Gudrun Margarete Elfriede Emma Anna Burwitz (born Himmler, 8 August 1929 – 24 May 2018) was the daughter of Margarete Himmler and Heinrich Himmler, Reichsführer-SS, leading member of the Party (NSDAP), and chief architect of the Final Solution. After the allied victory, she was arrested and made to testify at the Nuremberg trials. Having never renounced NS ideology, she consistently fought to defend her father’s reputation, and became closely involved in Neo-NS groups that give support to ex-members of the SS. She married Wulf Dieter Burwitz, an official of the far-right NPD. 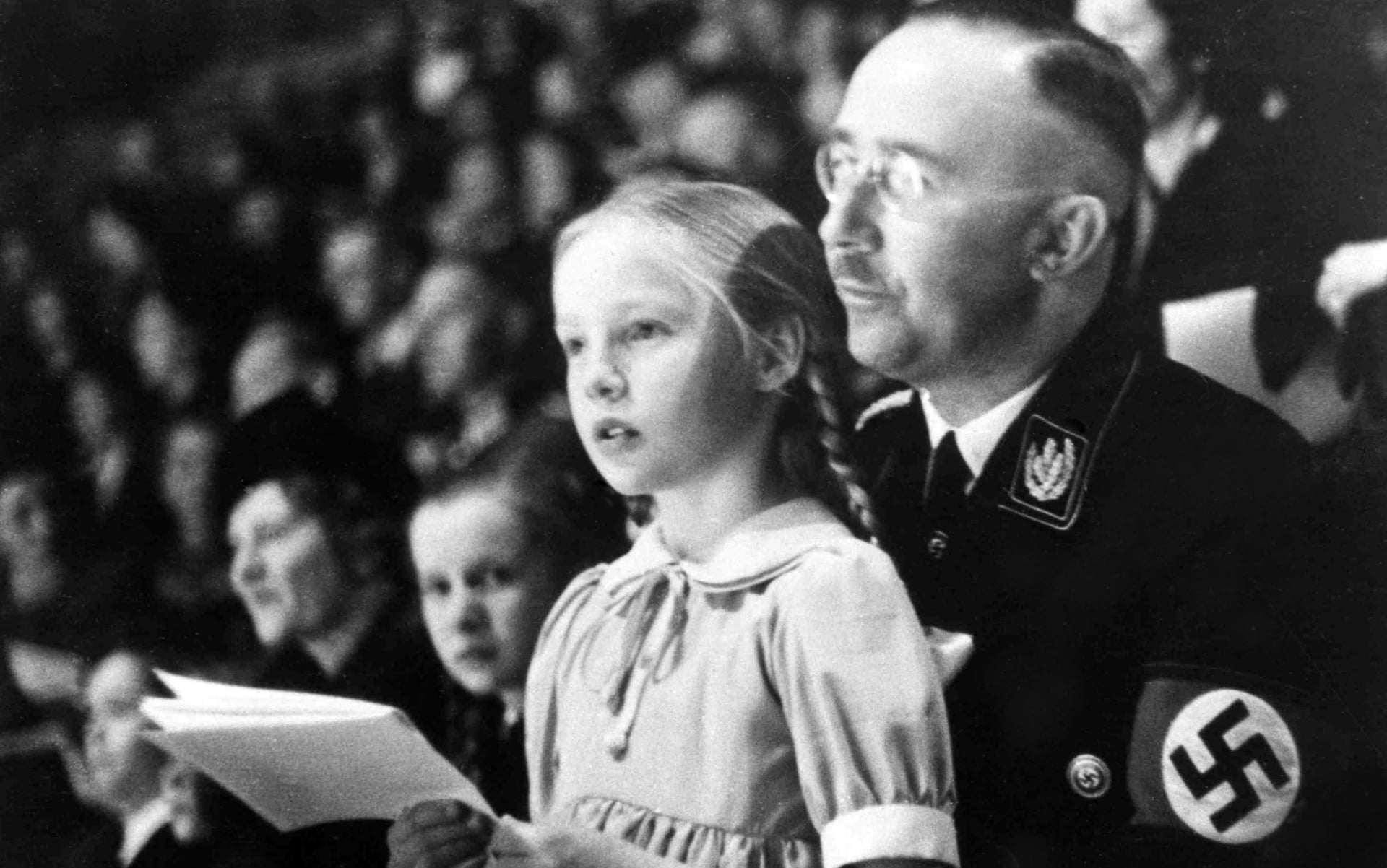 Heinrich Himmler adored his daughter and had her regularly flown to his offices in Berlin from Munich where she lived with her mother. She accompanied Heinrich Himmler on some official duties, for instance inspecting concentration camps (picture), or in other appearances. She has never renounced the national socialist ideology and has repeatedly justified the actions of her father, relative to the context of his time. People who know her say that she has created a golden image of her father.

Heinrich Himmler died in British captivity. She contested that his death was allegedly a suicide from a concealed cyanide capsule, as others did. After World War II she and her mother were held in detention by the British occupying powers for four years. She later bitterly referred to these years as the most difficult of her life, and that they had to atone for her father.

She married the journalist and author Wulf Dieter Burwitz. She has remained active in the national socialist community, and has since 1951 been a member of Stille Hilfe, an organisation providing support to arrested, condemned or fugitive former SS-members. In 1952 she helped to found Wiking-Jugend which was organized after the Hitler Youth model. She was a longtime friend of Florentine Rost van Tonningen (died in 2007), who was known in the Netherlands as “the black widow” and was active in national circles after the war.

For decades Gudrun Burwitz has been a prominent symbol and idol in Stille Hilfe . At various meetings, for instance the annual Ulrichsberg gathering in Austria, she enjoys the status as both a star and an authority.

Gudrun Burwitz has intensified the support for chased nationalists in recent years. This was particularly evident in the case of Anton Malloth, a supervisor of Theresienstadt, who was extradited to Germany in 1988 and after a prolonged public trial was sentenced in 2001 to life in prison. During 1988-2001 she arranged his stay at a nursing home in Pullach at the southern outskirts of Munich.