Soldiers of Fortune (2000) – Mercenaries, allegedly working for the Sierra Leone government, have been charged with defeating RUF rebels – but blood diamonds might be their true goal.

GRAB THE VERTICAL DIET 50% OFF BEFORE NOV 6! https://verticaldiet.com

Why is muslim colonization of Europe, Asia and Africa never regarded as colonialism?

Cultural marxism claims, that the European extraordinary development is thanks to colonialism and exploitation of colored people!

Why are countries that did not have colonies or very little colonial activity like Switzerland, Finland, Germany, Denmark, Norway and Sweden much more wealthy and successful, than countries that had a lot of colonies like Portugal, Spaine, and Turkey?

If stealing from others makes a country rich, why is Russia (and Poland) such a shithole? 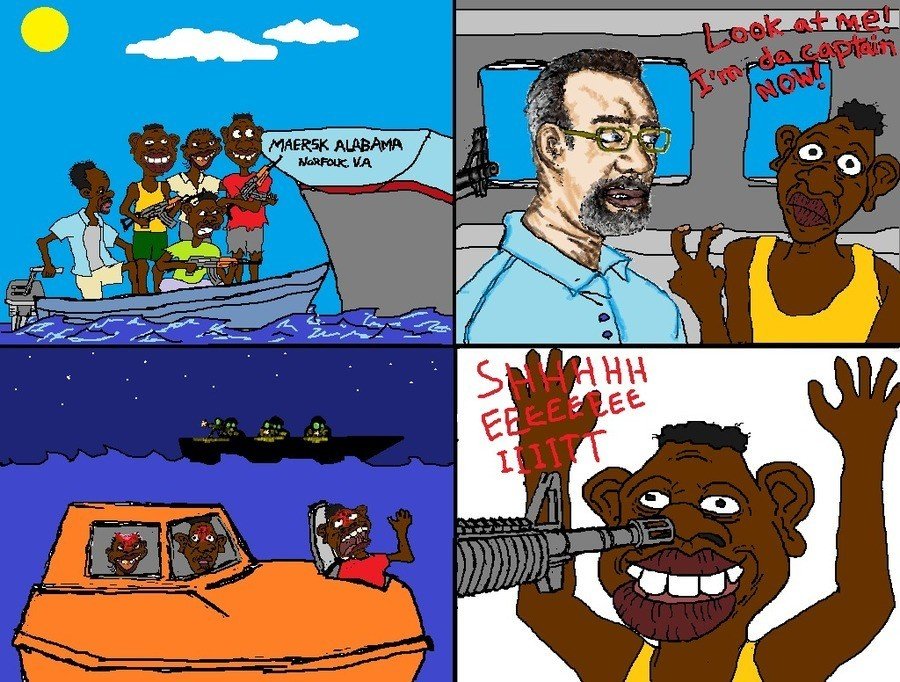 Watch it here and read here 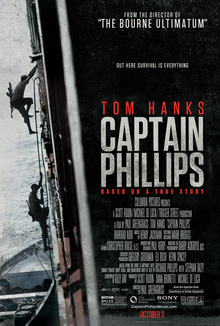 The best tweets are ones that straddle the boundary of acceptable leftist insanity and outright parody. Why do this? By blending in, one of two things will be achieved:

– Accelerationism. We will push the left to greater levels of insanity. This insanity will alienate centrists/moderates, and push them towards the right. It will also be funny to watch insane people say increasingly insane things. OR

– We will create an atmosphere of paranoia on Twatter. Leftists will not know who are their comrades and who are secretly NPCs. This will result in witch-hunting and collateral banning. But, most importantly, it will force leftists to THINK CRITICALLY about what they read on Twitter, even if it seems to be coming from someone on ‘their side’. This will break their NPC programming.

For shits and giggles, I propose we blame r/the_donald for all of this (pic related, at some point we could circulate this image on Twitter to heighten paranoia).

How can you help?

– Repost these instructions (and image) here and on reddit. Or make better ones and post those instead.

And so it begins. 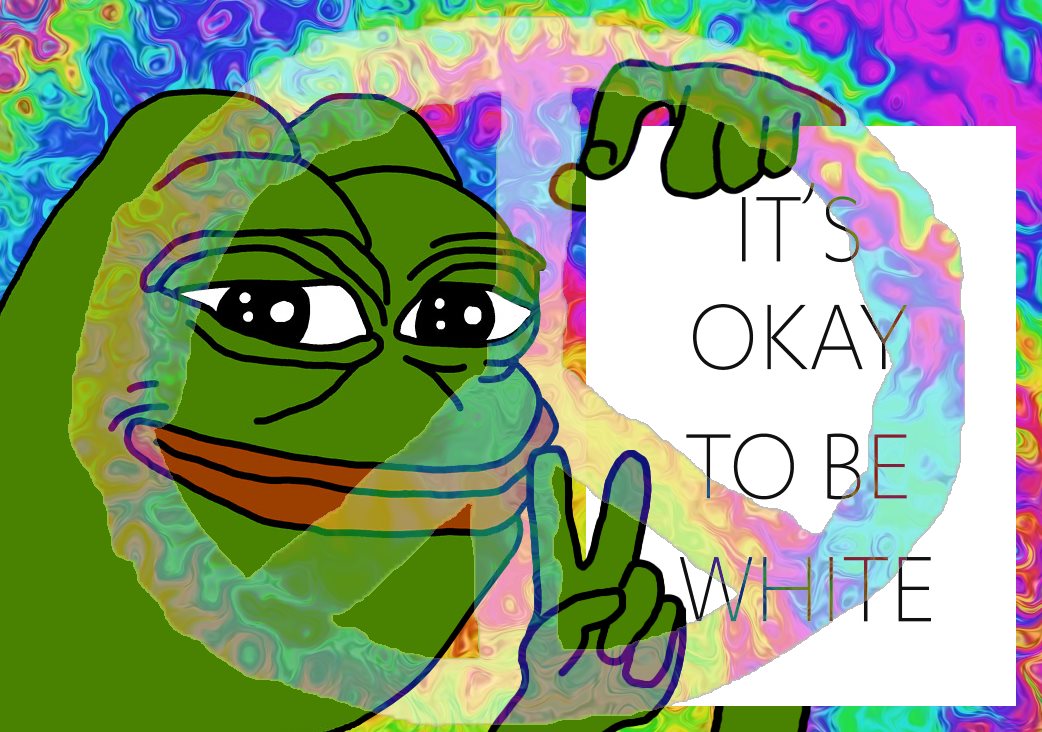 INSTRUCTIONS:
1. Posters go up on public spaces and campuses on Oct 31st
2. Only use the original design:

3. No vandalism or crime
4. (optional) wear a Halloween costume with a mask to blend in with trick-or-treaters for anonymity
5. If you see a fake version of the poster put up by a leftist, with links to websites or an altered message, rip it down

Building on the huge success of last year, IOTBW posters will be going up again this Halloween. Once again we will bait the left into revealing their hatred and racism towards white people for the voting public to see; we will rip the left’s mask off. Leftists are NPCs and their programming is too deeply ingrained for them to resist the bait; they will take it again because they are 100% driven by emotion (hatred) and have zero self control.

History of the Frankfurt School

The first generation of the Frankfurt School were all Jews and the Institute of Social Research itself was funded by a Jewish millionaire, Felix Weil. It was created during the Weimar Republic and soon become very influential. The Frankfurt School was perceived to be a communist organization and was closed down within six weeks of Hitler’s ascent to power. It migrated to the United States (until after World War II), where it was also widely perceived to be a communist organization.

Critical theory is the name applied to the theoretical perspective of the Frankfurt School. It and its influence is discussed in the article on Cultural Marxism

Critical theory is the name applied to the theoretical perspective of the Frankfurt School. It and its influence is discussed in the article on Cultural Marxism.

Cultural Marxism is a term used by critics and even self-admitted Marxists are unlikely to use the term to describe their own ideology. Also, Cultural Marxism has its origin in Marxist ideas but those promoting the ideas of Cultural Marxism today may not always know of this or consider themselves to be Marxists.

Instead, promoters of Cultural Marxism may use terms such as critical theory, postmodernism, deconstruction, or similar terms. Many do not know the origin of their own somewhat Cultural Marxist ideas and may, for example, describe themselves as social liberals.

Since culture is considered the primary factor which sustain inequalities, Cultural Marxism is opposed to other explanations for inequalities such as religious explanations, individual choices, or genetic factors.

Unlike Marxism which primarily focuses on economic inequalities and economic classes, Cultural Marxism see culture as a main cause for many different kinds of inequalities:

Cultural Marxism places great emphasis on analyzing, controlling, and changing the popular culture, the popular discourse, the mass media, and the language itself. Seeing culture as often having more or less subconscious influences on people which create and sustain inequalities, Cultural Marxists themselves often try to remove these inequalities by more or less subtle manipulation and censorship of culture.

A term describing such censorship is political correctness where all views on equality that disagree with the Cultural Marxist view are avoided, censored, and punished.

Related to Cultural Marxism are various forms of relativism/subjectivism and denial of the existence of objective knowledge.

The phrase “The long march through the institutions of power” refers to Cultural Marxists slowly taking over key positions in the institutions controlling culture in order to create a new culture. In effect this will create revolutionary changes without having to resort to political violence. It also reflects a worldview where Cultural Marxists view themselves as infiltrators and subversives. (The phrase is often attributed to Antonio Gramsci but was instead coined by another Cultural Marxist (Rudi Dutschke) who was influenced by Gramsci’s ideas.)

The Frankfurt School and critical theory

The idea that a culture may be problematic is not new but Cultural Marxism in its current form originates in the Frankfurt School. The Frankfurt School is a neo-Marxist school which originated around 1923 at the Institute for Social Research in Frankfurt, Germany.

Freudian psychoanalysis was an important influence on critical theory. One example is the influential book The Authoritarian Personality where psychoanalytic ideas are used to pathologize Western love and pride of Christianity, the family, and the nation.

The tendency to pathologize opponents as being irrationally sick has continued with, for example, labels such as homophobia and Islamophobia.

The Frankfurt School was an important influence behind the various leftist movements which started in the 1960s.

Many later cultural ideologies such as postmodernism, postcolonialism, deconstruction, and multiculturalism are heavily influenced by critical theory. Kevin MacDonald writes in the Culture of Critique that they adopted principles such as “the fundamental priority of ethics and values in approaching education and the social sciences; empirical science as oppressive and an aspect of social domination; a rejection of the possibility of shared values or any sense of universalism or national culture; a “hermeneutics of suspicion” in which any attempt to construct such universals or a national culture is energetically resisted and “deconstructed””.

See also the article on Relativism.

The various ideologies originating in the Frankfurt school can (like Marxism and psychoanalysis) be considered pseudosciences with theories that cannot be falsified. Often not replying to the factual arguments of critics, the critics are instead often analyzed with the theories and declared to be sick or having hidden motives (ad hominem). They are often similar to sects with adored and charismatic leaders and cleansing of heretics in the own group with less than orthodox views.

Kevin MacDonald argues in the Culture of Critique that critical theories and later ideologies are part of a Jewish group evolutionary strategy. The members of the early Frankfurt School were Jews as were many of the later influential individuals (as well as Marx and Freud). These Jews in their own writings often expressed a strong Jewish identity and concern with Jewish interests. Undermining and dividing a strong group identity among the majority as well as strengthening the position of minorities was seen as important and beneficial for Jewish interests. He furthermore argues for a double standard (sometimes involving self-deception) where the Jewish culture/group in practice is seen as superior and not to be affected by the cultural changes affecting the inferior majority.

Boasian anthropology and other intellectual movements

MacDonald has also argued for similar developments in sociology and other social sciences where the increasing influence of often Jewish intellectuals is argued to have caused effects such as a decline of Darwinism and other biological perspectives. For example, in sociology the names of Karl Marx, Max Weber, and Émile Durkheim replaced those of Charles Darwin and Herbert Spencer.

In psychology the early biologically/genetically influenced perspective influenced by Charles Darwin and his half-cousin Francis Galton lost influence to movements such as psychoanalysis and behaviorism. Also here political considerations and networking are argued to have been very important.

The Frankfurt School has also been associated with certain forms of modern art.

Leftist sources often dismiss Cultural Marxism not by using factual arguments but instead by labeling it a “conspiracy theory“. This can be seen as a form of guilt by association instead of a factual argument. Also, Kevin MacDonald has rejected an overarching conspiracy similar to The Protocols of the Learned Elders of Zion (see the article Jewish group evolutionary strategy).

The Institute for Social Research in Frankfurt was/is no secret conspiracy group but open regarding its intents and had/has many similarities to modern think thanks/”policy institutes” which openly advocate certain ideas/ideologies and try to influence and shape public discourse, culture, and society.

Who brought the slaves to America?

Parliament is concerned by the increasing “normalisation of fascism, racism and xenophobia” and calls on EU member states to ban n”eo-fascist and neo-Nazi groups”.

A Senegalese boy, who was a witness, told the police:

“I arrived there between midnight or half past midnight” – the African boy added – “I went in and there was a girl screaming, in the building there were Africans and Arabs: a few people, six or seven people”.

In the night of July 16-17, 1918, a squad of Bolshevik secret police murdered Russia’s last emperor, Tsar Nicholas II, along with his wife, Tsaritsa Alexandra, their 14-year-old son, Tsarevich Alexis, and their four daughters.

They were cut down in a hail of gunfire in a room of the house in Ekaterinburg, a city in the Ural mountain region, where they were being held prisoner.