The Leopard 2 is a main battle tank developed by Krauss-Maffei in the 1970s for the West German Army. The tank first entered service in 1979 and succeeded the earlier Leopard 1 as the main battle tank of the German Army. It is armed with a 120 mm (Rheinmetall) smoothbore cannon, and is powered by a V-12 twin-turbo diesel engine. Various versions have served in the armed forces of Germany and 12 other European countries, as well as several non-European nations, including Canada, Chile, Indonesia, Singapore, and Turkey. The Leopard 2 was used in Kosovo with the German Army, and has seen action in Afghanistan with the Danish and Canadian contributions to the International Security Assistance Force, as well as also seeing action in Syria with the Turkish Armed Forces against ISIS and the YPG.

There are two main development batches of the tank: the original models up to Leopard 2A4, which have vertically faced turret armour, and the “improved” batch, namely the Leopard 2A5 and newer versions, which have angled arrow-shaped turret appliqué armour together with other improvements. All models feature digital fire control systems with laser rangefinders, a fully stabilised main gun and coaxial machine gun, and advanced night vision and sighting equipment (first vehicles used a low-light level TV system or LLLTV; thermal imaging was introduced later on). The tank has the ability to engage moving targets while moving over rough terrain. 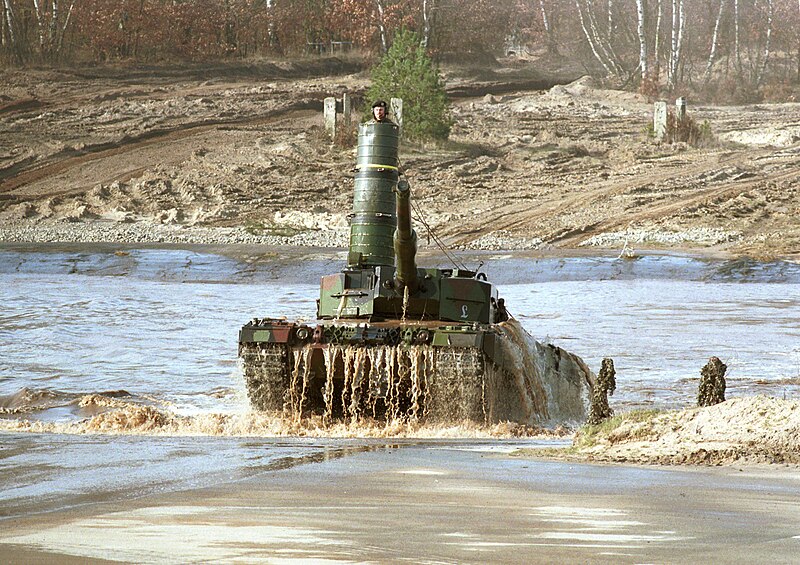 The Leopard 2 can drive through water 4 meters (13 ft) deep using a snorkel or 1.2 meters (3 ft 11 in) without any preparation. It can climb vertical obstacles over one metre high.

The German Army has prioritised mobility in its Leopard 2, which might be the fastest main battle tank in the world.

In July 1973 German Federal Minister of Defence Georg Leber and his US counterpart James R. Schlesinger agreed upon a higher degree of standardization in main battle tanks being favourable to NATO. By integrating components already fully developed by German companies for the Leopard 2, the costs of the XM1 Abrams, U.S. prototype tank developed after the MBT-70, should be reduced. A German commission was sent to the US to evaluate the harmonisation of components between the XM1 and Leopard 2.   However, by American law it was not possible for a public bidder to interfere in a procurement tender after a contract with intention of profits and deadline was awarded to companies of the private industry.

As a result, the modification of the Leopard 2 prototypes in order to meet the US Army requirements was investigated. Following a number of further talks, a memorandum of understanding (MOU) was signed on 11 December 1974 between the Federal Republic of Germany and the United States of America, which declared that a modified version of the Leopard 2 should be trialled by the USA against their XM1 prototypes, after the Americans had bought and investigated prototype PT07 in 1973. The MOU obligated the Federal Republic of Germany to send a complete prototype, a hull, a vehicle for ballistic tests and a number of special ballistic parts to the USA, where they would be put through US testing procedures for no additional costs.

The Leopard 2AV (austere version) was based on the experiences of the previous Leopard 2 development. It was created in order to meet the US requirements and the latest protection requirements of the German MoD. The turret T14 mod was used as base for the Leopard 2AV’s turret, but meeting the required level of protection for the hull required several attempts until the final ballistic trials on 23 to 26 June 1976.  Following the US’ preference of laser rangefinders, the turret of prototype PT19 was fitted with a laser rangefinder developed together with the American company Hughes.  In comparison with the earlier Leopard 2 prototypes, the fire control system was simplified by replacing the EMES-12 optical rangefinder and removing the crosswind sensor, the air-pressure and temperature sensors, the powder temperature sensor, the PERI R12 commander sight with IR searchlight, the short-range grenade launcher for use against infantry, the retractable search-light, the spotlight, the retractable passive night vision sight, the APU and the mechanical loading assistant.

Two new prototype hulls and three turrets were shipped to the US: PT20 mounting a 105 mm rifled L7 gun and a Hughes fire control system, PT19 with the same fire control system but able to swap out the gun for the 120 mm Rheinmetall smoothbore gun, and the PT21 fitted with the Krupp Atlas Elektronik EMES-13 fire control system and the 120 mm Rheinmetall gun. The Leopard 2AV fully met the US requirements. A study made by the American FMC Corporation showed, that it was possible to produce the Leopard 2AV under licence in America without exceeding the cost limits set by the Army.  But already before the trials were finished, it was decided that instead of the US army possibly adopting the Leopard 2AV, the focus was shifted on the commonization of components between the two tanks. FMC, after having acquired the licences for production of the Leopard 2AV, decided not to submit a technical proposal, as they saw little to no chance in the US Army adopting a vehicle not developed in the USA.

The US Army evaluation showed that on the XM1 a larger portion of the tank’s surface was covered by special armour than on the Leopard 2AV. Differences in armour protection were attributed to the different perceptions on the expected threats and the haste in which the Leopard 2AV was designed to accommodate special armour.  On mobility trials the Leopard 2AV performed equal to better than the XM1 prototypes. The AGT-1500 gas turbine proved to consume about 50% more fuel and the Diehl tracks had a higher endurance, while the tracks used on the XM1 prototypes failed to meet the Army’s requirements. The heat signature of the MTU diesel engine was much lower. The fire control system and the sights of the Leopard 2 were considered to be better and the 120 mm gun proved to be superior. The projected production costs for one XM1 tank were $728,000 in 1976, the costs for one Leopard 2AV were $56,000 higher.

After the American evaluation of the Leopard 2AV and the US army’s decision to opt for the XM1 Abrams, both American and German sources blamed the other side. According to American literature it was discovered, that the Leopard 2AV prototype used for mobility trials was underweight.

In Germany the test conditions were criticised for being unrealistic and favouring the XM1. Instead of using actual performance data, the calculated hypothetical acceleration was used. The XM1 was found to have a slightly higher rate of fire despite having internal layouts similar to the Leopard 2AV, because the XM1 prototypes were manned by professional crews, while the Leopard 2AV had to be manned by conscripts in order to prove that the Leopard 2AV was not too complicated.  Firing on the move was demonstrated on flat tracks, which nullified the better stabilization systems of the Leopard 2AV. 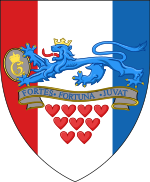 In October 2007, Denmark also deployed Leopard 2A5 DKs in support of operations in southern Afghanistan. The Danish tank unit, drawn from the first battalion of the Jydske Dragonregiment (Jutland Dragoons Regiment), was equipped with three tanks and one M113 armoured personnel carrier, with an armoured recovery vehicle and another tank kept in reserve. The Danish version of the Leopard 2A5 is fitted with Swedish-made Barracuda camouflage mats, that limit the absorption of solar heat, thus reducing infrared signature and interior temperature. It also has a conventional driver’s seat bolted on the floor of the tank, wherereas in the Canadian 2A6M (as part of the mine-protection package) the driver’s seat has been replaced by a “Dynamic Safety Seat”,  which is a parachute-harness like arrangement that the driver wears around his hip; in this way, the driver does not have any contact with the hull except on the pedals and is out of the shockwave area of exploding land mines or IEDs.

In January 2008, Danish tanks halted a flanking manoeuvre by Taliban forces near the Helmand River by providing gunfire in support of Danish and British infantry from elevated positions. On 26 February 2008, a Danish Leopard 2 was hit by an explosive device, damaging one track. No one was injured and the tank returned to camp on its own for repairs. The first fatality suffered by a crew operating a Leopard 2 happened on 25 July 2008. A Danish Leopard 2A5 hit an IED in Helmand Province. The vehicle was able to continue 200 metres (656 ft) before it halted. Three members of the four-man crew were able to escape even though wounded, but the driver was stuck inside. On site treatment by Danish medics could not save him. The vehicle was towed to FOB Attal and then later to FOB Armadillo for investigation and possible redeployment. During the same contact with Taliban forces, a second tank was caught in an explosion but none of the crew were wounded. Beginning on 7 December 2008, Leopard 2 tanks took part in Operation Red Dagger, firing 31 rounds in support of Coalition troops as they recaptured Nad Ali District. A press release from the British Ministry of Defence praised the tank’s fire accuracy and mobility, claiming the Leopard 2 was a decisive factor in the coalition’s success. Danish Leopard 2A5s are, as of 2013, still in Afghanistan, providing security cover for the withdrawal of British and NATO troops. 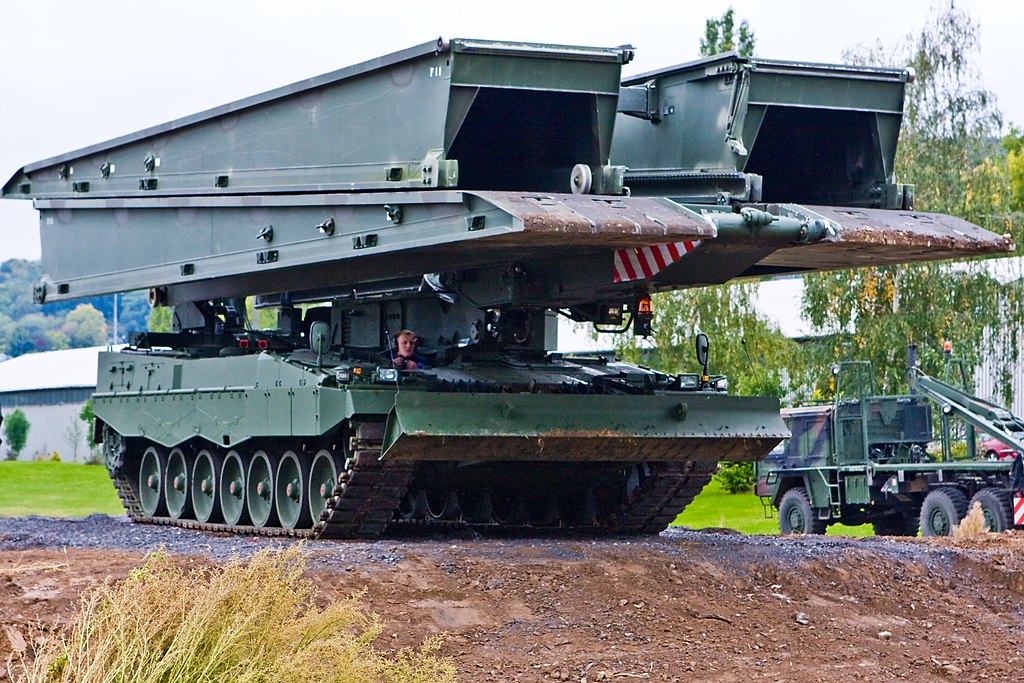 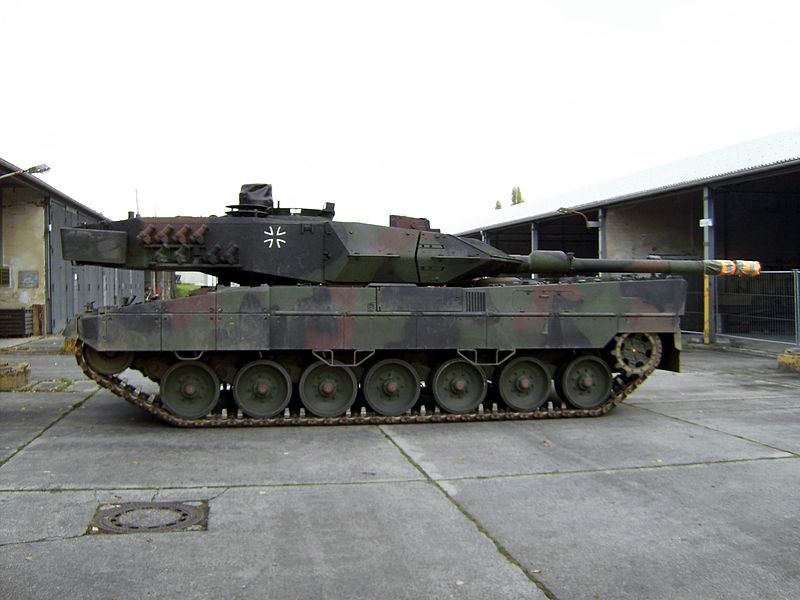 Missiles vs Tank Guns: Why Guns are better!