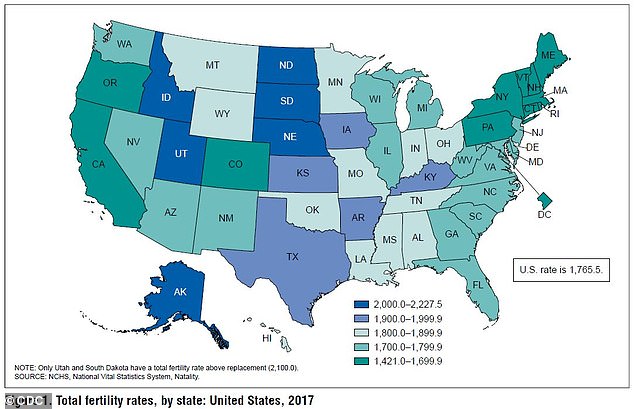 The highest total fertility rate was in South Dakota, 57 percent greater than the lowest rate in Washington, DC.  But the nationwide fertility rate was 16 percent lower than what is considered the level for a population to replace itself.