Eishammer Castle is a modern castle in the 18th century north of Neuenshmidten, a part of the municipality of Brachttal in the Main Kinzig district of Hesse in Germany. 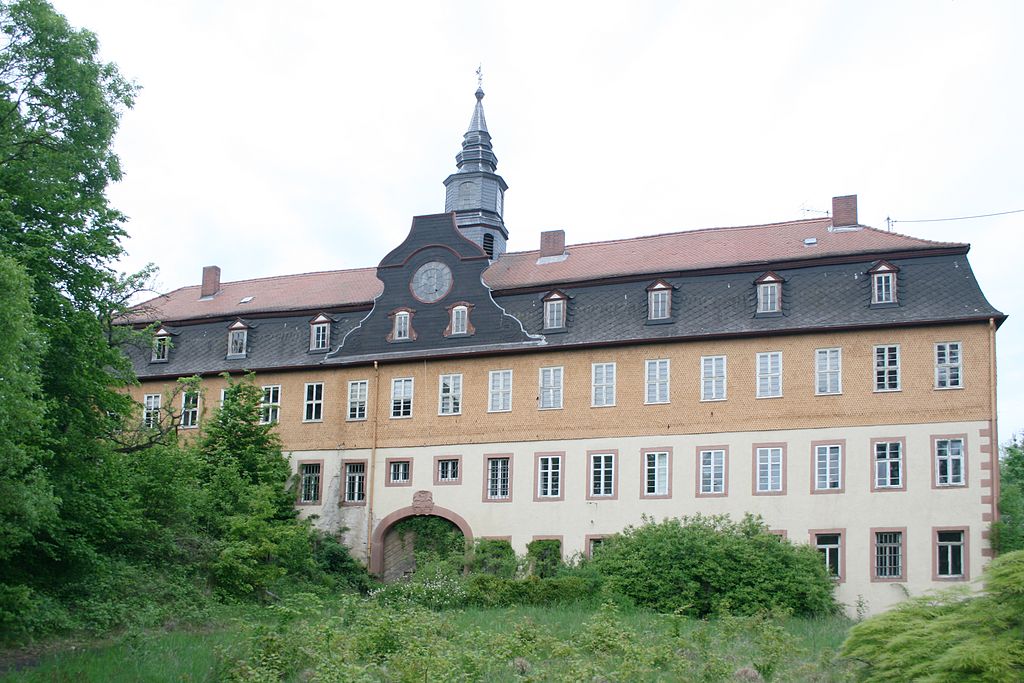 On the eastern edge of the Büdingen Forest and south of the Vogelsberg mountain there were already hammer mill businesses before the castle was built. In 1707, Countess Maria Albertina founded the company near Neuenschmidten in Isenburg-Büdingen. The company exceeded the county’s financial capabilities and was therefore formed as a working group, of which Isenburg held 8/16. The farm included its own grain mill for the workers, liquor distillery, brewery with a storage facility for the drivers, bakery and a crab shop.
In 1722/23 the farm was acquired by the grated Chamber Council on Meerholz Johann Wilhelm Schmidt. He had the castle building built, which for the time has unusually baroque forms. It may have had only one existing building expanded in a contemporary manner. The interior has probably never been completed. The business was continued by his daughter and her husband until 1741 after Schmidt’s death, and after bankruptcy, the iron hammer mill was operated by the Rühle von Lilienstern family in the 18th and early 19th centuries.
Victor von Isenburg-Birstein bought the complex in 1835. In 1855 Buderus bought the iron hammer mill for 52,000 fl. (Guilder), but closed the plant as early as 1859 because it was not competitive compared to the facilities of dysentery, lahn and victory. Ferdinand Maximilian von Isenburg-Wächtersbach bought the complex back in 1875 and used it as a furniture factory, partly it was also used by the Wächtersbach line as a hunting lodge. Since then, the castle building has served private residential purposes, but has been vacant since 2012. In 2017, the 64,000-square-foot site was sold and has been privately owned ever since. Kühnast Radiation Technology GmbH (Kühnast Strahlungstechnik GmbH) also moved its headquarters to the site in January 2017. 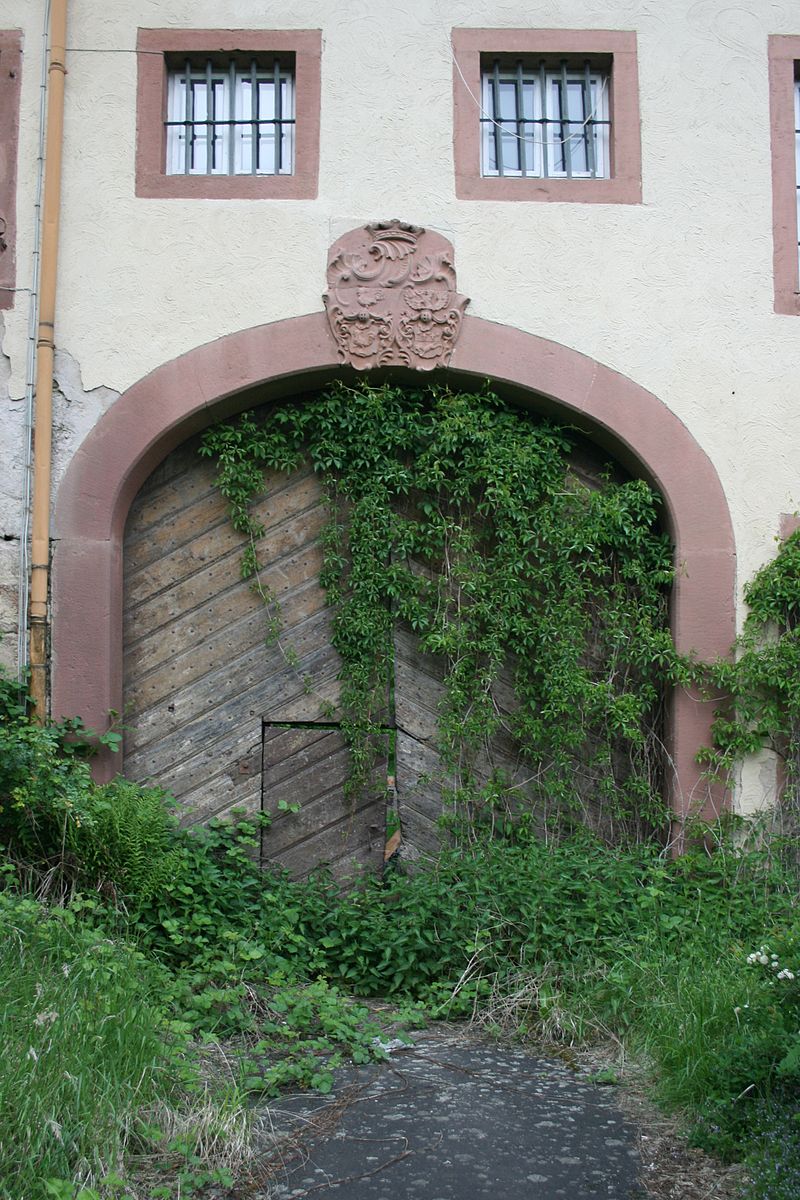 The castle is a wide, baroque administrative building with 20 window axes, mansard roof, central diaphrase and high roof rider with a multi-staggered hood. The central axis is emphasized by the gate passage, above which is placed in a cartridge of sandstone allian cardboard of the families of Haan and Rühle von Lilienstern. Earth-and first floors are made of plastered sandstone masonry, above which is buried truss. On the court side is a curved staircase.
Various outbuildings are grouped around the courtyard, including an early 18th century residence made of plastered truss with a manard roof, as well as various farm buildings from the 18th to the 20th century.
In an annex of the building complex there is a hydroelectric power plant of a fallow town company.
Near the castle stands a thousand-year-old oak tree with a chest height circumference of 7.88 m (2014). This is one of the thickest oaks in Germany. Location: 50° 19′ 9,9″ N, 9° 17′ 5,1″ O