Hotel Royal is a historic hotel in the heart of Aarhus, Denmark, in the central Indre By neighborhood. It overlooks Aarhus Cathedral and the large Store Torv square. The hotel is among the highest ranked hotels in Denmark with a history as the most prestigious in the city.

The hotel, which today has 64 rooms, was founded in 1838 by the innkeeper Niels Larsen from Odense. The new hotel was constructed from two existing buildings overlooking Aarhus’ central square. It quickly established a reputation for luxury with clients including royalty, politicians, writers, film stars and singers. It became the foremost hotel in the city and the place for local high society to socialize. 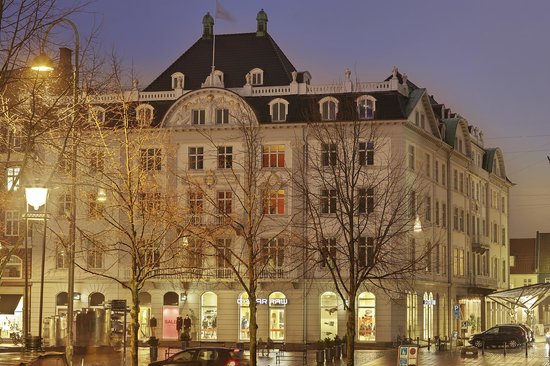