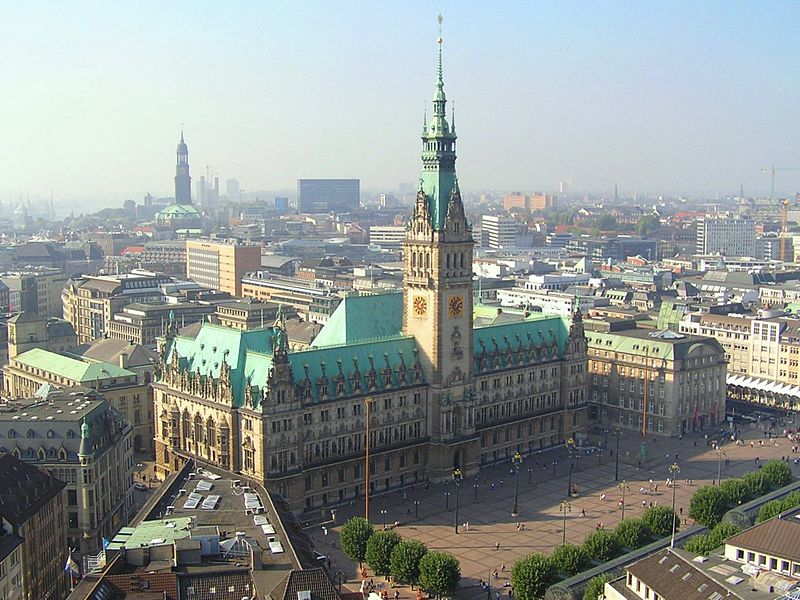 Hamburg City Hall (German: Hamburger Rathaus, pronounced [ˌhambʊɐ̯ɡɐ ˈʁaːthaʊs]) is the seat of local government of the Free and Hanseatic City of Hamburg, Germany. It is the seat of the government of Hamburg and as such, the seat of one of Germany’s 16 state parliaments. The Rathaus is located in the Altstadt quarter in the city center, at the Rathausmarkt square, and near the lake Binnenalster and the central station. Constructed from 1886 to 1897, the city hall still houses its original governmental functions with the office of the First Mayor of Hamburg and the meeting rooms for Hamburg’s parliament and senate (the city’s executive). 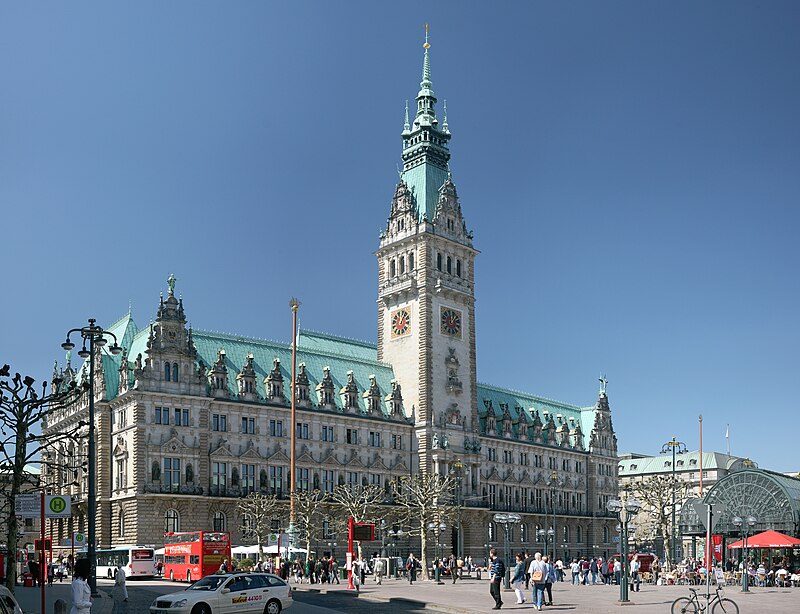 After the old city hall was destroyed in the great fire of 1842, it took almost 44 years to build a new one. The present building was designed by a group of seven architects, led by Martin Haller. Construction started in 1886 and the new city hall was inaugurated in 1897. Its cost was 11 million German gold marks, about €80 million. On October 26, 1897 at the official opening ceremony the First Mayor Johannes Versmann received the key of the city hall.

In the postwar period, various heads of state visited Hamburg and its City Hall — among them Emperor Haile Selassie I, the Shahanshah Mohammed Reza Pahlavi in 1955, and in 1965 Queen Elizabeth II. An emotionally moving service of remembrance was held on the market-square for the victims of the North Sea flood of 1962. Happier moments were the celebrations of Hamburger SV as German football champions, the last time though in 1983.

In 1971 a room in the tower was only discovered accidentally during a search for a document fallen behind a filing cabinet. So there is a probability that there are even more rooms than the currently counted 647 rooms. 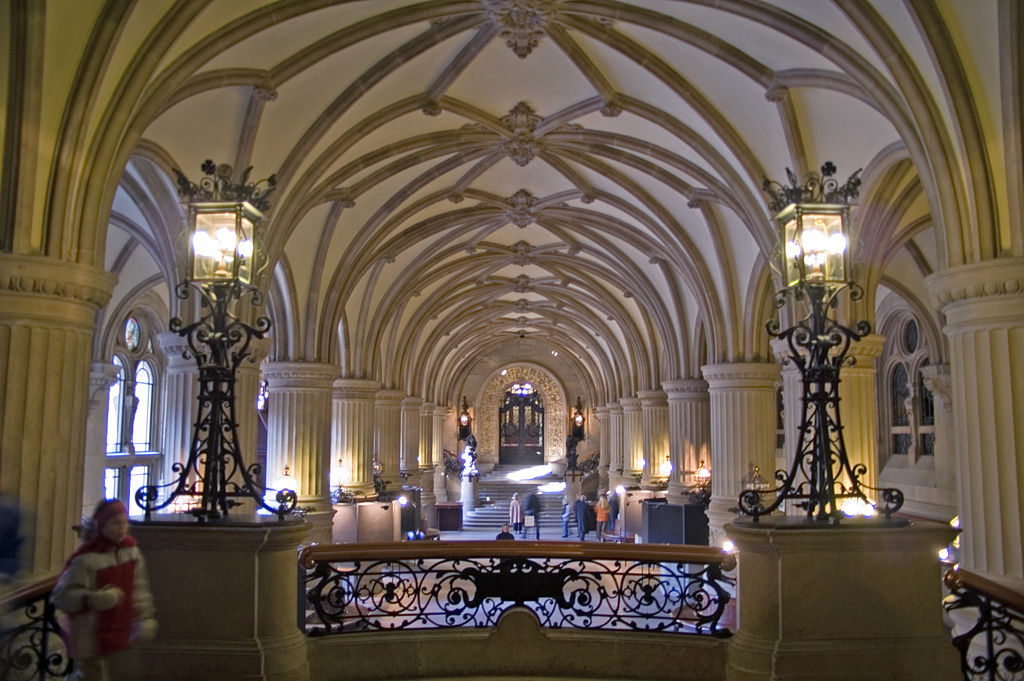 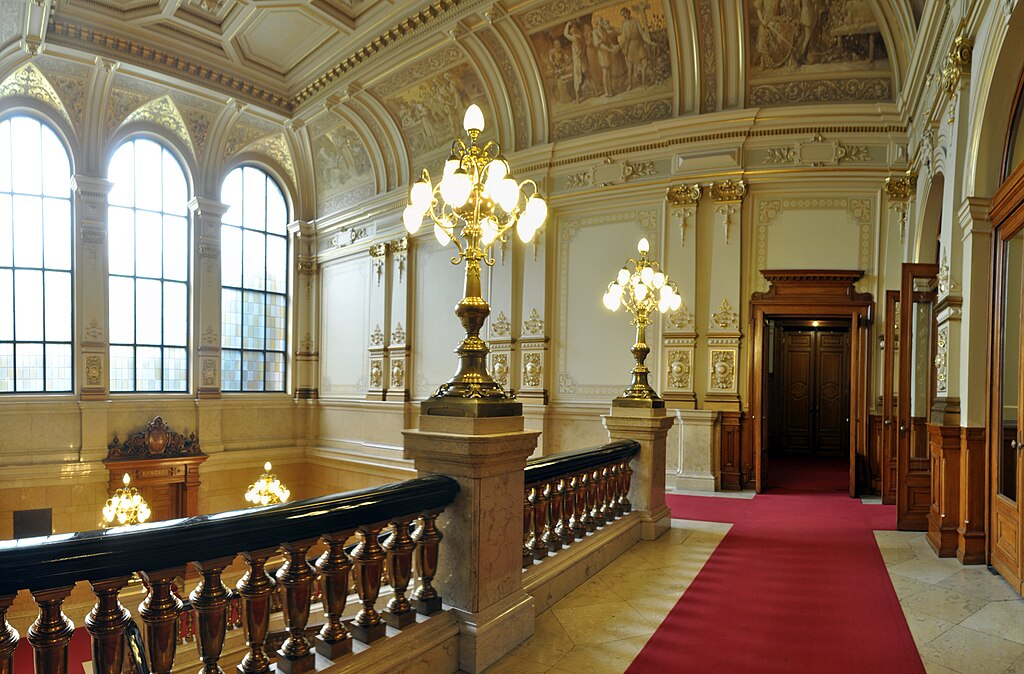 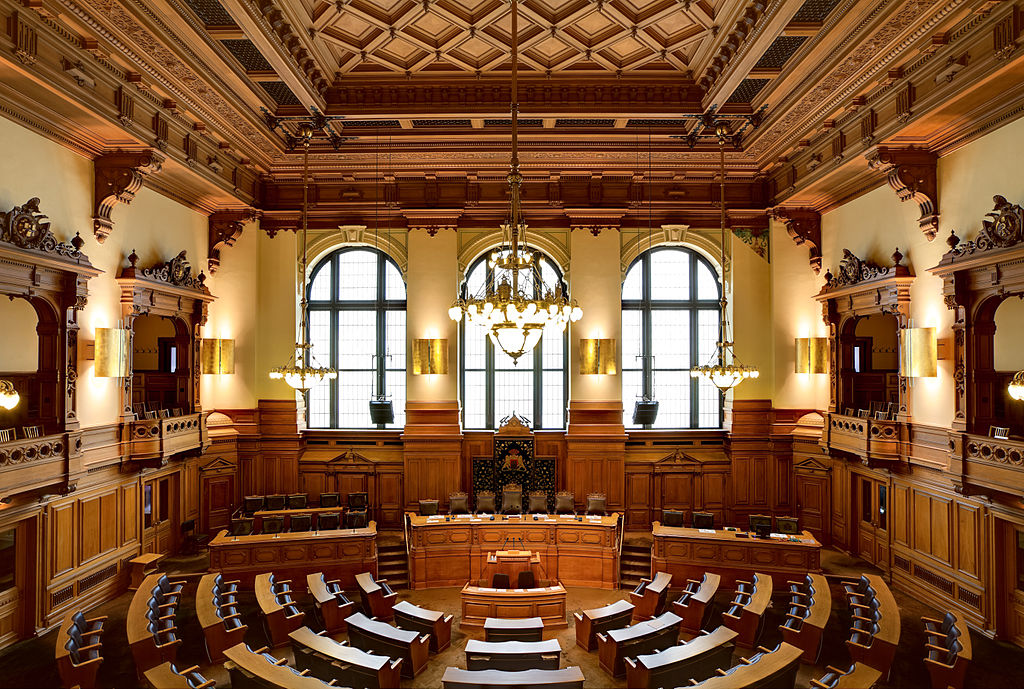 On the outside the architectural style is neo-renaissance, which is abandoned inside for several historical elements. It is one of the few completely preserved buildings of historicism in Hamburg. Built in a period of wealth and prosperity, in which the Kingdom of Prussia and its confederates defeated France in the Franco-German War and the German Empire was formed, the look of the new Hamburg Rathaus was intended to express this wealth and also the independence of the State of Hamburg and Hamburg’s republican traditions. The city hall has a total area of 17,000 m2 (182,986 sq ft), not including the restaurant Ratsweinkeller, now called Parlament, of 2,900 m2 (31,215 sq ft). The tower is 112 metres (367 ft) high with 436 steps. It is a common misconception that Hamburg Rathaus has more rooms than Buckingham Palace (647 vs. 775), on a building area of 5,400 m2 (58,125 sq ft).

The balcony is surmounted by a mosaic of Hamburg’s patron goddess Hammonia, the city’s coat of arms and an inscription of the city’s motto in Latin:

“Libertatem quam peperere maiores digne studeat servare posteritas.” (in English: The freedom won by our elders, may posterity strive to preserve it in dignity.)

The courtyard is decorated with a Hygieia fountain. Hygieia as the goddess of health and hygiene in Greek mythology and its surrounding figures represents the power and pureness of the water. It was built in remembrance of the cholera epidemic in 1892, the former technical purpose was air cooling in the city hall. 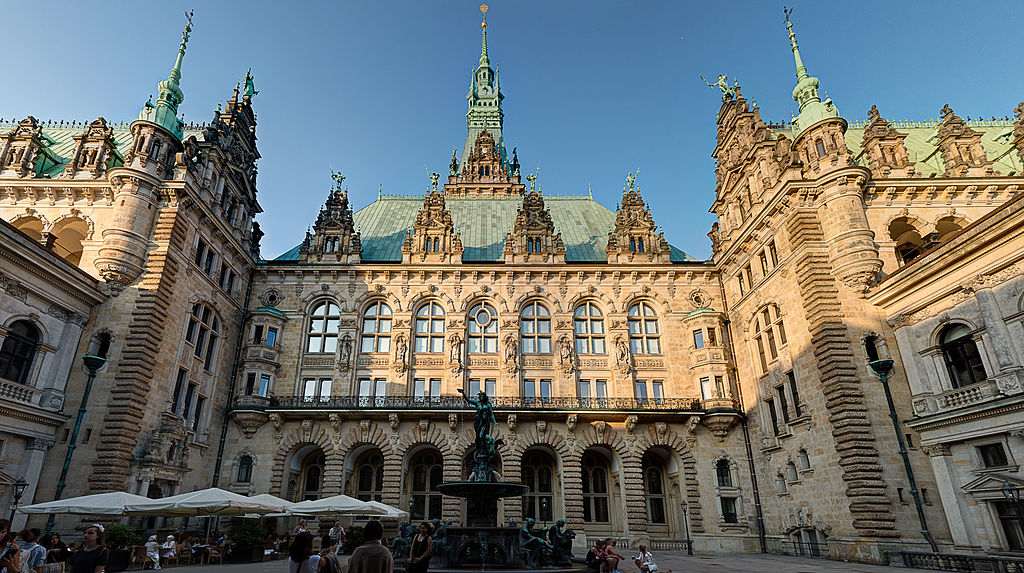 The lobby is a public area used for concerts and exhibitions. It is open to the public. The emperor’s hall in the first floor is the second-largest representation hall, named after Wilhelm II and functions as a room for official presentations. The mayor’s hall was planned as a small meeting room. In the room as of 2008 the entry in the city’s Golden Book take place, which was done by many dignitaries including the former German President Paul von Hindenburg and the Dalai Lama. In the left wing is the floor of the Hamburg Parliament. The 121 representatives meet in a room that was renovated during the Hitler era. Only three fields on the ceiling shows its original decoration. 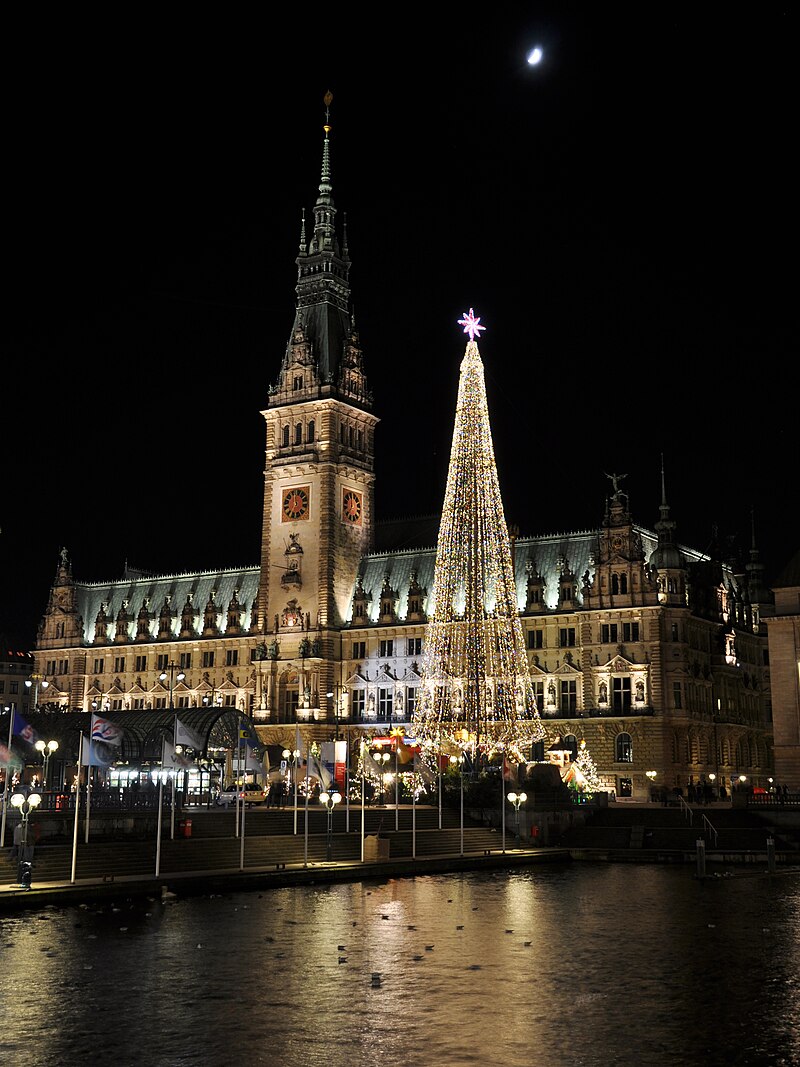 The city hall is located in the center of Hamburg. In front of it is a market-square, the Rathausmarkt, used for events and festivals. At the rear of the town hall is the Hamburg Stock Exchange. The main shopping street, Mönckebergstraße, connects the town hall with the central station. The Binnenalster with the Jungfernstieg station and quay for the Alster ships is directly north of the Rathaus. A nearby architectural landmark is the St. Peter’s Church. 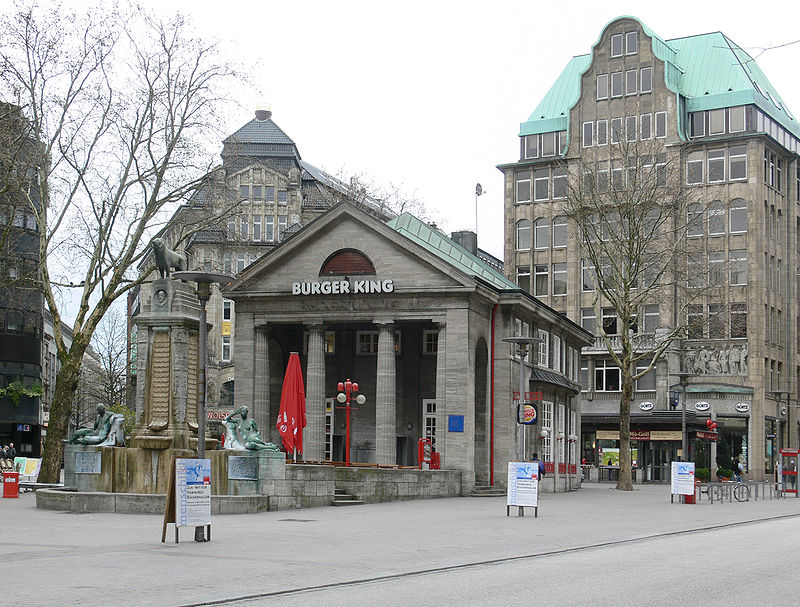 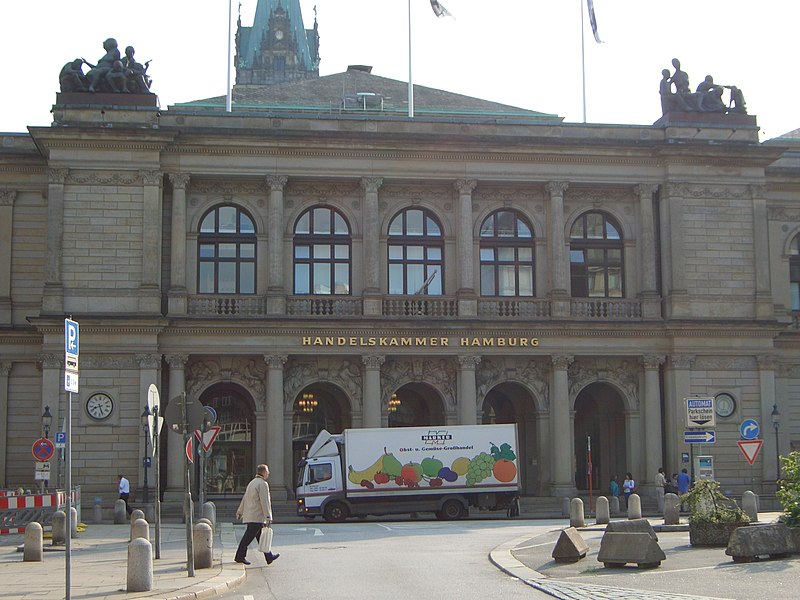 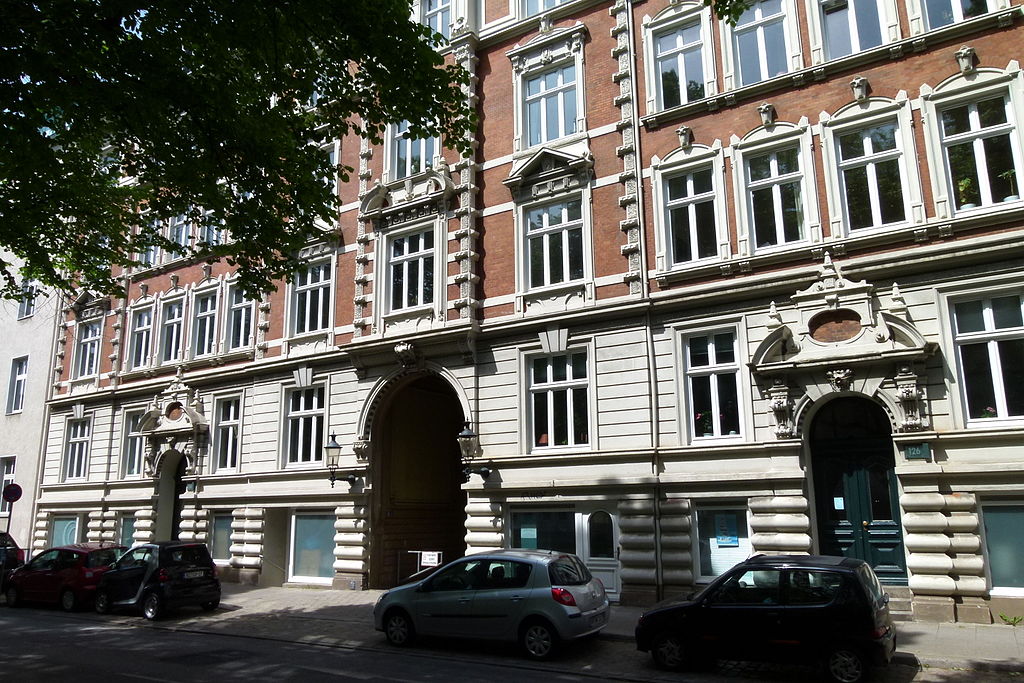 The many streams, rivers and canals are crossed by some 2,500 bridges, more than London, Amsterdam and Venice put together. 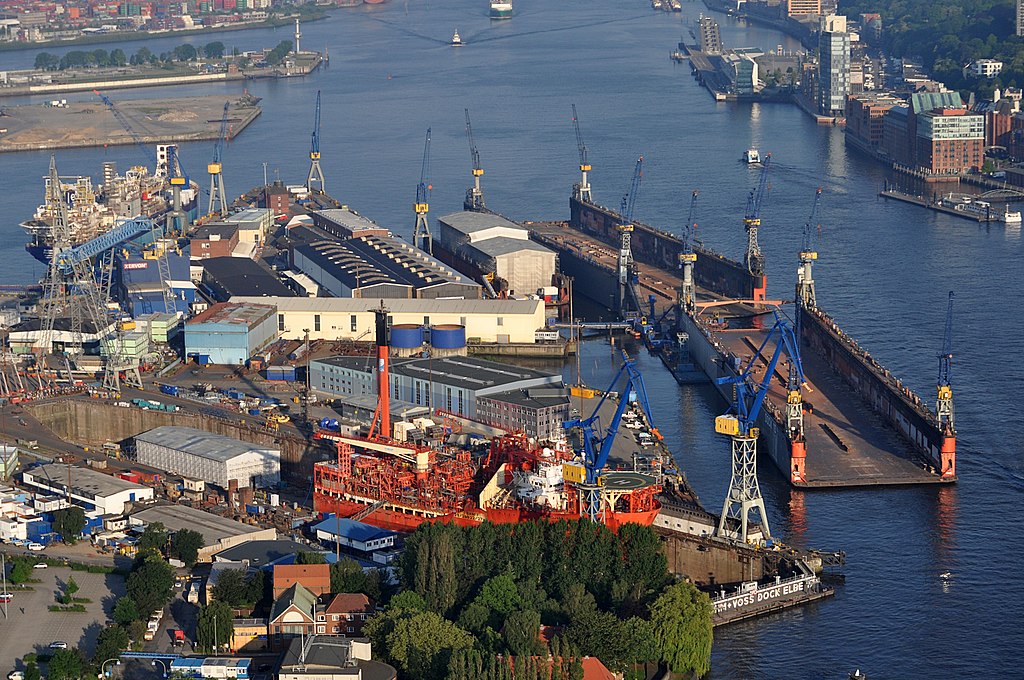 German pronunciation (help·info)) is a quarter in the district of Hamburg-Mitte, Hamburg, Germany, Europe. It is located on the Elbe river island Grasbrook, on former Port of Hamburg area. 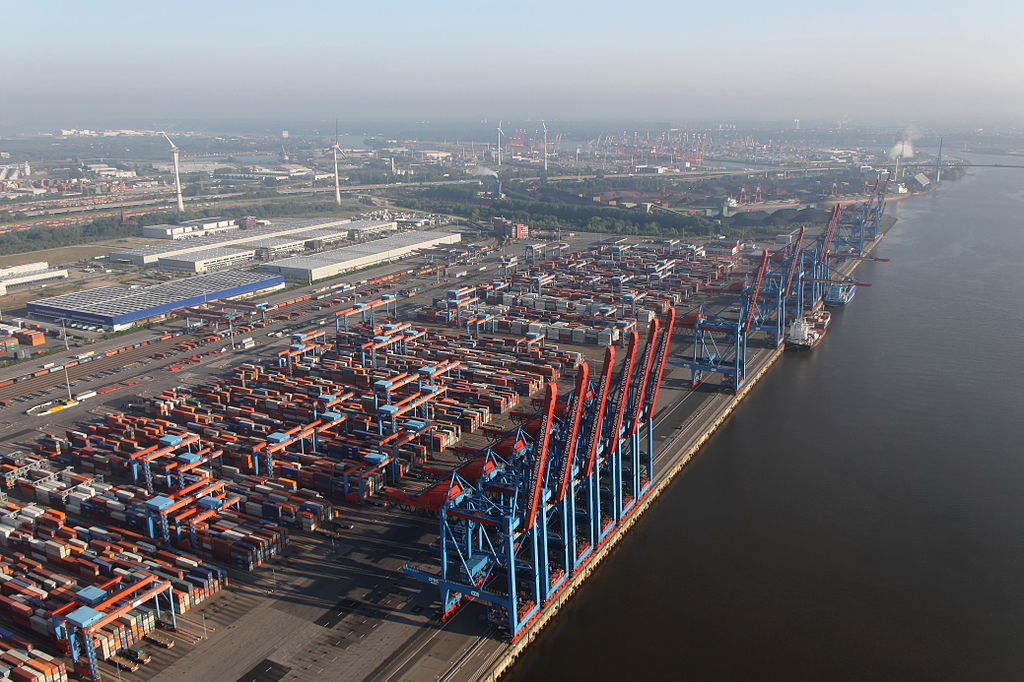 The Port of Hamburg (German: Hamburger Hafen) is a sea port on the river Elbe in Hamburg, Germany, 110 kilometres from its mouth on the North Sea.

It’s Germany’s largest port and is named the country’s “Gateway to the World” (Tor zur Welt). In terms of TEU throughput, Hamburg is the third-busiest port in Europe (after Rotterdam and Antwerp) and 15th-largest worldwide. In 2014, 9.73 million TEUs (20-foot standard container equivalents) were handled in Hamburg.

Heavy industry of Hamburg includes the making of steel, aluminium, copper and various large shipyards such as Blohm + Voss.

Hamburg, along with Seattle and Toulouse, is an important location of the civil aerospace industry. Airbus, which has an assembly plant in Finkenwerder, employs over 13,000 people. 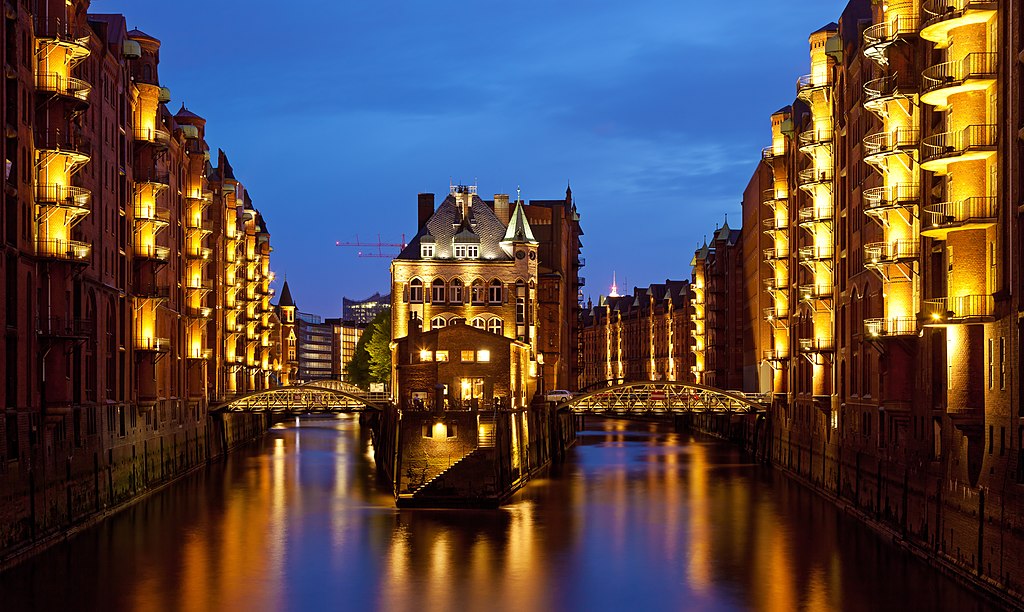 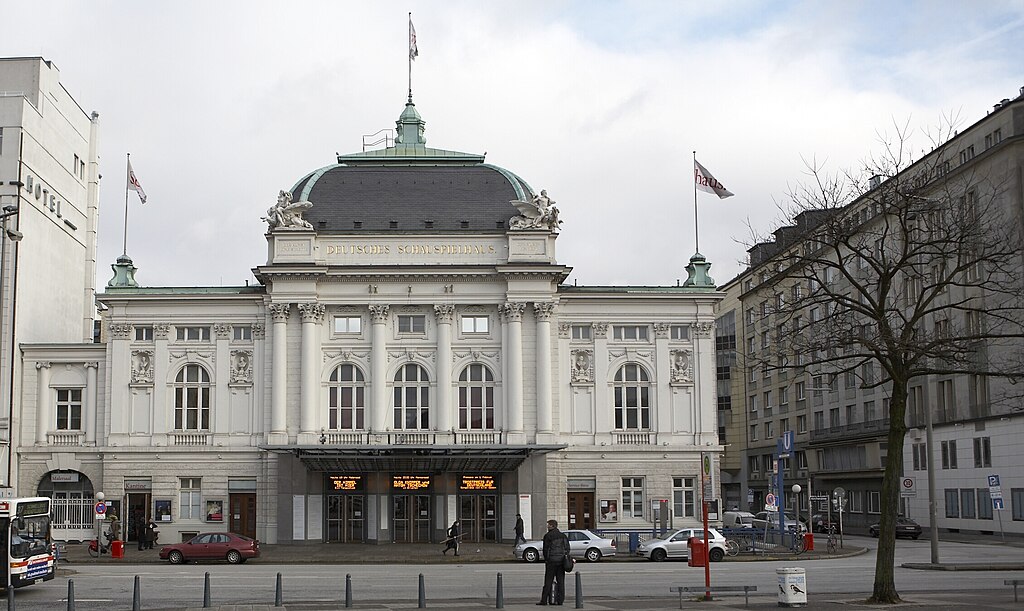 Neuer Wall, one of Europe’s most luxurious shopping streets. 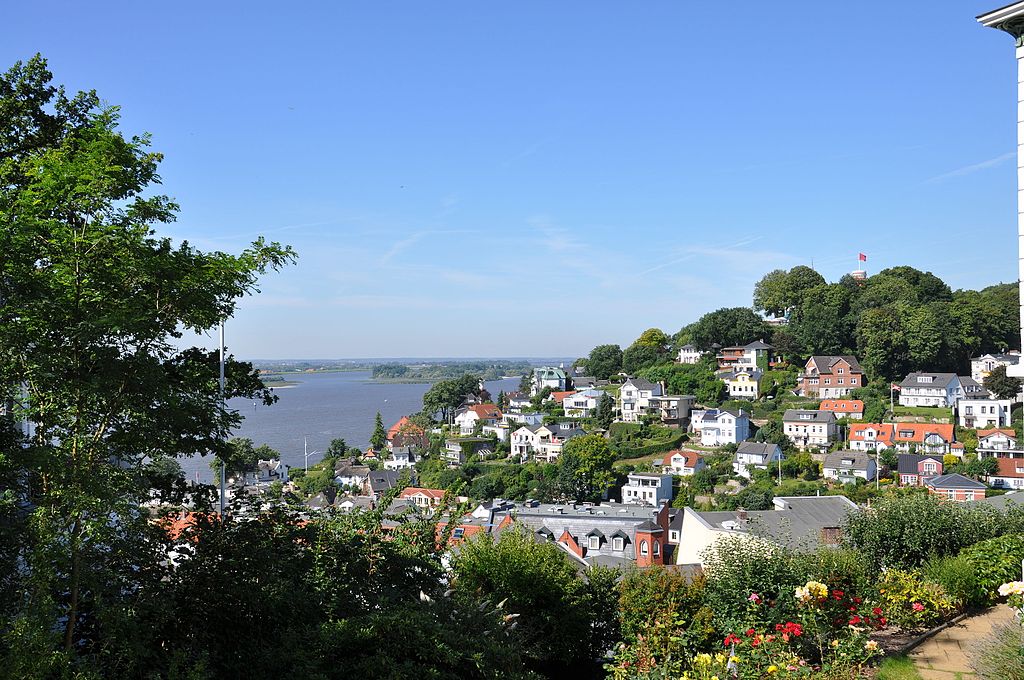 Hills and mansions in Blankenese 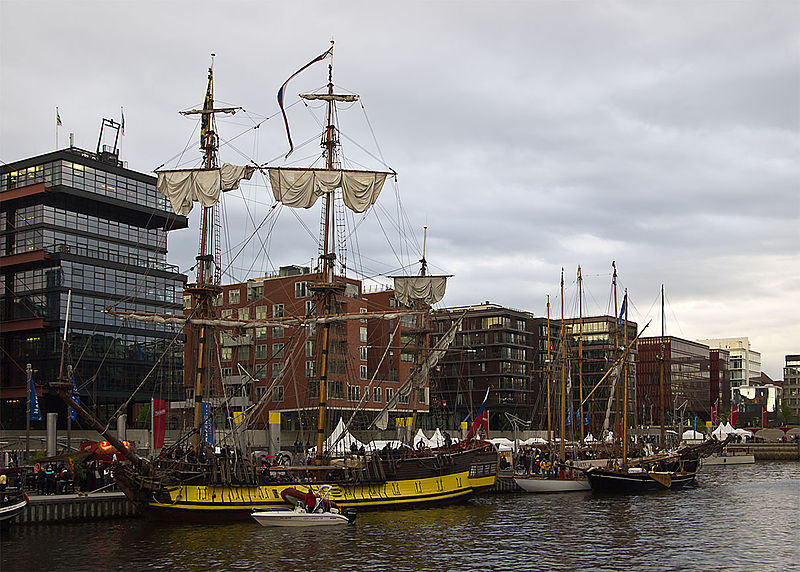 Reeperbahn, nightlife district of St. Pauli where you find Eastern Europeans and other foreign people. 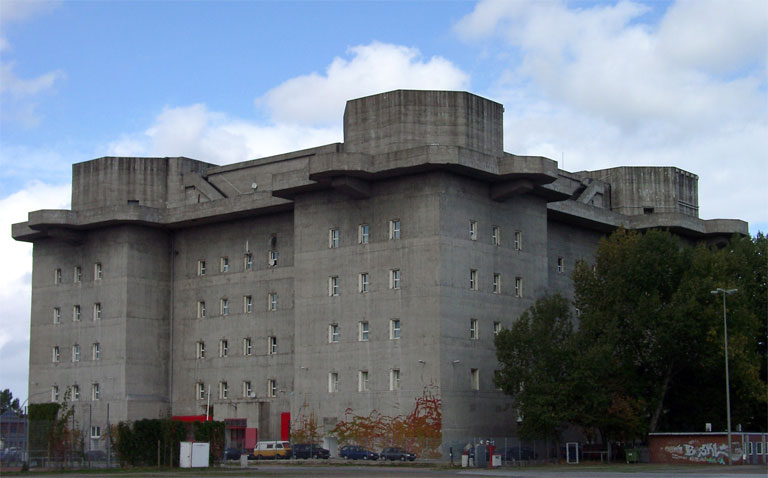 Flakturm (Flak Tower) on the Heiligengeistfeld in Hamburg – one of four enormous fortress-like bunkers which were built of reinforced concrete between 1942 and 1944 and equipped with anti-aircraft artillery for air defense.