The Reinbek Monastery, a Convent Of the Cistercians, was located on the site of the present castle since 1250. It was dissolved in 1528 during the Reformation and the buildings and lands were sold to the Danish King Frederick I for 12,000 Lübian Marks.  The monastery complex fell into the turmoil of the so-called Count’s Feud in 1534 and, like many Danish possessions, it was looted and set on fire by Lübeck troops during this conflict.

In 1544, a Succession Treaty came into Force, as a result of which the current Danish King Christian III gave part of his possessions to his younger half-brothers Johann II and Adolf I. Two new Duchies emerged from this Division: The Duchy of Schleswig-Holstein-Hadersleben, which lasted only a few Years, and the Duchy Of Schleswig-Holstein-Gottorf. The first Duke of the Gottorch’s Share became the youngest Brother, Adolf I, who was also slammed by the lands around Reinbek. Reinbek thus formed an exclave of its fragmented territory, much of which was located in Schleswig, further north.

In the Early Years of his Reign – he was awarded the Duke dignity at the age of eighteen – Adolf I was rarely at his new Court in Gottorfer Schloss. Among other things, he was in the service of Emperor Charles V, took part in the Schmalkaldic War as a Warlord and moved for England against the Netherlands.

In 1773, as a result of the Treaty of Tsarskoye Selo, the Castle was transferred to Danish Ownership. The Castle continued to serve as an official residence, except that the former duke officials in Russian service now became royal Danish employees. Visits to the Royal Family were rare and the former Gottorfer residence served almost exclusively as an administrative building.

The Castle was in increasingly worse condition and was repaired around 1776 by J. A. Richter. However, as the ongoing repairs and operating costs for the castle appeared to be inappropriate for an Administrative Seat, there was several thought of demolition from the end of the 18th to the beginning of the 19th century. The Danish Pensions Chamber, the Tax Authority responsible for the Castle, recommended that a new building be built from the demolition material. Such demolition plans did not concern the castle in Reinbek alone. In The course of the completion of the Danish State as a whole, a number of the Schleswig-Holstein Castles were transferred into the possession of the Danish royal family and were subsequently demolished for both political and economic reasons. Among the destroyed buildings of the time were the castles in Reinfeld, Trittau and Ahrensbök. The imminent Demolition of Reinbeker Castle was prevented in 1818 by an expert report by the Government Builder Christian Frederik Hansen. However, plans for a reconstruction by Friedrich Christian Heylmann, which aimed at shortening and visually harmonizing the side wings, were not pursued further and left the castle in its old state.

As a result of the German-Danish and subsequent German Wars, the Duchy of Holstein passed to Prussia in 1866. The Office of Reinbek was held in the Prussian District of Stormarn and the Castle Served briefly as the seat of the district council. In 1873, the District Council was moved to Wandsbek and the Castle was taken over by the Prussian Finance Authority, which auctioned it in 1874. The Castle was subsequently redesigned by the new owners –, regardless of its historic structure, – and expanded into a hotel. It retained this function until the end of the First World War.

In 1919, the Specht family sold the Castle to Margaret of Patow, who set up a Christian recreation home in the building. The Freifrau sold the building again twenty years later, the new owner was the city of Hamburg, which from 1939 housed the Reich Institute for Forestry, the later Federal Research Institute for Forestry and Wood Economics. The castle survived the period of the Second World War without damage and temporarily took in refugees from the Eastern German Territories in the post-war period. In the second half of the 20th Century, the institute was gradually outsourced from Reinbek and the castle was put back up for sale. In 1972, Stormarn County and the City of Reinbek bought the building and, under the direction of Horst von Bassewitz, had it restored from 1977 to 1987 to the state of the first half of the 17th Century. It has since been available for public use. 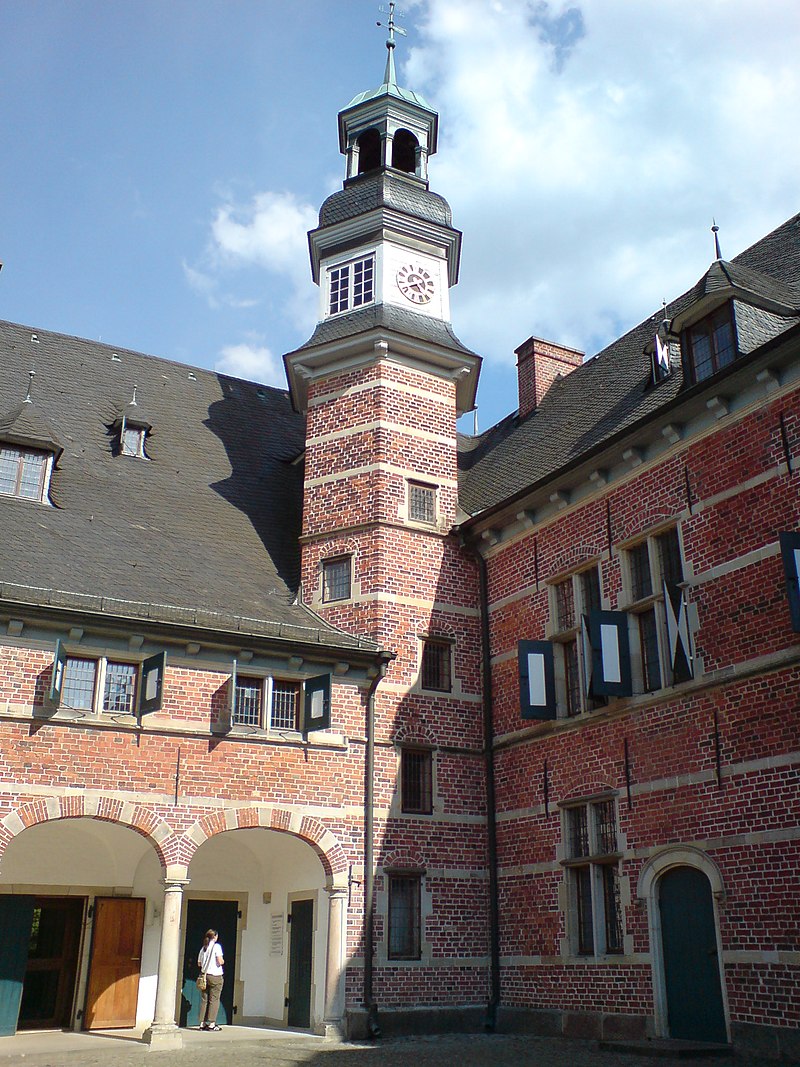 The Count’s Feud (Danish: Grevens Fejde), also called the Count’s War, was a war of succession that raged in Denmark in 1534–36 and brought about the Reformation in Denmark. In the international context, it was part of the European wars of religion. The Count’s Feud takes its name from the Protestant Count Christopher of Oldenburg, who supported the Catholic King Christian II, deposed in 1523, over the election of Christian III, a staunch Protestant who had already implemented Lutheranism as the state religion in Schleswig and Holstein in 1528.

The Treaty of Tsarskoye Selo was a territorial and dynastic treaty between the Russian Empire and the Kingdom of Denmark. Signed on 1 June 1773, it transferred control of ducal Schleswig-Holstein to the Danish crown in return for Russian control of the County of Oldenburg and adjacent lands within the Holy Roman Empire. The treaty reduced the fragmentation of Danish territory and led to an alliance between Denmark and Russia that lasted into the Napoleonic Wars. It also made possible the construction of the Eider Canal, parts of which were later incorporated into the Kiel Canal.

After the incorporation of Holstein into the Danish crown by the 1773 Treaty of Tsarskoye Selo, geopolitical conditions at last permitted a canal’s construction and operation. Surveying and planning for the canal began in 1773, with a preliminary plan for the canal proposed in February 1774. On 14 April 1774, King Christian VII of Denmark issued a cabinet order establishing a Canal Commission to oversee the construction, led by Heinrich Carl von Schimmelmann.