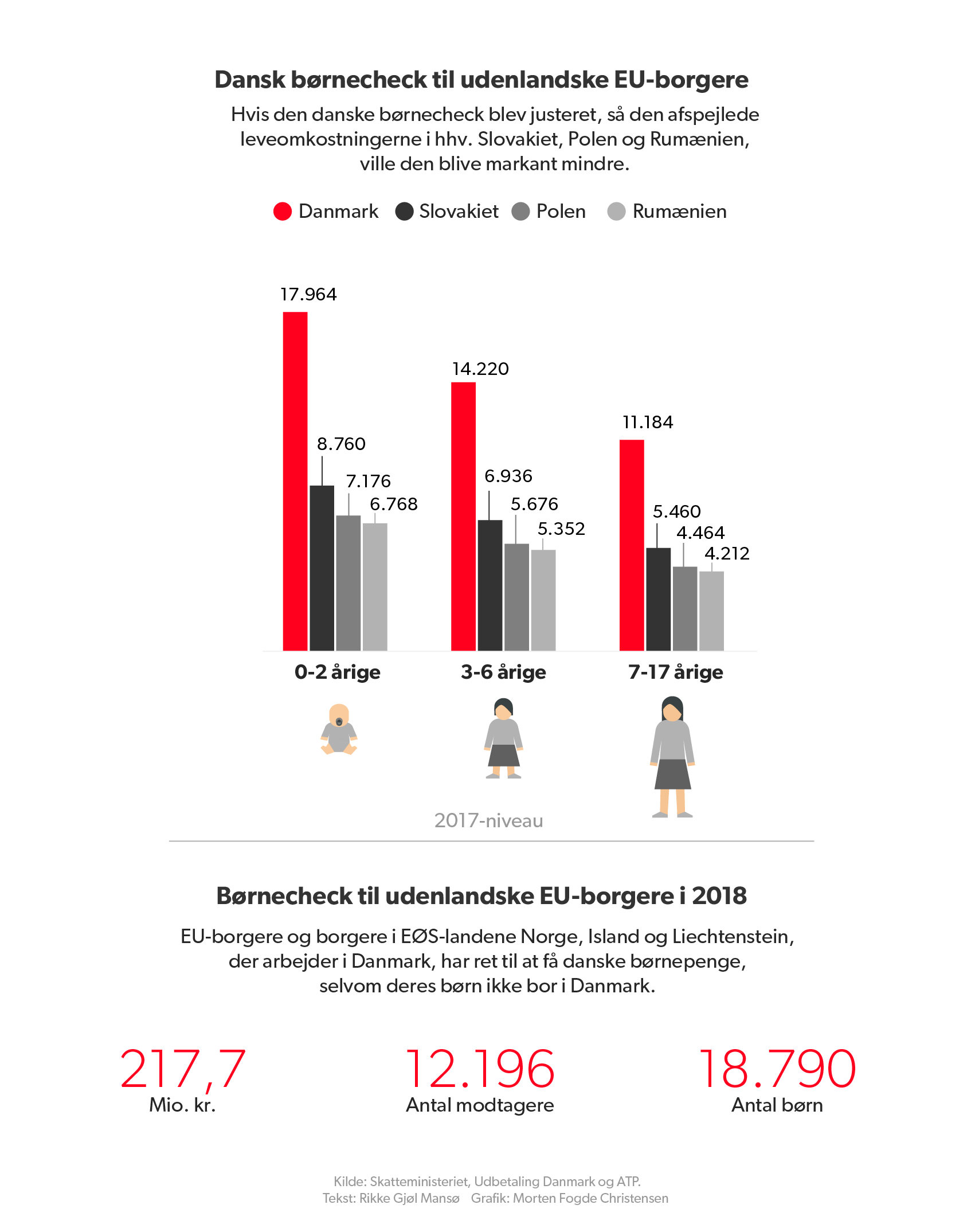 It is not reasonable for foreign workers to be able to send so much money back to their country of origin, where the cost of living is often much lower than in Denmark, a large majority in Christiansborg believes.

They would like to be allowed to shave part of the child cheque to foreign EU citizens. But so far, negotiations with the other EU countries have not borne fruit.

Austria has lost patience and, as the only Member State, has started paying a lower child check to foreign EU citizens. Denmark should follow suit, believes the Danish People’s Party and the Unity list, but the government and the other parties will continue on the path of negotiation rather than to lay out with Brussels.

Polish people have become the biggest immigrant group in Denmark, in a short time.

There is a stark contrast between Western and Eastern Europeans.

Those from Eastern Europe received more in welfare than the average UK citizen — and paid less income tax.

A second section of the report looked at only migrants who had arrived since 2001. This found that migrants from Poland and other Eastern European countries were costing £2.8 billion a year.

However, this was counter-balanced by a positive net contribution of the same amount by migrants from the ‘old’ EU, which includes the likes of France and Germany.

By comparison, barely 14,000 Brits have moved to the eight ex-communist countries.