Horst Castle is a castle on the territory of the Gelsenkirchen district of Horst and is considered one of the oldest and most important Renaissance buildings in Westphalia.  At the time of its construction in the 16th century, it was one of the largest four-winged castle complexes north of the Alpen  and shaped the Lipper-Renaissance architectural style, also known as the “Horster Building School.” It has been a listed building since 15 December 1983.

On an island in the swampy area between two parts of the Emscher river there was already a farm in the 11th century, whose inhabitants possibly engaged in catching the Emscherbrub Dickköppe (wild house breed), who was based in the Emscherbruch.  It grew into a castle complex, which fell victim twice to a conflagration. After the second fire, the then owner Rütger decided from the Horst to a complete new building, which had finished in 1578. Due to the particularly high quality of its sculptures, this renaissance building has a cross-regional significance for art history.

In the 19th century, large parts of the castle collapsed or had to be laid down because of dilapidation. The owner at the time, the family of Fürstenberg, tried to save as much of the valuable façade jewellery and high-quality building sculpture, the so-called “Stone Treasure,” and deposited the fragments. The few building remains that were not demolished gradually fell into disrepair. In 1985, a citizens ‘ initiative was founded to prevent the final ruin and to realize a new long-term use of the plant. At its instigation, the town of Gelsenkirchen bought the castle and prompted extensive historical and archaeological investigations. In the meantime, Horst Castle is probably one of the best-researched renaissance buildings in north-west Germany.  After restoration and partial reconstruction, it is used as a museum, restaurant, registry office and venue.

Reconstruction of the castle at the time of the Renaissance. 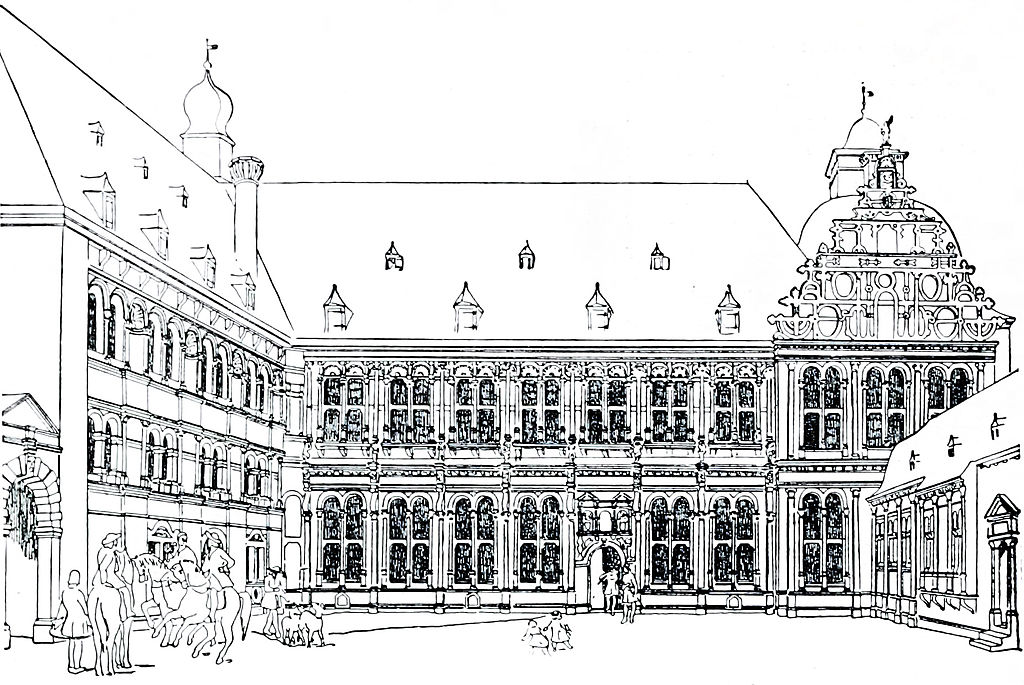 Renaissance façade of the castle, drawing by Gustav Greiß.

Horst Castle on an oil painting by Adolf Höninghaus from 1842; However, it does not represent the state of construction at the time, because the picture shows the west tower, which had already collapsed twelve years earlier, as still intact. 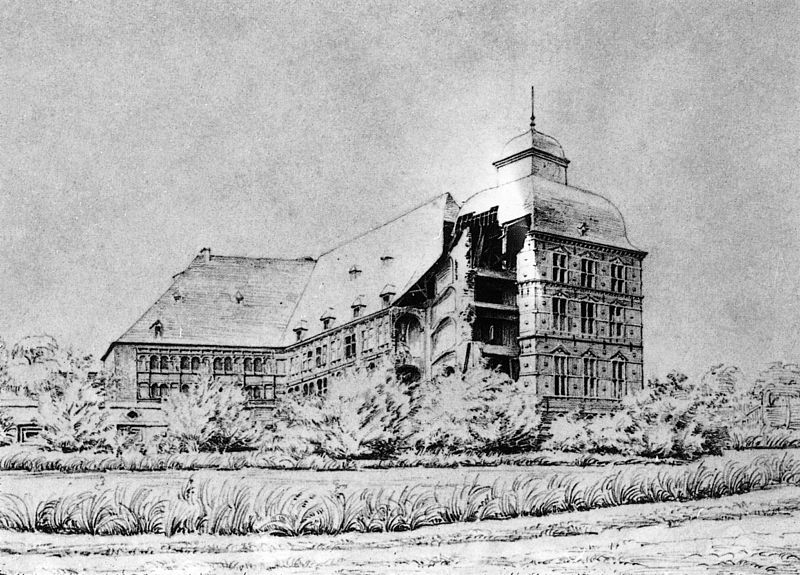 Horst Castle in 1850 shortly after the collapse of the magnificent gable at the east tower, drawing by Gustav Greiß. 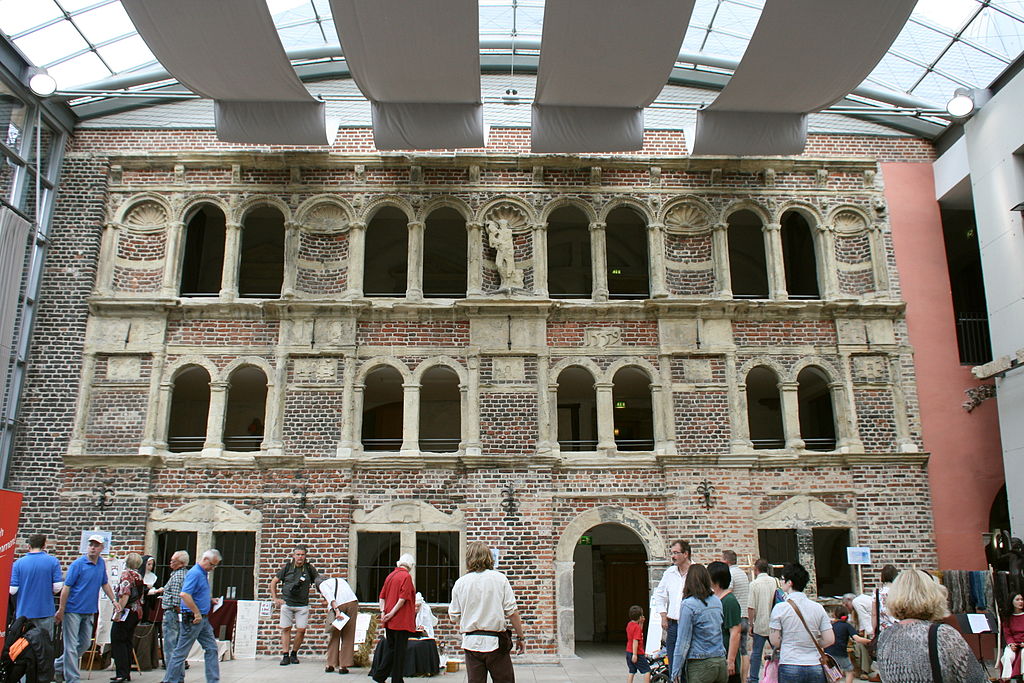