Landsberg Castle is a castle complex in the Ruhr Valley in the outskirts of Ratingen (North Rhine-Westphalia), in the immediate vicinity of Hugenpoet Castle. It stands near the Kettwiger district Before the bridge about a kilometre southwest of the centre of Kettwig on the road to Mülheim on the Ruhr-Mintard in the middle of an English landscape park with extensive forest area.

The complex dates back to a medieval castle from the end of the 13th century, built by Count Adolf V of Berg. At that time, it was primarily used to secure the nearby important bridge over the Ruhr River, which connected Kettwig with Ratingen. Since 1288 at the latest, the castle belonged to the lords of Landsberg, who had their ancestral home – with an interruption of 120 years – to 1903.

Changed several times during the 17th and 18th centuries, the complex received its present figure in the style of historicism by the industrialist August Thyssen, who acquired it in 1903 and had it transformed into its representative residence. The former estate Landsberg has been called Schloss Landsberg since these structural changes. It has belonged to a foundation of the Thyssen family since 1926. After changing use after the Second World War, it has been leased to thyssenkrupp AG as a seminar and conference venue since 1992. In addition, it is one of several thematic routes of the route of industrial culture.

The facility has a nearly semicircular floor plan and stands at an altitude of about 65 meters on a mountain spur on August-Thyssen Street. The castle plateau is bordered on its west and north sides by a ring wall from Ruhrsandstein up to 13 metres high with a well-covered defensive corridor, which is only partially preserved. Like the Bergfried, the ring wall is largely part of the original structure of the 13th century.

A bergfried (plural: bergfrieds or bergfriede) is a tall tower that is typically found in castles of the Middle Ages in German-speaking countries and in countries under German influence.

The castle with its gardens, Renier Roidkins circa 1730

Floor plan of the castle from 1903 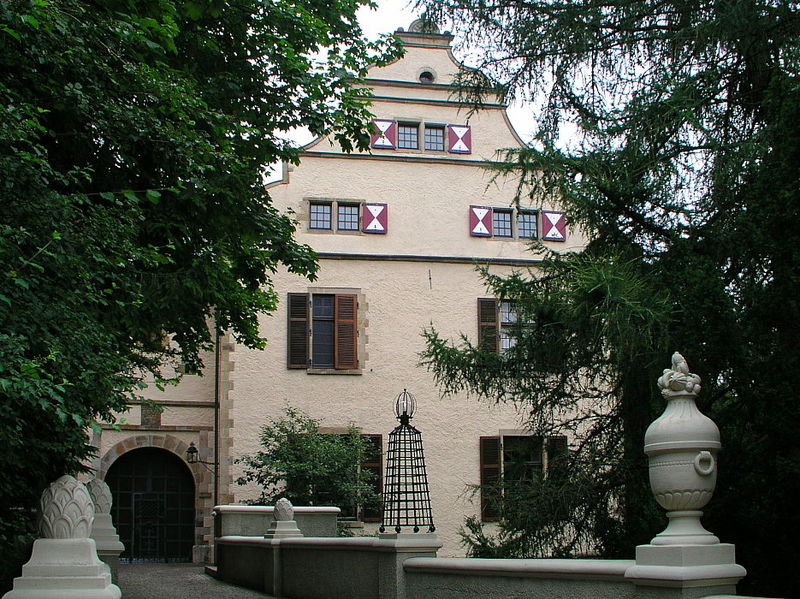 The mansion with the subsequent gate building (2003)

Fountain in the ornamental garden (2003)

August Thyssen had the castle greatly redesigned and added new buildings, such as the conservatory (centre) and a three-storey residential building (top right).

The New Residential Tower from the North (2007)

During the Second World War, Landsberg, together with the neighbouring Hugenpoet Castle, was the seat of the Rohland Staff, a planning staff of the war economy. The castle was also the site of Albert Speer‘s meetings with representatives of the Rhine-Westphalian mining industry aimed at undermining Hitler’s Neroan order, which provided for the destruction of the industries. On 26 June 1945, it was occupied by British troops and served the accommodation of Engineer-Stä until the end of the occupation in March 1947.

From 1 June 1947, the town of Mülheim ran a children’s recreation home at the castle – – in the first few months with the support of the British foundation “Save the Child”, but ceased operations in February 1952, among other things, due to inadequate hygienic conditions. From 15 May 1952 to the end of March 1966, the Raphaelhaus children’s home used the thoroughly renovated buildings to house children whose relatives were employed by the Thyssen company. However, as maintenance costs significantly exceeded revenues, the home was forced to close after almost 14 years.

From 1 May 1967, the castle was left to the entire Association of Evangelical Churches and to use it. They used the complex as a leisure home and meeting place. Since the churches with ongoing duration of use also came into financial woes, the contract of use was terminated on 31 December 1984.

Thyssencomo AG (formerly Thyssen AG) has been the centre of the castle since 1989 and uses the premises as a seminar and conference venue. 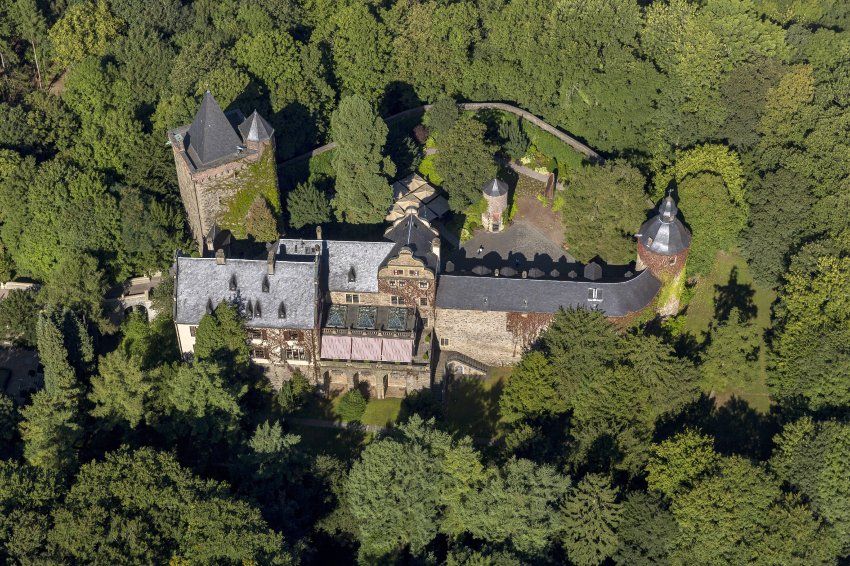