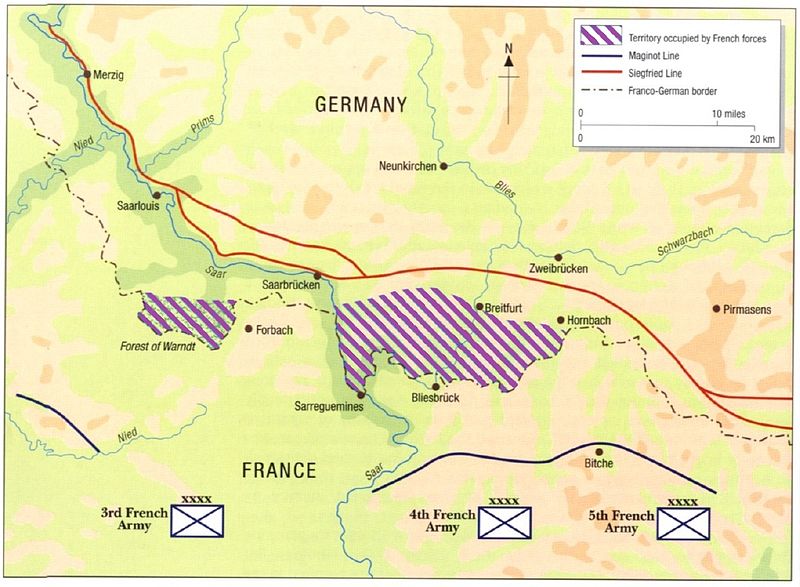 Map showing the positions of the german territory hold by the french troops during the Saar Offensive.

The Saar Offensive was a French ground invasion of Saarland, Germany, during the early stages of World War II, from 7 to 16 September 1939. The plans called for roughly 40 divisions, including one armored division, three mechanised divisions, 78 artillery regiments and 40 tank battalions to assist Poland, which was then under invasion, by attacking Germany’s understrength western front. Although 30 divisions advanced to the border (and in some cases across it), the assault never happened. When the quick victory in Poland allowed Germany to reinforce its lines with homecoming troops, the offensive was stopped. The French forces eventually withdrew amid a German counter-offensive on 17 October.

The 1939 Invasion of Germany