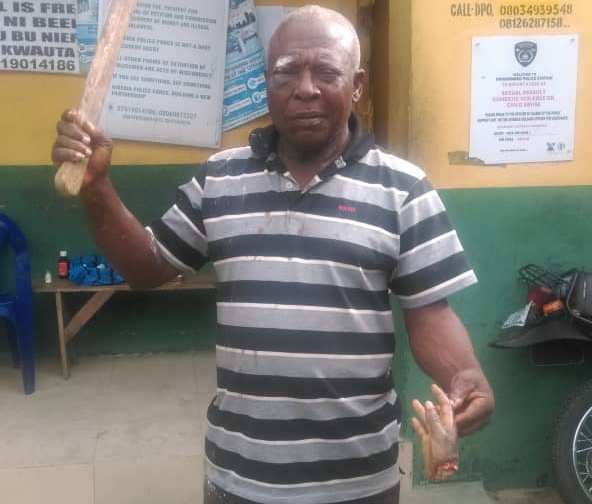 A 61-year-old man, Jeremiah Obifor, chopped off the wrist of an 11-year-old boy, Goodluck Amaechi, as the machete narrowly missed the victim’s neck and landed on his right wrist.

The victim, Goodluck Amechi had his hand cut off by Jeremiah Obifor, who said he thought the boy wanted to steal his fishes.