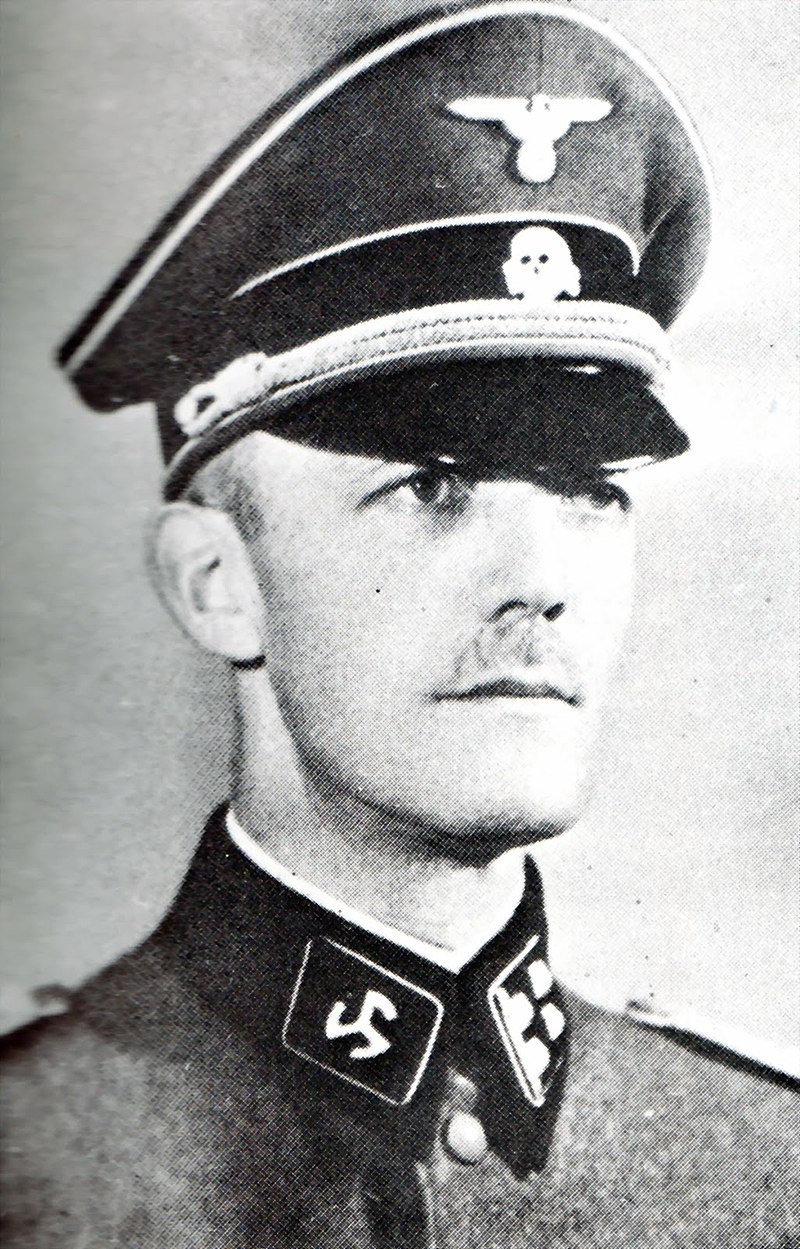 Christian Peder Kryssing (July 7, 1891 – July 7, 1976), commonly known as C.P. Kryssing, was a Danish collaborator with Germany during World War II. An artillery officer and an ardent anti-communist, he commanded the Free Corps Denmark from 1941 to 1942. He was not a member of the Danish NS party, the National Socialist Workers’ Party of Denmark.

Kryssing became the first commander of the Free Corps Denmark June 29, 1941, but was discharged as commander on February 23, 1942, because of disagreements between him and officers in the unit who had NS leanings. His replacement was a pro-National Socialist Dane, Christian Frederik von Schalburg.

Kryssing was then transferred to other German units, first SS Division Totenkopf and later 5th SS Division Wiking. In February 1944 he became commander of SS-Kampfgruppe Küste but resigned in June the same year because of personal issues.

Kryssing was the highest ranked foreigner in Waffen-SS as a SS-Brigadeführer.

In May 1945 Kryssing surrendered to the British forces and was handed over to the Danish Police in June 1946. On October 27, 1947, he was sentenced to four years’ imprisonment for his membership of Waffen-SS but was released in May 1948. His two sons, Jens Effersøe Kryssing and Niels John Effersøe Kryssing, had been killed in battle against the Red Army in 1942 and 1944.

Christian Peter Kryssing was the son of Captain Niels Kryssing and wife Christine Kjær.  He followed in his father’s tracks and graduated in the artillery, where he 1. November 1937 was promoted to lieutenant colonel and became chief of the 2nd. Field Artillery Regiments 5. Artillery Department.

Here he continued to be until 28. June 1941, when he took over the leadership of the Free Corps Denmark, which was established after Germany’s attack on the Soviet Union on 22. June 1941 as a Danish corps to fight alongside German forces on the Eastern Front against the communist regime. Kryssing had been persuaded to take over the head of the DNSAP, who was responsible for the creation of the Free Corps, and was allowed by the Ministry of War to withdraw from the Danish army for this purpose. He received the degree of SS-Obersturmbannführer (Lieutenant colonel), but was already on the 22. February 1942 replaced by the ideologically-oriented Christian Frederik von Schalburg, both because Kryssing as an artillery man was less suitable as a leader of infantry and because of his opposition to a NS-politicized corps. Kryssing was ultra-conservative and anti-communist, but he was not a party organized national socialist. He thus referred to the Free Corps as “National Socialist ” in connection with his departure (handwritten draft of the “Tagesbefehl on 23. 2.42 “, which was halted by the Corps acting Commander, SS-Hauptsturmführer K. B. Martinsen).

Kryssing was now associated with other units in the Waffen-SS. First between 12. March and 17. May 1942 SS-Division Totenkopf and then from 30. July SS-Panzer-Grenadier-Division Wiking, where he served as an artillery officer at the Division’s Artillery regiment. Then he was affiliated with III. Germanisches Panzer Corps from 4th April 1943, including he participated in the construction of 11. SS-Panzer-Grenadier-Division “Nordland “, in which Free Corps Denmark came to form the core of, as the “SS-Panzergrenadier Regiment 24, ” Denmark “. He was then assigned to the Artillerie Commandeur 140 (Arko 140) at XXXIX. Panzer Corps, Army Group Centre in August-September, on which he became chief of the “Kamppfgruppe Küste ” (December 1943-April 1944) at Oranienbaum west of Leningrad. He was then risen rapidly in the ranks, first to the SS-Standartenführer on 30. January 1943, then to SS-Oberführer on 20 June. April 1943. With this degree, he went from the status of Reserve officer to being “active “, and was thus admitted to the Waffe-SS ranking list. Finally, he was appointed SS-Brigadeführer und Maj. Gen. Der Waffen-SS on 1. August 1943.

After the withdrawal from Leningrad to the Narva River, Kryssing was on 26. December 1943 appointed head of the SS-Kampfgruppe Küste, which consisted of about 9,000 men and was tasked with defending the northern part of the Estonian coast. 11. In June 1944 he sought his resignation for personal reasons. Both of his sons had fallen into battle on the Eastern Front and his wife, as a nurse, had been severely wounded during a Soviet bomb attack on a field Lazaret in Tallinn (Reval). However, Kryssing withdrew its application two days later after talks in Berlin with Obergruppenführer Gottlob Berger and continued for purely political reasons to be affiliated with the Waffen-SS as “SS-Führer z.b.V. ” (SS-Officer available for special assignments). However, he was thus out of active service in practice to act as a sick fit for his wife. The married couple fled on 13. March 1945 from Berlin and then stayed at the “SS-Erholungsheim Externsteine ” In Bad Horn by Lippe (now Horn-Bad Meiningen). Here, doing a crackdown, presumably by a misunderstanding, he was badly wounded in both the lower limbs when he was taken as a prisoner of war by U.S. forces on 5. April 1945. In June 1945 he was extradited to British captivity and continued hospital treatment for the 4th February 1946 to be flown to Denmark and in custody together with the wife. The latter was released 10 days later.

In the Danish transitional procedure, Kryssing was accused of treason. He refused to give an explanation in court because he was unable to recognise the legal basis. He was 4. November 1946 sentenced to eight years in prison, a penalty which was reduced to four years by the Østre Landsret on 27 September. October 1947.

Kryssing was released on 12 April 1948 from the Fårhuslejren (Fårhus camp) after 3/4 of the penalty.

He sought several times without success to have his case resumed and the verdict reversed. He died in 1976.

Kryssing was married in 1921 with Karen Marie ( “Kamma “) Effersøe, the couple had two sons both of whom became members of the Free Corps Denmark, which they left along with Kryssing. They both fell during the war, the youngest, Jens, in May 1942 at the Lake of Ilmen and the Elder, Niels, in Jan. 1944 East of Narva.

Adolf Hitler on the Importance of Racial Preservation