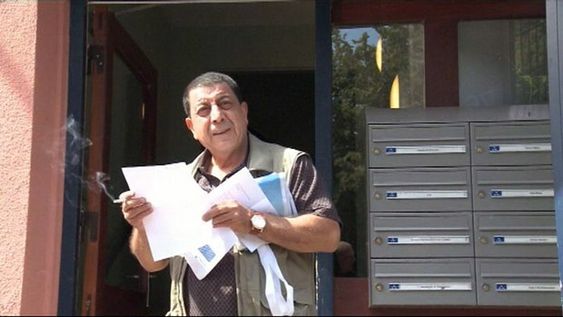 The 60-year-old Iraqi refugee Fouad Chalabi lives as an early retirement in Køge and has not informed the Danish authorities about his income in Iraq.

Fouad Chalabi has for several years kept his double life hidden from the Danish authorities and has thus allegedly unduly raised early retirement in Denmark. At the same time, he has also not provided TAX on his Iraqi income.

Several Iraqis with Danish citizenship live a secret double life, where they are milking the Danish state for social benefits while earning high wages as top politicians and in other powerful offices in Iraq.

One of them is the Balen Abdulla Mahmood from Albertslund who has been paid early retirement in Denmark for five years, at the same time as he has been a member of the Kurdish parliament. Here he has had an income of at least 384,000 Kroner (57.133 USD). Per year plus a sea of perks.

As Danish citizens and with address in Denmark, Iraqis must pay Danish tax on the wages and perks in Iraq. However, in violation of Danish legislation, they have neither informed the municipality nor the tax authorities of their gold-edged extra income, writes the extra magazine.

Against this background, they have also been able to raise the full early retirement pension for several years, although they are not entitled to it because they have too much extra income.

One of the country’s leading experts in social fraud, Peter Møller, who is the head of the control unit in Ishøj municipality, has no doubt that the Iraqis have broken the law.

“It is so much social fraud and it must be stopped. Of course they have a duty to inform both tax and the municipality in which they are registered, that they have an income, “says Peter Møller for the extra magazine.

An Iraqi judge receives early retirement in Denmark while earning 23,000 kroner a month in Iraq.

A 58-year-old Iraqi judge, who receives early retirement from the municipality of Århus, is also a prominent investigating magistrate and deputy chief prosecutor in the north Iraqi millioncity of Sulaimaniya, writes Ekstra Bladet.

An income he has not abandoned to the Danish authorities, which is contrary to rules that revenue from Iraq should be taxed in Denmark, writes the Ekstra Bladet.

Pension must be reduced or cancelled

At the same time, his high salary in Iraq means that his early retirement in Denmark must be drastically reduced or completely abandoned.

-It is a rough example of social fraud and it is, of course, extremely worrying that it is an employee in the legal system, says Peter Møller, consultant in the control unit in the municipality of Frederiksberg and one of the country’s leading experts.

The matter comes less than a month after the government and the Danish People’s Party agreed to further tighten up efforts against social fraud.

The 58-year-old Iraqi does not want to comment on the matter to the newspaper.

Hundreds of citizens who receive public benefits are exposed in social fraud at the airport because they travel on holiday without reporting it to the municipality or the unemployment insurance fund. Most of them are immigrants from non-western countries, new figures show.