The Rheinmetall MG-3 is one of the most successful machine guns in the world today, and remains in production and widespread service more than 60 years after it was first adopted. There is little to be said of the MG-3’s design or development, as it is essentially just an improved MG-42 re-chambered for 7.62×51 mm NATO round. The MG-42 had been the most innovative machine gun of World War 2, arguably the most successful, and it was one of the most feared weapons in the arsenal of the Axis; for its blistering rate of fire, US troops knew the MG-42 as “Hitler’s Buzzsaw”, the Russians called it “The Linoleum Ripper”, and German troops called it “Hitler’s Bone Saw”. It had twice the rate of fire of most other machine guns in use at the time, but was still easily controllable, and boasted the first quick-change barrel ever seen on a battlefield. The consensus of historians is that the MG-42 was the best machine gun of World War 2, and there are more than a few of these authorities who still consider it to be the best ever made. After the war, nearly every army in the world wanted surplus MG-42s, or other weapons with many of the same qualities, and it inspired the development of the MAG 58, the PK, the M60, the AAT-52, and countless others. When the decision was made for West Germany to re-arm in the 1950s, they re-introduced the MG-42. NATO allowed this as an interim measure, but required West Germany to adopt the 7.62×51 mm NATO cartridge as their standard rifle round. Rather than importing a completely new weapon, or developing one from scratch, West Germany simply put the MG-42 back into production in the new 7.62 mm NATO chambering. The resulting weapon went into service in 1958 as the MG-1, which was further reinforced by the MG-2 (MG-42s built in World War 2, that were factory-rebuilt to fire 7.62 mm NATO). 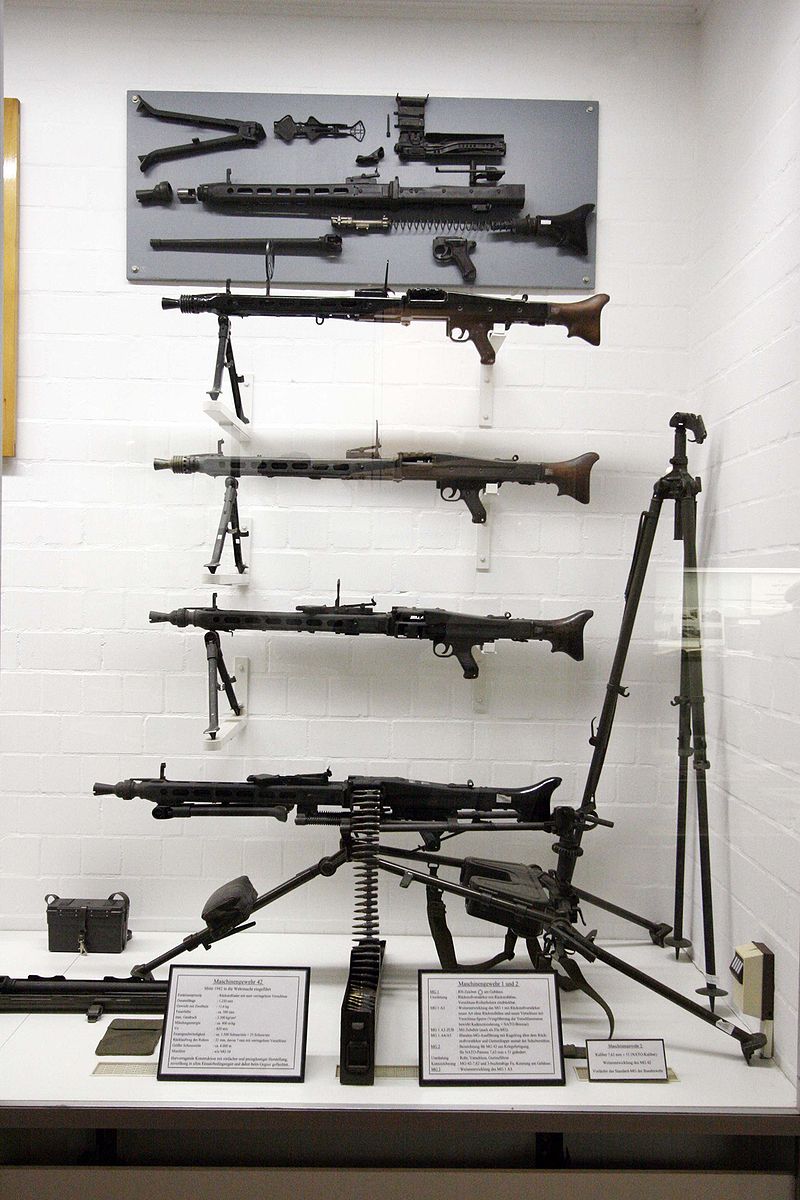 German Auto and Semi-Auto Weapons, up to 1945 (no rifles)