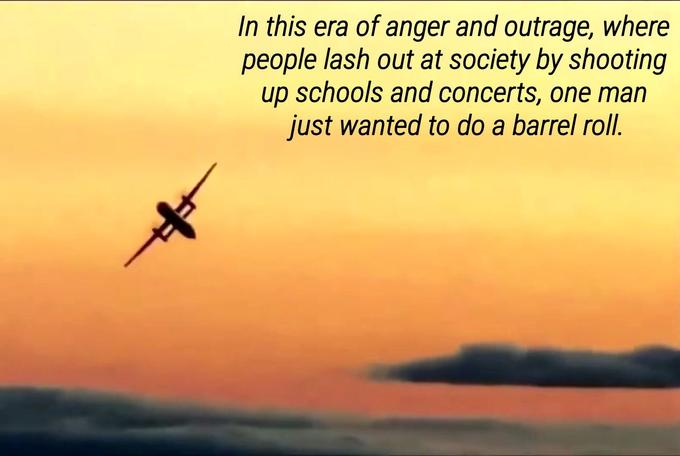 On August 10, 2018, a Horizon Air Bombardier Dash 8 Q400 was stolen from Seattle–Tacoma International Airport (Sea–Tac) in SeaTac, Washington. The perpetrator, 29-year-old Richard Russell, was a Horizon Air ground service agent with no piloting experience. He performed an unauthorized takeoff and two McDonnell Douglas F-15 Eagle fighters were subsequently scrambled to intercept the aircraft. Sea–Tac air traffic control made radio contact with Russell, the sole occupant, who described himself as a “broken guy, got a few screws loose I guess.” Approximately one hour and 15 minutes after takeoff, Russell committed suicide by intentionally crashing the aircraft on the lightly-populated Ketron Island in Puget Sound.

N449QX, the aircraft involved in the incident, pictured in 2015

The incident aircraft was a Bombardier Dash 8 Q400, owned by Horizon Air (and operating for Alaska Airlines) with the registration N449QX and serial number 4410.

It had first flown in 2012 and was delivered new to Horizon Air in the same year.

The same aircraft landed at Seattle–Tacoma International Airport at 13:35 local time the afternoon of the incident, after an in-service flight from Victoria, British Columbia.

It was not scheduled to fly again that day.

The aircraft was stolen from Plane Cargo 1 at the north end of Sea–Tac airport and maneuvered to runway 16C via taxiways. Seattle Tower tried several times to get the aircraft to identify itself on frequency; there was no response. A nearby Alaska Airlines jet on the ground reported that the aircraft had begun a takeoff roll with its wheels smoking, and an unauthorized take-off was made at 19:32 local time (02:32 UTC, August 11). In response, two McDonnell Douglas F-15C Eagles of the Oregon Air National Guard‘s 142nd Fighter Wing under the command of NORAD were scrambled at around 20:15 local time from Portland Air National Guard Base to intercept it, both armed with AIM-9 Sidewinder and AIM-120 AMRAAM air-to-air missiles and going supersonic, generating sonic booms on the way to the Puget Sound area. A KC-135R Stratotanker refueling tanker was also scrambled from Fairchild Air Force Base to support the F-15 flight.

Flights in and out of the airport were temporarily suspended.

Seattle–Tacoma air traffic control (ATC) maintained radio contact with the occupant.    The transmissions were on an open frequency and were quickly posted on social media websites.

He said he was a “broken guy, got a few screws loose I guess. Never really knew it until now.”

When ATC suggested that the plane be landed at Joint Base Lewis–McChord, the occupant refused: “Those guys will rough me up if I try and land there. I think I might mess something up there, too. I wouldn’t want to do that.”

He asked ATC if he could get a job as a pilot with Alaska Airlines if he successfully landed the aircraft. ATC said that “they would give you a job doing anything if you could pull this off,” to which he replied “Yeah right! Nah, I’m a white guy.”

He spoke of wanting to do “a couple maneuvers to see what [the aircraft] can do,” and requested the coordinates of an orca that had been brought to national attention, saying, “I want to go see that guy.”

He stated that he did not want to hurt anyone, and in the final minutes of the communication apologized to his friends and family. Near the end of the flight, the aircraft was filmed doing aerobatic maneuvers over Puget Sound, footage of which appeared on social media.

A veteran pilot said the maneuvers “seemed pretty well executed, without either stalling or pulling the wings off.”

When an air traffic controller requested he land the plane after these maneuvers, he said “I don’t know. I don’t want to. I was kind of hoping that was gonna be it, you know?”

He added that he “wasn’t really planning on landing it.”

The two F-15s attempted to direct the aircraft toward the Pacific Ocean, and did not fire on it. The Q400 ultimately crashed at 20:43 local time on Ketron Island in Puget Sound, Pierce County, Washington, killing the occupant and destroying the aircraft. A tow boat crew was the first to respond. Firefighters from West Pierce Fire and Rescue and other nearby departments arrived on the island approximately 1.5 hours after the crash, due to waits for the Steilacoom–Anderson Island ferry, and contending with thick brush when crews arrived on scene. The two-acre fire the crash caused was suppressed by a lack of wind and dry brush, and was extinguished by the following morning. 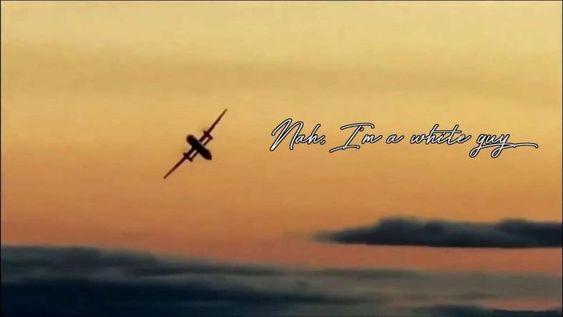 The Pierce County Sheriff’s Office both thanked the public for its accurate information, and acknowledged on August 11 that federal agencies would be leading the investigation, primarily the Seattle office of the Federal Bureau of Investigation (FBI). It described the perpetrator, identified as 29-year-old Richard Russell, as suicidal and said his actions did not constitute a “terrorist incident”. Alaska Air Group CEO Brad Tilden announced on the same day that the airline was coordinating with the Federal Aviation Administration, the FBI, and the National Transportation Safety Board, and was “working to find out everything we possibly can about what happened”. On August 12, the FBI said that it had recovered the flight data recorder along with components of the cockpit voice recorder. The equipment was sent to the National Transportation Safety Board for processing.

On November 9, the FBI stated that it had completed its investigation. Terrorism was ruled out and it was found that Russell had acted alone. The final descent at Ketron Island was determined to be intentional, and suicide was listed as the manner of death. The FBI stated, “Interviews with work colleagues, friends, and family—and review of text messages exchanged with Russell during the incident—did not identify any information that would suggest the theft of the aircraft was related to wider criminal activity or terrorist ideology. Although investigators received information regarding Russell’s background, possible stressors, and personal life, no element provided a clear motivation for Russell’s actions.”

He had been part of a tow team, which repositions aircraft on the airport apron, for about four years. An operational supervisor for Horizon Air described Russell as “a quiet guy” who was “well liked by the other workers”. During his communication with air traffic control Russell made a complaint about wages, stating: “Minimum wage, we’ll chalk it up to that. Maybe that will grease some gears a little bit with the higher-ups.”

Russell was born in Key West, Florida, and moved to Wasilla, Alaska, at the age of seven. He attended Wasilla High School, where he wrestled and competed in track and field.

He was known as “Beebo” to his friends and family. He had been married since 2012; he met his wife in 2011 at a Campus Crusade for Christ meeting at Southwestern Oregon Community College. Together they started a bakery in North Bend, Oregon. They sold the bakery in 2015 so his wife could be closer to her family; they settled in Sumner, Washington, and Russell found employment with Horizon Air. He was an avid traveler and attended Washington State University Global Campus, majoring in social science. He had planned to seek a management position at Horizon Air or become a military officer after receiving his degree. He was active in his church and a leader in the local Christian youth ministry Young Life.

Horizon Air CEO Gary Beck stated that, as far as the company knew, Russell did not have a pilot’s license. Beck said the aerial maneuvers were “incredible” and that he “did not know how [Russell] achieved the experience that he did.” During his conversation with air traffic control, Russell said he “[knew] what [he was] doing a little bit” because he had experience playing video games. After the incident, Joel Monteith, a pilot for SkyWest Airlines, relayed to an emergency dispatcher that in 2017 he saw Russell and another man “pointing and flipping switches” in the cockpit of a SkyWest aircraft parked at Sea–Tac airport. Monteith stated the men told him they were training to use the aircraft’s auxiliary power unit so they could tow it, but said it was “suspicious” that they left when he confronted them. Monteith also recalled that Russell had been in the cockpit of an Embraer 175 with him, and that Russell asked him about his “flows, which is the preflight preparation I do for takeoff.”

Russell’s family released a statement on August 11, stating they were “stunned and heartbroken” and “devastated by the events”. 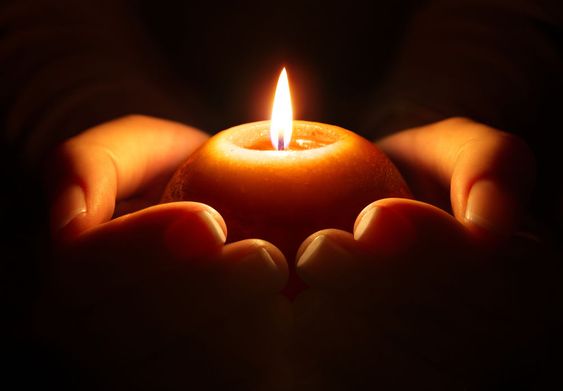 One Year After ‘Sky King’

Legend of the Sky King

The Legend of Sky King

The King of the Sky 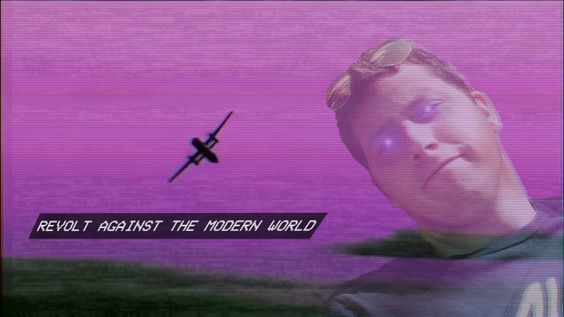