During the second world war, the Wehrmacht and SS overtook large parts of Europe in record tempo. The military superiority and competent command of the German army are often cited as reasons for the ability to advance this quickly. A topic that is covered less, but is rather fascinating, is the creation of an elite unit of German soldiers that went behind enemy lines, securing crucial strategic locations and sabotaging enemy holdouts. They would play a central role during Fall Gelb, the invasion of Western Europe, and Operation Barbarossa, the invasion of Russia.

The regular armed forces of Europe had an aversion towards anything associated with irregular warfare, but there were several German officers, that thought in a more unorthodox manner when it came to warfare. One was Captain Theodor von Hippel, who had served under General Paul von Lettow-Vorbeck in German East Africa during the First World War. Lettow-Vorbeck used guerilla tactics and irregular warfare, and managed to keep at a standstill huge numbers of allied troops until he capitulated in late nineteen-eighteen; his command was the only German force in the war not to be defeated in open combat. During the 1930s, Hippel persuaded Wilhelm Canaris, the head of the Abwehr, Germany’s military intelligence service, that he should set up an irregular warfare company, inspired by Lettow-Vorbeck’s campaign.

Hippel figured a special unit ought to be created that pushed far into enemy’s territory, ahead of the German troops and used methods that were, in Hippel’s words “not those of a Prussian gentleman”. These shock troops would stir chaos and divert attention from the frontlines. Canaris agreed to Hippels proposal, and the unit was created with its members consisting of volunteers. The majority were Germans from overseas territories that spoke foreign languages, the members ranged from Latin America to Sudeten, Volksdeutsche, Baltic and Volga Germans. In the summer of 1939, Hippel’s ‘number one construction training company’, a so-called “company of saboteurs in the West” was set up under Canaris’ supervision, with Lieutenant Siegfried Grabert as the commander.
A second company was formed in October nineteen-thirty-nine, consisting of mainly Romanian Germans from the Banat and Transylvania, Baltic Germans, and Germans that had settled in Palestine. This battalion was named “Bau Lehr Battalion eight-hundred”, Their permanent headquarters was based at an estate at Brandenburg-Havel, outside of Berlin, and because of their location, they were known as the “Brandenburgers”. Eventually, four companies were created, divided between the Baltic and Russia, Latin America and Africa, Poland and Sudeten Germans.

The content of this video covers events, people or concepts via a lecture-style presentation that is educational and historical in nature. Every video is original content by House of History. The events relating to conflict in this video are portrayed in their historical context without either value judgment or an ideological message attached to it. There is no intent to shock, upset or disgust. The goal of my channel is to make interesting lecture-style videos, no more, no less.

Thank you for taking the time to check out House of History, I hope you will find the films informative, interesting and enjoyable! 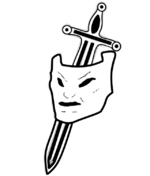