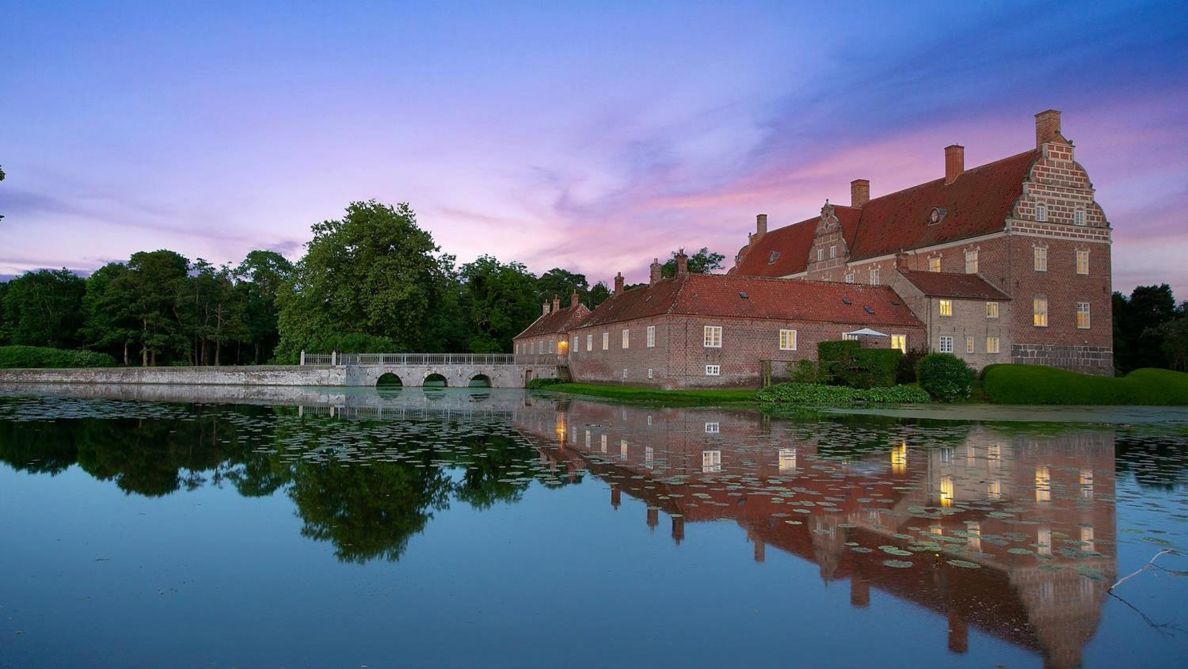 Gyldensteen is an old Danish farmhouse that was originally called Enggård and first mentioned in 1400. The name Gyldensteen is from 1720, where the main yard got the new name.  The farm is located in Nørre Sandager Parish, Skovby Herred, Nordfyns municipality. The main building was built in 1640, rebuilt in 1698 and outfitted in 1800. 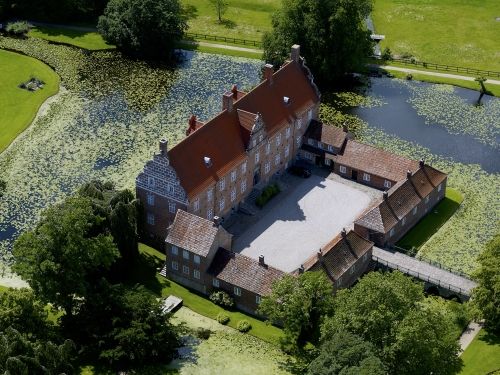 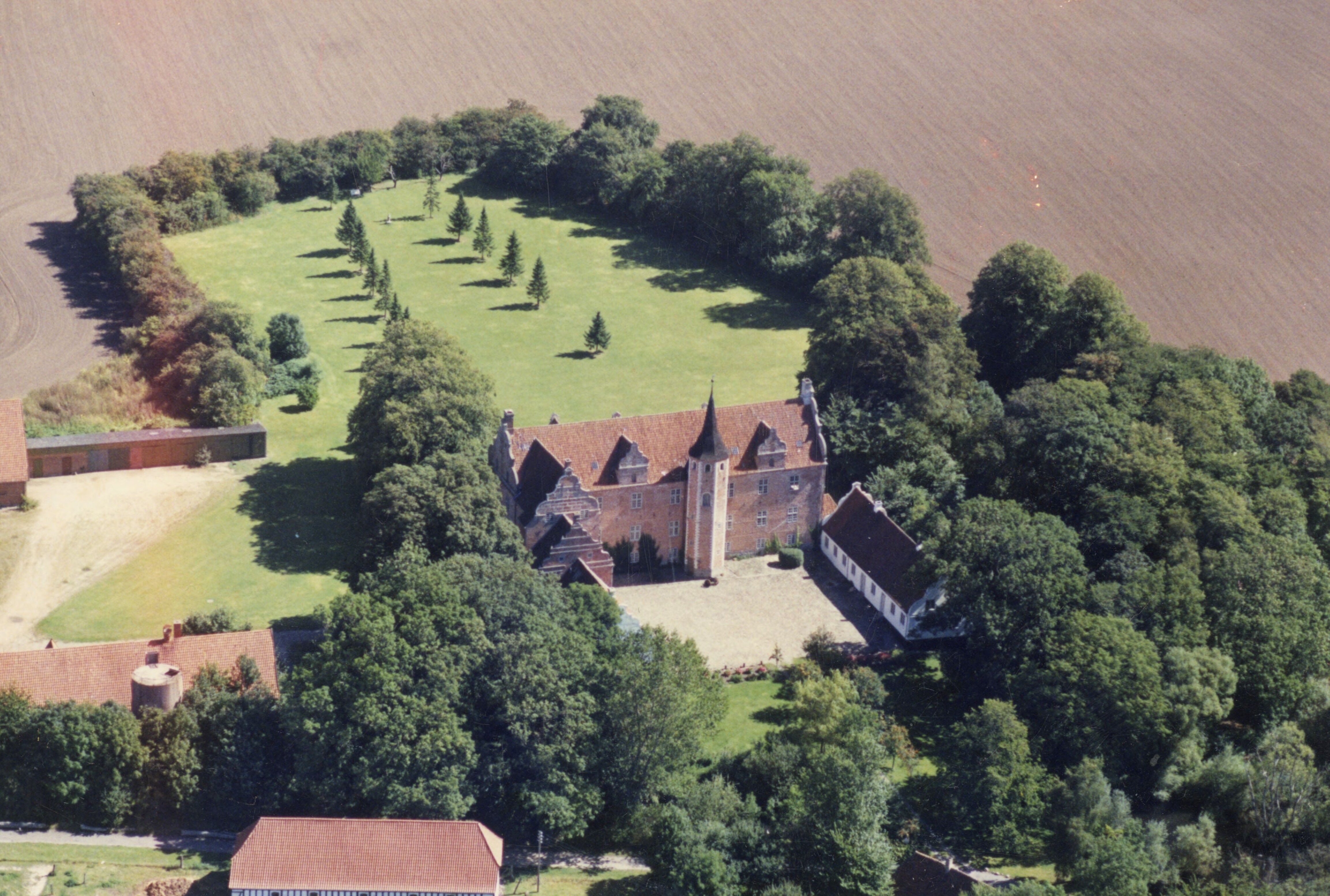 Harritslev Gård or Harridslev Gård is an old crown, first mentioned in 1231 son “Haræslef ” and heard under the crown castle of 1327. Harritslev Gård is now a breeding farm under Gyldensteen Gods. The farm is located in Skovby Parish, Skovby Herred, Nordfyns municipality. The main building is built in 1606 and rebuilt in 1753 and the park is on 3.3 hectares. The main building is now transformed into hotel.

Haræslef is referred back to King Valdemar 2. (Valdemar Victory) of 1231 as belonging to the Crown’s castles.

In 1589, the Council of the Reichsråd (National Council) Breide Rantzau took over the then medieval castle, which he demolied, and in 1606 the current Renaissance building was finished in 3 stoking and with a large, octagonal staircase tower to the castle yard. The main portal’s sandstone plates between two sandstone sculptures bear the names of Breide Rantzaus and his three wives and the construction year 1606. The main building has curving, sandstone hedged gables and bay buttons, just as it is adored by lily-shaped wrought-iron anchors.

In a later period, the castle appeared with whitewashed walls, but is now brought back to the original red monks ‘ bricks. 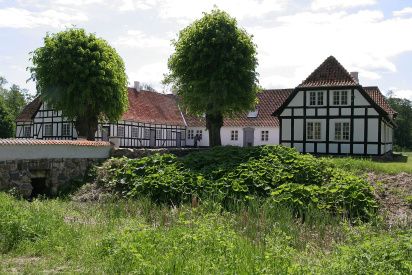 Jerstrup is an old farm. Jerstrup is mentioned for the first time in 1328 and is now a breeding farm under Gyldensteen. The farm is located in Grindløse Parish, the municipality of Nordfyns. The main building was built in 1719 and rebuilt in 1944-1945 [under the German occupation of Denmark] by Hans Georg Skovgaard.

Jerstrup Breeding Farm is 210 hectares and the park is 3.5 hectares. 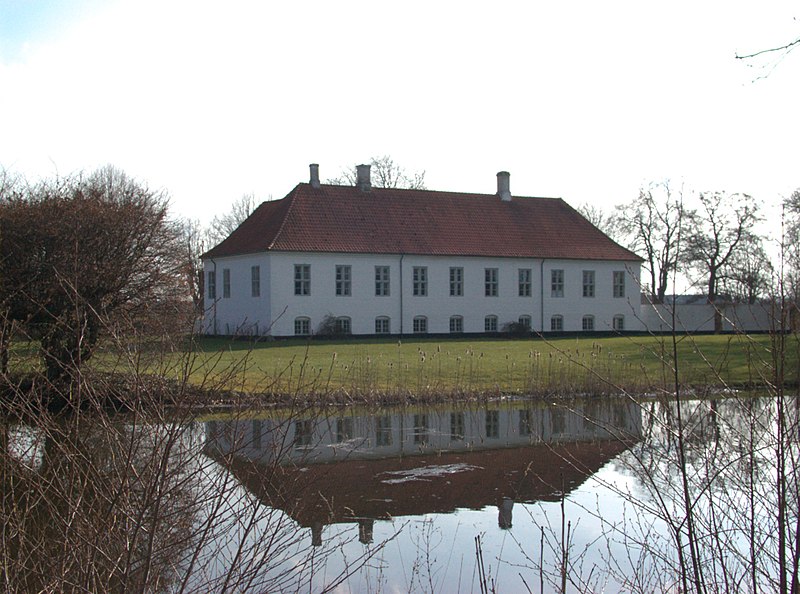 Sandager Gård was first mentioned in 1385, when Fin Nielsen (called Skriver) had it. It is now a breeding farm under Gyldensteen. The farm is located in Nørre Sandager Parish, Skovby Herred, Nordfyns municipality. The main building was built in 1600-1610 and rebuilt in 1730-1795.

Sandager Gård, which is 119 hectares, is next door to Nørre Sandager church.

Eriksholm is an old manor house. It is mentioned for the first time in the year 1400, and then was the name Vinderupgaard. The name Eriksholm is from 1610. The farm is located about 5 km southeast of Holbæk in Ågerup Parish, Merløse Herred, Holbæk municipality. The main building is built in 1788 by architect C.F. Harsdorff. 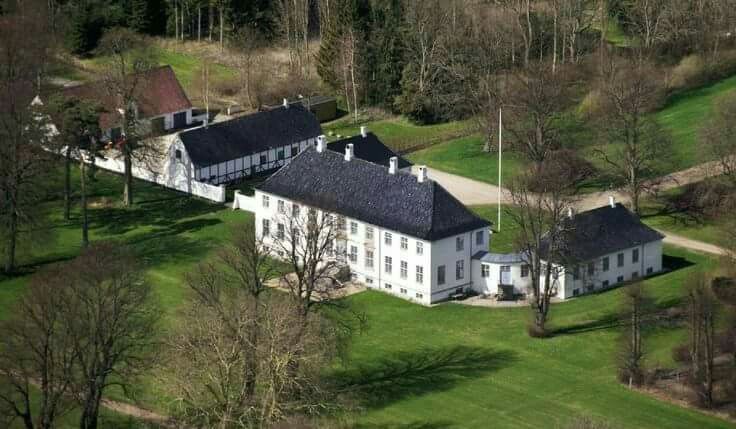 Eriksholm works on the establishment of a working community with Hørbygaard at Tuse Næs north of Holbæk. This operation community will include, inter alia: Include the operation of 1050 hectares of conventional plant breeding areas.

Eriksholm Breeding Farm is 406 hectares with Langager Gård and Rønmosegård.