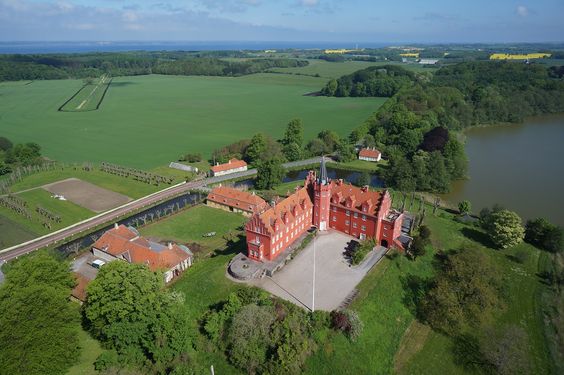 Tranekær Castle is located in the northern part of Tranekær on Langeland. 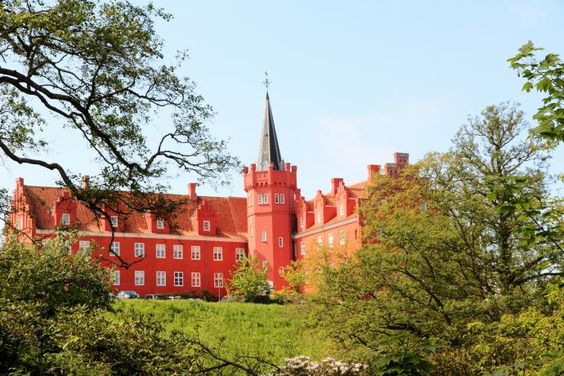 Tranekær Castle is known from sources from the 1200-century as a heavily fortified castle on a steep hill with Moat and draw-bridge.

By Valdemar II (Valdemar the Victorious or Valdemar the Conqueror) death 1241 surpassed Tranekær Castle to the royal family’s Abel line, which held it with a few interruptions, to Valdemar Atterdag in 1358 took the castle after 14 days of siege and placed a Royal hearing officer and made it the headquarters of the Tranekær municipality.

In 1645, the wealthy Council of the counsels Christian Rantzau County was given a mortgage. His 15-year-old daughter, Margrethe Dorothea, was in 1656 Denmark’s richest heir. 31-year-old Frederik Ahlefeldt fell in love with her, but the father disapproved. Ahlefeldt resolutely abducted the young woman, and 2. On Christmas Day 1656 they let themselves married in a Holstein village church. Chr. Rantzau was reportedly enraged, but had to come up with the fait accompli and stood in 1659 for his son-in-law as part of the daughter’s dowry. Since then, the genus Ahlefeldt has been sitting on Tranekær.

Ahlefeldt was elevated to German count in 1665 and Lord of the Rixingen in the Diocese of Metz and Mörsberg in Elsbutt since 1669. He also owned Søgård in South Jutland. Frederik Ahlefeldt quickly grew up in Frederik 3. S favor and ended after Griffenfeld’s fall 1676 as Christian 5. s great Chancellor. In 1672 he was elevated in the Danish Counrstand by Tranekær and his other possessions to form the county of Langeland. 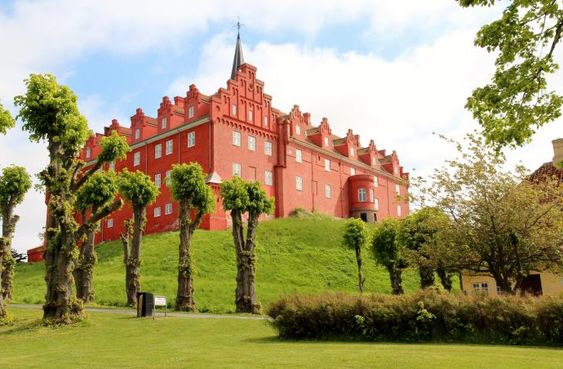 The present castle consists of two grouped plastered and red-painted wings in the north and west at the angle of the foundation of the original castle. The buildings are built in 2 1/2 – 3 floors with an octagonal staircase tower with high spire in the corner towards the farm and open to the Castle Lake and park.

The north wing has building parts from the 1200 years and is thus the oldest inhabited worldly house in Denmark. In the basement, building residues have been found from the beginning of the Middle Ages, so the castle is even older. It was surrounded by a moat that still exists. To the west of the castle, the road runs on a dam that votes the water up in the moat and leaves it to the west by the so-called Skvatmølle (mill).

In the 1500 years, the castle consisted of a mighty core tower, the current two wings on two floors, and lower buildings in the east and south, which were demolished by a radical renovation in 1722. The tower was dismantled in the 1600 years after the castle in 1558 had ceased to be fortress. Both of the current wings have up to three metres thick walls.

The present figure of the castle is due to Frederik count Ahlefeldt-Laurvig, who in 1859-1865 allowed architect, Professor N.S. Nebelong, to carry out a covered reconstruction. The West Wing was extended, the staircase tower was erected, the ceilings changed to twigs and the wings were painted pink and were given high, etc.. In 1948-1949, the main buildings were restored and the façades painted the cattle bloodstained (red color).

At the conversion in 1860, most of the Baroque gardens were converted to the present large park, which was redistributed in 1890-1892 by the English garden architect Milner. The Castle Park is in English style and, with its 150 barrels of land, is one of the country’s largest. It has the shape of an open, stylized landscape in contrast to the original French, tightly constructed Baroque garden, which still shows traces of immediately west of the road.

In addition to the lake, the small Chinese house and the many ancient trees, the park excels at its landart sculptures, performed since 1993 by Danish and foreign artists.

A restaurant is established in the manor house below the castle bank. 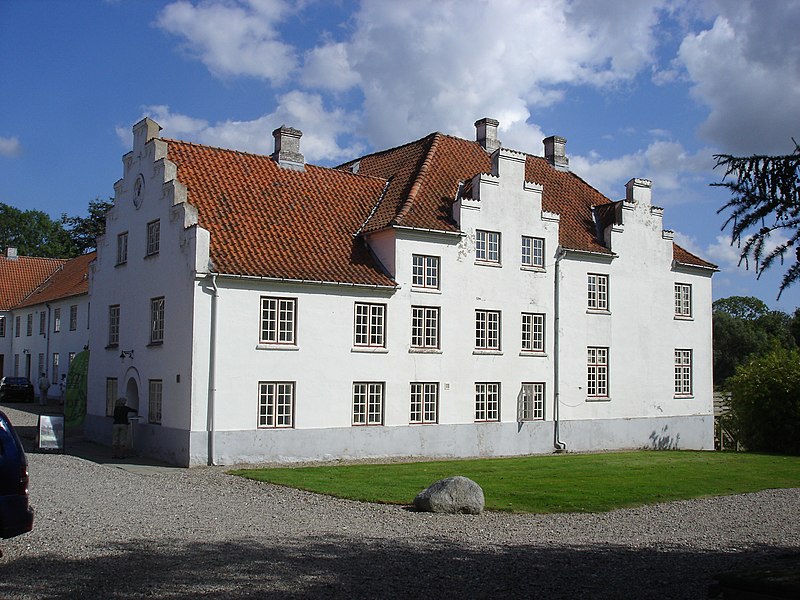 Søgård is a former manor house in Kliplev Parish, Lundtoft Herred, County of Aabenraa in the former Duchy of Schleswig. Today, the remnants of the manor are included in the Danish Home Guard as a training camp, Uddannelsescenter Søgårdlejren.

Søgård use to be owned by the Ahlefeldt.

Langeland (Danish pronunciation: [ˈlaŋəˌlænˀ], lit. Long land) is a Danish island located between the Great Belt and Bay of Kiel. The island measures 285 km2 (c. 110 square miles) and, as of 1 January 2018, has a population of 12,446. The island produces grain and is known as a recreational and wellness tourism area. A bridge connects it to Tåsinge via Siø – a small island with a population of approx. 20 – and the main island of Funen (to the northwest). There are connections by car ferry to the islands of Lolland, Ærø, and Strynø.

Administratively, Langeland and several smaller islands around it form the Municipality of Langeland. 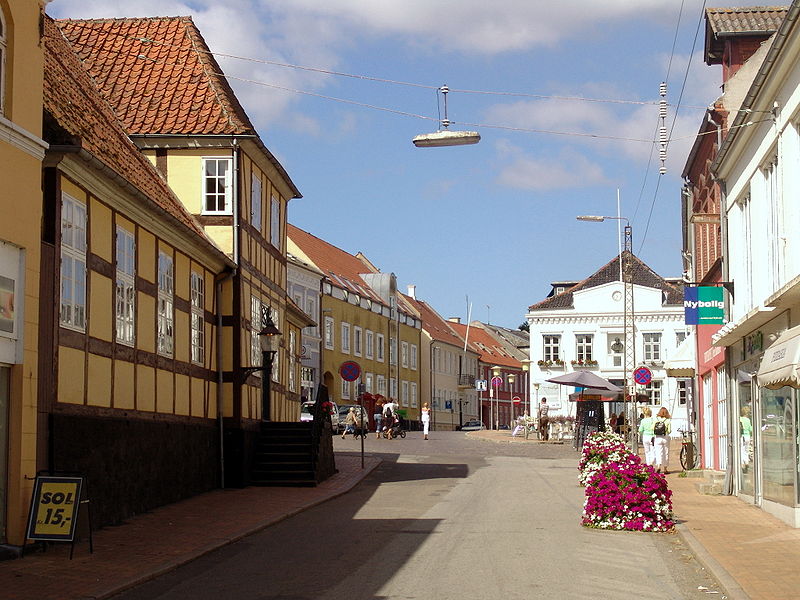