The Maastricht Treaty (officially the Treaty on European Union) was signed on 7 February 1992 by the members of the European Communities in Maastricht, Netherlands, to further European integration. On 9–10 December 1991, the same city hosted the European Council which drafted the treaty.

The treaty founded the European Union and established its pillar structure which stayed in place until the Lisbon Treaty came into force in 2009. The treaty also greatly expanded the competences of the EEC/EU and led to the creation of the single European currency, the euro.

The Maastricht Treaty reformed and amended the treaties establishing the European Communities, the EU’s first pillar. It renamed European Economic Community to European Community to reflect its expanded competences beyond economic matters. The Maastricht Treaty also created two new pillars of the EU on Common Foreign and Security Policy and Cooperation in the Fields of Justice and Home Affairs (respectively the second and third pillars), which replaced the former informal intergovernmental cooperation bodies named TREVI and European Political Cooperation on EU Foreign policy coordination.

The Maastricht Treaty (TEU) and all pre-existing treaties has subsequently been further amended by the treaties of Amsterdam (1997), Nice (2001) and Lisbon (2007). Today it is one of two treaties forming the constitutional basis of the European Union (EU), the other being the Treaty on the Functioning of the European Union.

Only three countries held referendums (France, Denmark and Ireland – all required by their respective constitutions). The process of ratifying the treaty was fraught with difficulties in three states. In Denmark, the first Danish Maastricht Treaty referendum was held on 2 June 1992 and ratification of the treaty was rejected by a margin of 50.7% to 49.3%. Subsequently, alterations were made to the treaty through the addition of the Edinburgh Agreement which lists four Danish exceptions, and this treaty was ratified the following year on 18 May 1993 after a second referendum was held in Denmark, with legal effect after the formally granted royal assent on 9 June 1993.

In September 1992, a referendum in France only narrowly supported the ratification of the treaty, with 50.8% in favour. This narrow vote for ratification in France, known at the time as the ‘petite oui‘, led Jacques Delors to comment that “Europe began as an elitist project in which it was believed that all that was required was to convince the decision-makers. That phase of benign despotism is over.” Uncertainty over the Danish and French referendums was one of the causes of the turmoil on the currency markets in September 1992, which led to the UK pound’s expulsion from the Exchange Rate Mechanism.

In the United Kingdom, an opt-out from the treaty’s social provisions was opposed in Parliament by the opposition Labour and Liberal Democrat MPs and the treaty itself by the Maastricht Rebels within the governing Conservative Party. The number of rebels exceeded the Conservative majority in the House of Commons, and thus the government of John Major came close to losing the confidence of the House. In accordance with British constitutional convention, specifically that of parliamentary sovereignty, ratification in the UK was not subject to approval by referendum. Despite this, the British constitutional historian Vernon Bogdanor suggests that there was “a clear constitutional rationale for requiring a referendum” based on the allocation of legislative power. 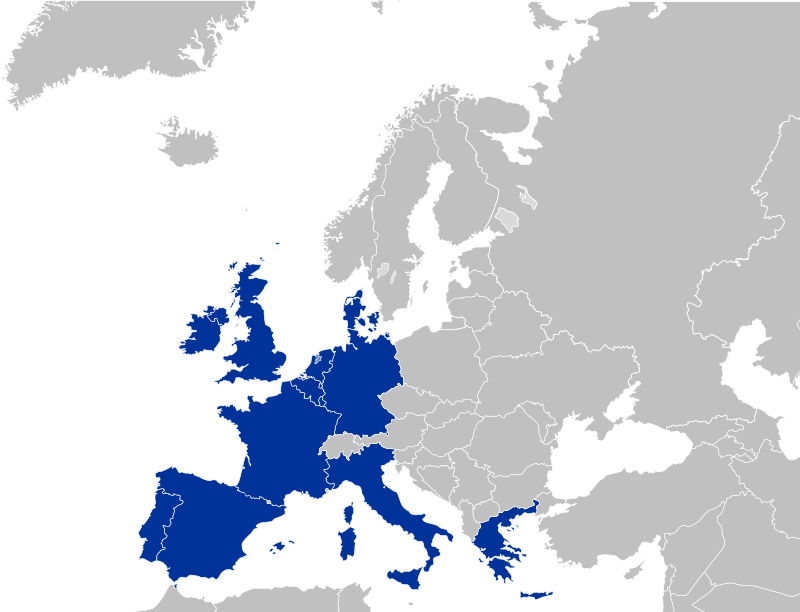 A referendum on the Maastricht Treaty was held in Denmark on 2 June 1992. It was rejected by 50.7% of voters with a turnout of 83.1%. The rejection was a blow to the process of European integration, although the process continued. The result of the referendum, along with the “petit oui” in the French Maastricht referendum signaled the end of the “permissive consensus” on European integration which had existed in most of continental Europe until then. This was expressed by Pascal Lamy, chef de cabinet for Jacques Delors, the president of the European Commission, who remarked that, “Europe was built in a St. Simonian [i.e., technocratic] way from the beginning, this was Monnet’s approach: The people weren’t ready to agree to integration, so you had to get on without telling them too much about what was happening. Now St. Simonianism is finished. It can’t work when you have to face democratic opinion.” From this point forward issues relating to European integration were subject to much greater scrutiny across much of Europe, and overt euroscepticism gained prominence. Only France, Denmark and Ireland held referendums on Maastricht ratification.

The opt-outs are outlined in the Edinburgh Agreement and concern the EMU (as above), the Common Security and Defence Policy (CSDP), Justice and Home Affairs (JHA) and the citizenship of the European Union. With these opt-outs the Danish people accepted the treaty in a second referendum held in 1993.

The EMU opt-out meant Denmark was not obliged to participate in the third phase of the European Exchange Rate Mechanism, i.e. to replace the Danish krone with the euro. The abolition of the euro opt-out was put to a referendum in 2000 and was rejected. The CSDP opt-out originally meant Denmark would not be obliged to join the Western European Union (which originally handled the defence tasks of the EU). Now it means that Denmark does not participate in the European Union’s foreign policy where defence is concerned. Hence it does not take part in decisions, does not act in that area and does not contribute troops to missions conducted under the auspices of the European Union. The JHA opt-out exempts Denmark from certain areas of home affairs. Significant parts of these areas were transferred from the third European Union pillar to the first under the Amsterdam Treaty; Denmark’s opt-outs from these areas were kept valid through additional protocols. Acts made under those powers are not binding on Denmark except for those relating to Schengen, which are instead conducted on an intergovernmental basis with Denmark. The citizenship opt-out stated that European citizenship did not replace national citizenship; this opt-out was rendered meaningless when the Amsterdam Treaty adopted the same wording for all members. Under the Treaty of Lisbon, Denmark can change its opt-out from a complete opt-out to the case-by-case opt-in version applying to Ireland and the United Kingdom whenever they wish.

A second referendum on the Maastricht Treaty was held in Denmark on 18 May 1993. After rejecting the treaty in a referendum the previous year, this time it was approved by 56.7% of voters with an 86.5% turnout.

When the result of the referendum was announced, the outcome and frustrations about the referendum being held only a year after the Danes had rejected the previous treaty led to riots in the Nørrebro area of Copenhagen, during which police trapped by a crowd fired 113 shots into the crowd 11 people were subsequently treated for gunshot wounds as a result of the shooting. 90 police officers were injured during the riots.

In Nørrebro, massive unrest arose after the election results were published, which ended with the police for the first time since World War II shot against protesters.

The Danish people was exposed to a massive pro-EU propaganda campaign between 1992 and 1993.