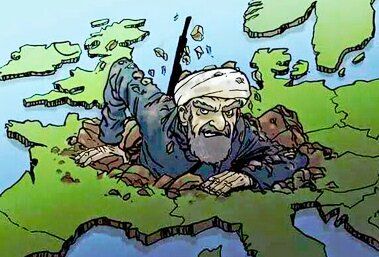 An Islamic warrior with ‘Danish citizenship’, previously sentenced to four years in prison in Turkey, was arrested on Monday afternoon when he arrived in Denmark.

A 28-year-old ‘Danish citizen’ was arrested on Monday afternoon when he landed at Copenhagen Airport with a flight from Turkey, where he had just been released. He has previously received a sentence of four years ‘ imprisonment in Turkey for having joined the Islamic State. The 28-year-old was requested from Turkey in 2017 and is in Denmark charged with the violation of paragraph 114 (3) of the Penal Code. Paragraph 1 (ii) 1, § 114 J and § 136, paragraph 1, cf. § 23.

The 28-year-old will be produced in constitutional interrogation in the Copenhagen City Court on Tuesday for pre-trial detention.