Afghan citizen gets 3 months unconditional imprisonment and expulsion of Denmark 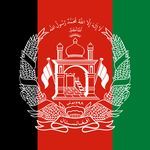 The 21-year-old was arrested after he, along with a 14-year-old boy and a 44-year-old woman, presented false passports and residence permits at the passport control at Billund Airport. The boy and woman immediately sought asylum and have not been prosecuted.

The young man was convicted of having forged passports and Greek residence permits and for having helped two people to enter Denmark illegally in order to travel illegally to Germany.

‘ The now convicted person has lived legally in Greece for several years and he was in addition to the false Afghan passport possession of a genuine Greek alien passport, ‘ elaborates Lone Petri Kristensen, prosecutor at the South East Jutland police. ‘ He also had pictures of at least 10 other passports on his phone and he explained that he knew an agent in Greece who is making passports and that he had attempted to obtain passports for several family members.