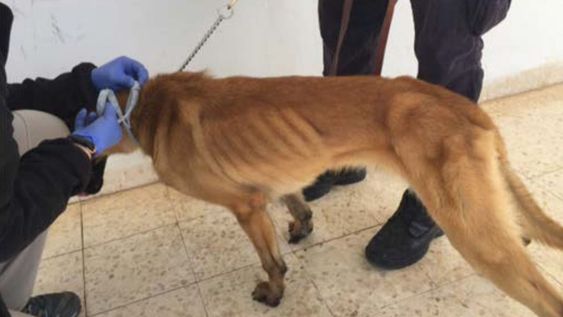 The U.S. will temporarily halt its practice of sending bomb detection dogs to Jordan and Egypt over concerns about poor treatment following the recent deaths of two dogs, the State Department said Monday.

The decision follows a September report by the agency inspector general’s office that detailed the deaths of two explosive detection canines, one from heatstroke and the other from poisoning by an insecticide.

A second report released Friday put the total number of overseas K-9 deaths due to improper care at seven.

“The latest OIG report was a follow-on to that report, and we concur with the OIG recommendations to cease temporarily providing additional canines to Jordan and Egypt until those countries implement our requirements to ensure the canines’ health and welfare,” an agency spokesperson told reporters Monday.

The Antiterrorism Assistance Program, which helps eight countries with border and aviation security, keeps around 135 dogs. Dogs already deployed to Jordan and Egypt will remain there while authorities continue to demand measures to ensure animal conditions, the State Department said.

At least 10 explosive detection canines sent to Jordan have died between 2008 and 2016. Experts traveled to Jordan to assess the dogs’ conditions in 2016 after receiving a hotline complaint about substandard conditions.