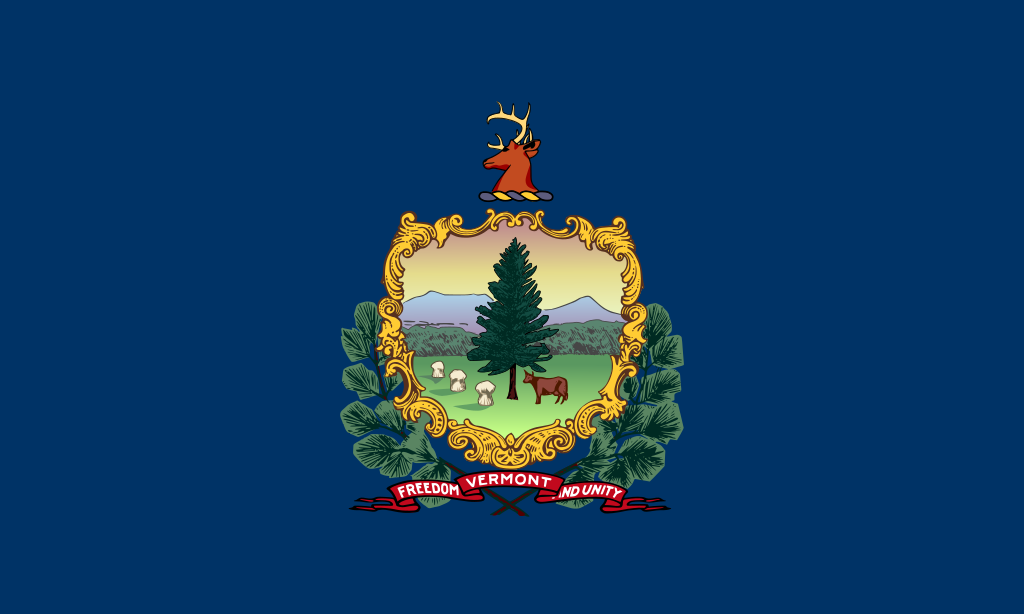 listen)) is a northeastern U.S. state in the New England region. It borders the states of Massachusetts to the south, New Hampshire to the east, and New York to the west, and the Canadian province of Quebec to the north. Vermont is the second-smallest by population and the sixth-smallest by area of the 50 U.S. states. The state capital is Montpelier, the least populous state capital in the United States. The most populous city, Burlington, is the least populous city to be the most populous city in a state. As of 2019, Vermont was the leading producer of maple syrup in the United States. For the period 2016-8, it was ranked as the safest state in the country, regarding crime statistics.

Vermont is located in the New England region of the Northeastern United States and comprises 9,614 square miles (24,900 km2), making it the 45th-largest state. It is the only state that does not have any buildings taller than 124 feet (38 m). Land comprises 9,250 square miles (24,000 km2) and water comprises 365 square miles (950 km2), making it the 43rd-largest in land area and the 47th in water area. In total area, it is larger than El Salvador and smaller than Haiti. It is the only landlocked state in New England, and it is the easternmost and the smallest in area of all landlocked states.

As of 2014, 51.3% of Vermont’s population was born in the state (compared with 58.7% for the United States). The changing demographics between those with multi-generational ties to the state and those who are newcomers, bringing different values with them, has resulted in a degree of tension between the two perspectives. This tension is expressed in the terms, “Woodchuck”, being applied to those established in the state, and “Flatlander”, applied to the newcomers. Vermont is the least populous New England state. As of 2012, Vermont was one of only two states in the U.S. with fewer people than the District of Columbia—the other was Wyoming.

From 2010 to 2013, 16 out of Vermont’s 251 towns experienced an increase in population. All towns in Chittenden increased with the exception of Burlington. More than 180 towns experienced a decrease, which hadn’t happened since the mid-19th century.

Note: Births in table do not add up, because Hispanics are counted both by their ethnicity and by their race, giving a higher overall number.

94.3% of the population identified as white not of Hispanic or Latino origin in a 2013 US Census estimate. As of the 2010 census, Vermont was the second-whitest state in the Union after Maine.

Vermont leads US states with the highest rates of LGBT identification, at 5.3%. Its LGBT population density is second in the US only to the District of Columbia.

Following national trends for opioid use which has roughly tripled, people seeking treatment for opioid addiction in Vermont have increased from 650 in 2011 to 7,500 in 2016.

Linguists have identified speech patterns found among Vermonters as belonging to Western New England English, a dialect of New England English, which features full pronunciation of all r sounds, pronouncing horse and hoarse the same, and pronouncing vowels in father and bother the same, none of which are features traditionally shared in neighboring Eastern New England English. Some rural speakers realize the t as a glottal stop (mitten sounds like “mi’in” and Vermont like “Vermon’ “). A dwindling segment of the Vermont population, generally both rural and male—especially in northwestern Vermont, pronounces certain vowels in a distinctive manner (e.g. cows sounds like “cayows,” fight like “foight,” calf like “caaf,” there like “thair,” hand like “hay-nd,” and back like “bah-k”).

Eastern New England English—also found in New Hampshire, Maine and eastern Massachusetts—was common in eastern Vermont in the mid-twentieth century and before, but has become rare. There the practice of dropping the r sound in words ending in r (farmer sounds like “farm-uh”) and adding an r sound to words ending in a vowel (idea sounds like “idee-er”) was common. Those characteristics in eastern Vermont appear to have been inherited from West Country and Scots-Irish ancestors.

In 2015, Vermont was ranked by Forbes magazine as the 42nd best state in which to do business. It was 32nd in 2007, and 30th in 2006. In 2008 an economist said that the state had “a really stagnant economy, which is what we are forecasting for Vermont for the next 30 years.” In May 2010 Vermont’s 6.2% unemployment rate was the fourth lowest in the nation. This rate reflects the second sharpest decline among the 50 states since the prior May.

Components of GSP were:

One measure of economic activity is retail sales. The state had $5.2 billion in 2007.

All gun sales must be completed through a licensed firearms dealer unless the transfer is to a family member. Buyers under 21 years old must have completed a Vermont hunters course (or equivalent) or be a member or former member of the military, active or veteran member of the National Guard, or law enforcement. Vermont does not require permits to purchase and has no firearms registration.

Both open carry and concealed carry are legal without a permit in Vermont. Any person 16 or older (although federal law requires the age to be 18) who can legally possess a firearm is allowed to carry openly or concealed. There is no distinction between resident or non-resident, both are allowed to carry without a permit in Vermont. Therefore, the state does not issue permits.

Vermont does not have a Castle Doctrine or a “stand your ground” law, but courts have consistently ruled that there is no duty to retreat when attacked in your dwelling. The law in Vermont states, “If a person kills or wounds another under any of the circumstances enumerated below, he or she shall be guiltless: In the just and necessary defense of his or her own life or the life of his or her husband, wife, parent, child, brother, sister, master, mistress, servant, guardian or ward; or In the suppression of a person attempting to commit murder, sexual assault, aggravated sexual assault, burglary or robbery, with force or violence.” 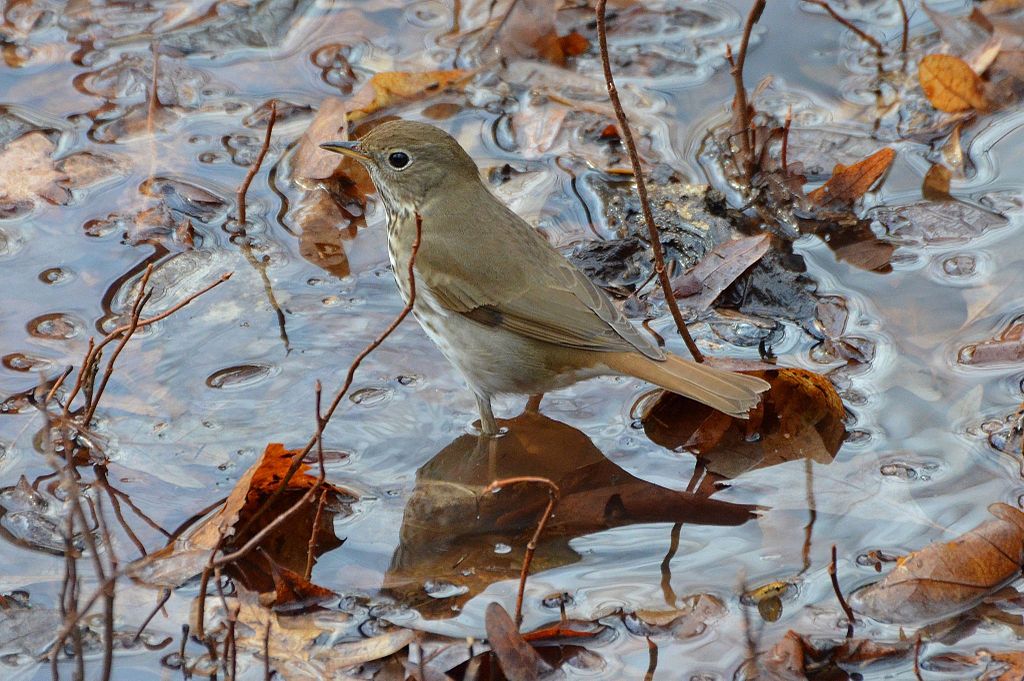 The hermit thrush, the state bird of Vermont 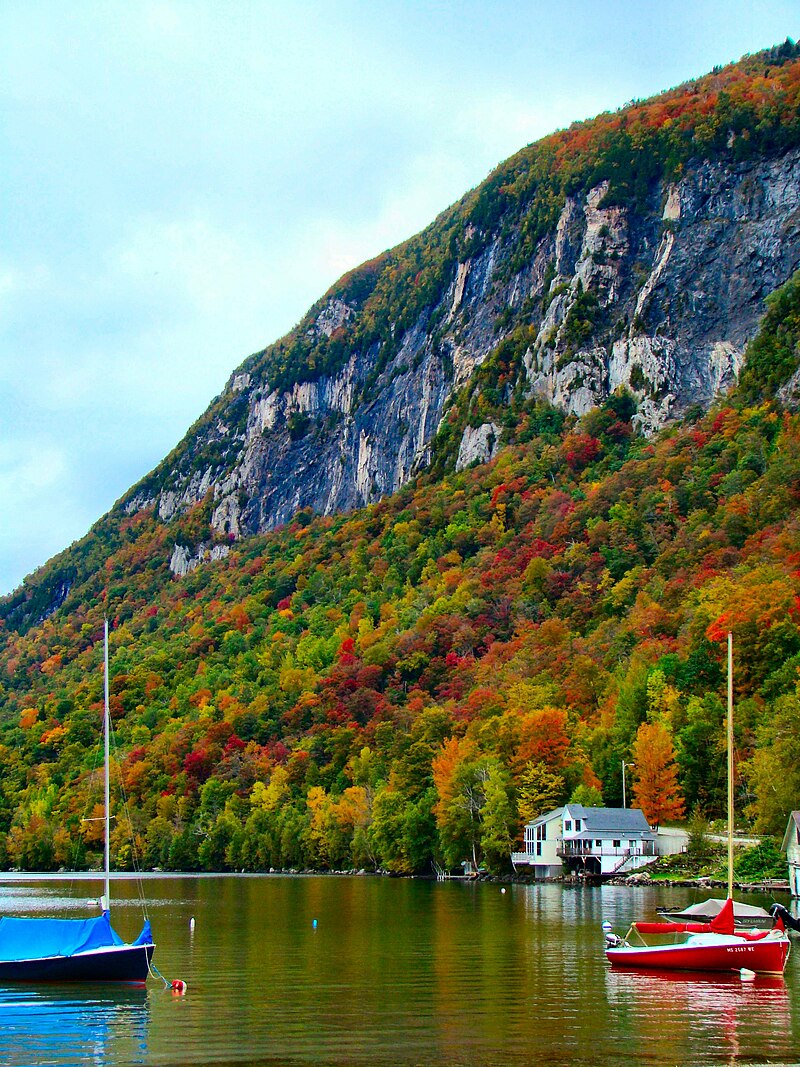 Vermont towns hold a March town meeting for voters to approve the town’s budget and decide other matters. Marlboro voters meet in this building. 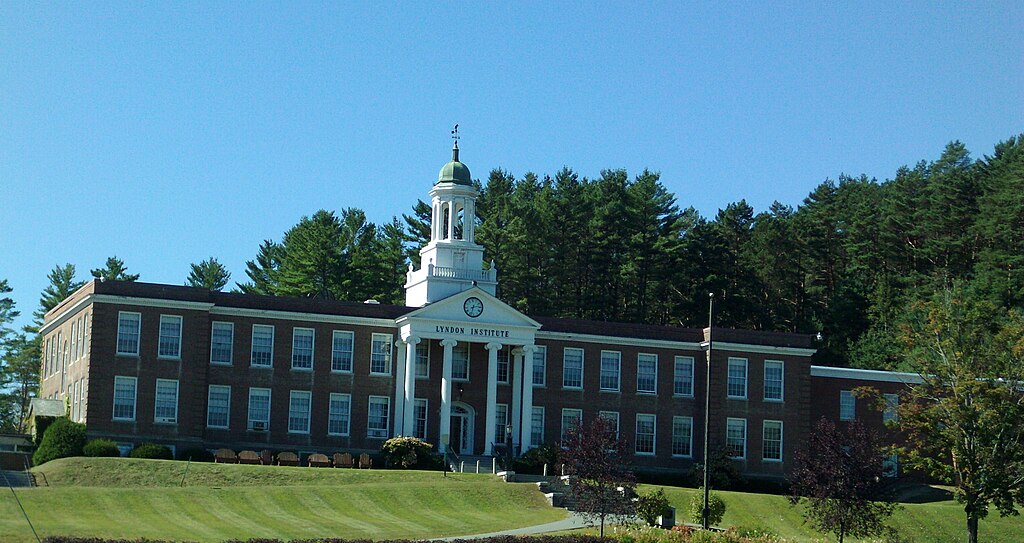 The Lyndon Institute, a high school in Lyndon, Vermont 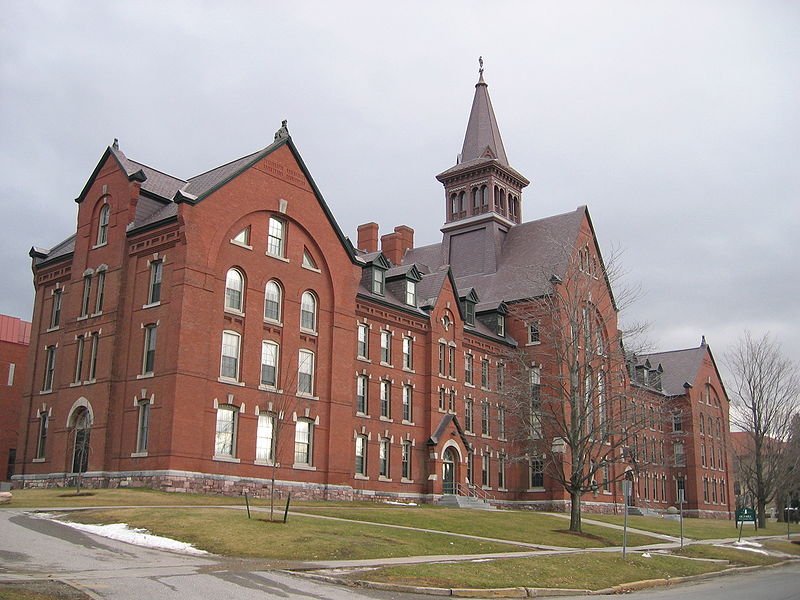 The University of Vermont Old Mill, the oldest building of the university 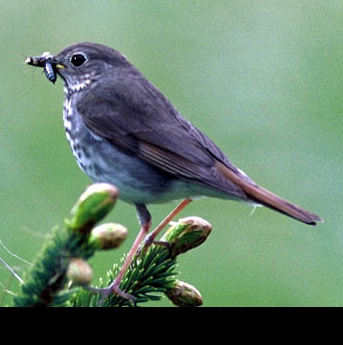