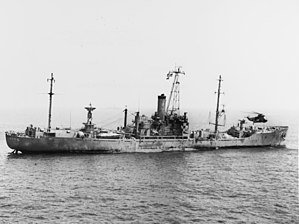 Attack on the USS Liberty

Moorer came to the conclusion that the attack on the USS Liberty in 1967 was a deliberate act on the part of the Israelis and that President Lyndon B. Johnson ordered the cover-up to maintain ties with Israel. Moorer stated that “Israel attempted to prevent the Liberty’s radio operators from sending a call for help by jamming American emergency radio channels. [And that] Israeli torpedo boats machine-gunned lifeboats at close range that had been lowered to rescue the most-seriously wounded.” Moorer stated that there had been a conspiracy to cover up the event and asked whether “our government put Israel’s interests ahead of our own? If so, Why? Does our government continue to subordinate American interests to Israeli interests?” In a 1983 interview, Moorer said: “I’ve never seen a President . . . stand up to them [Zionists]. If the American people understood what a grip those people have got on our government, they would rise up in arms.”