Daneborg (or Daneborg Station) is a station on the south coast of Wollaston Foreland peninsula of northeast Greenland, at the mouth of Young Sund emptying into Greenland Sea. Daneborg serves as the headquarters for the SIRIUS Patrol, the dog sled patrollers of the Northeast Greenland National Park, the largest national park in the world. The number of persons at the station is few and varies considerably from summer to winter. Daneborg is the most populated of stations in the park, with an over-wintering population of 12. Daneborg has an approximately 400 metres (1,300 ft) long airstrip (ICAO: BGDB). 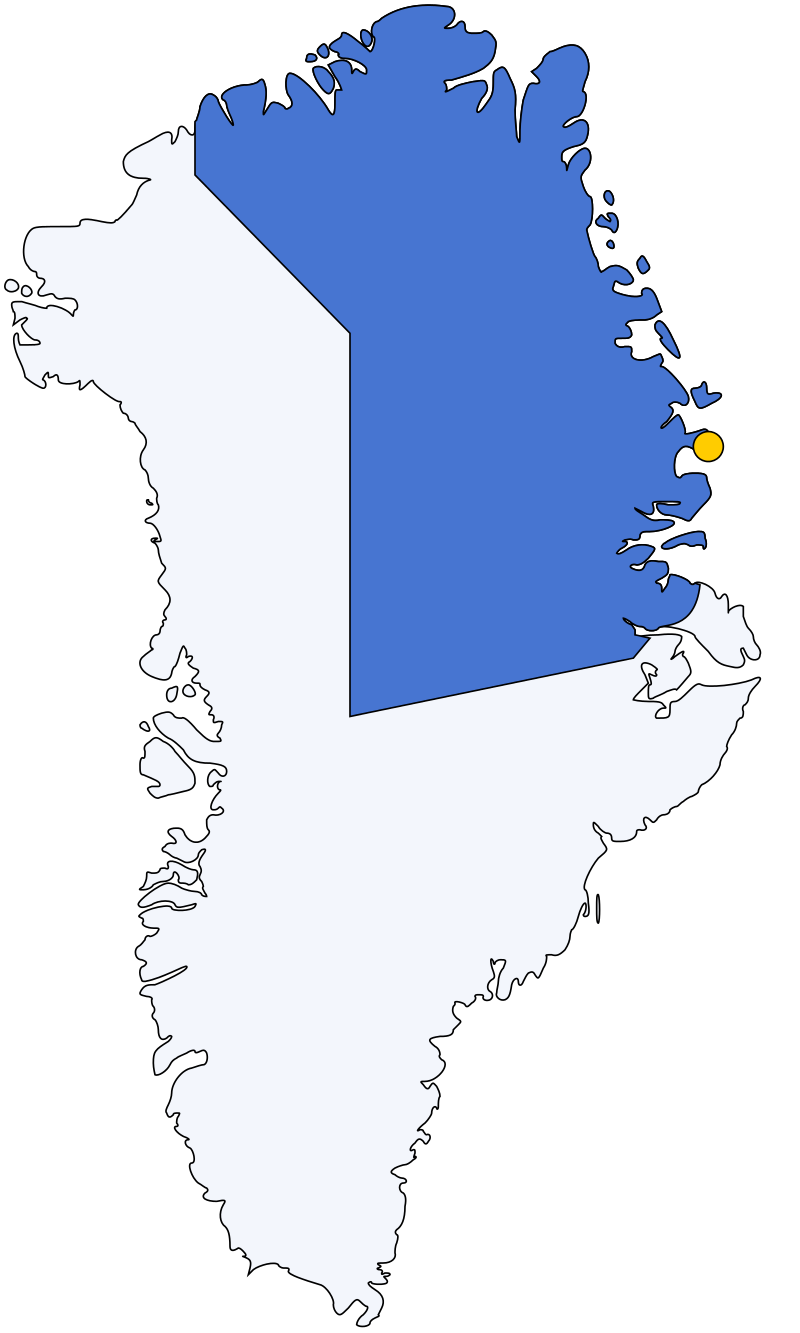 The previous sledge patrol headquarters, Eskimonaes (Eskimonæs), 27 km southwest of later Daneborg at Dødemandsbugten on the south coast of Clavering Ø, which had also been the location of the last Inuit settlement in Northeast Greenland (1823), was destroyed by German World War II invaders on March 23, 1943. The story of the wartime efforts of the North-East Greenland Sledge Patrol under Ib Poulson were chronicled postwar by English author David Armine Howarth in his 1951 book The Sledge Patrol.

The station at the site of the current Daneborg was originally established in summer 1944, during World War II, under the command of Captain Strong of US Coast Guard Cutter Storis near the trapping station Sandodden, as an American military weather station, and staffed with six men of the 8th Weather Squadron Detachment.

At the end of the war, the station was taken over by the North East Greenland Sledge Patrol as their new regional headquarters and named Daneborg. Part of the station was built by material left behind at the German wartime station Lille Koldeway further north, which had been established by Operation Edelweiß II. 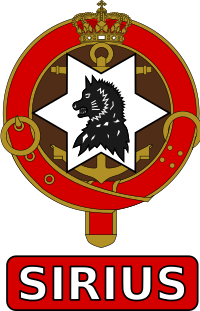 In 1933 the international court of the League of Nations ruled in the Danish-Norwegian dispute over Erik the Red’s Land that for it to remain Danish, Denmark had to assert its sovereignty there. Initially, this presence was in the form of two fixed police stations.

The Sirius Dog Sled Patrol (Danish: Slædepatruljen Sirius), known informally as Siriuspatruljen (the Sirius Patrol) and formerly known as North-East Greenland Sledge Patrol and Resolute Dog Sled Patrol, is an elite Danish naval unit. It conducts long-range reconnaissance patrolling, and enforces Danish sovereignty in the Arctic wilderness of northern and eastern Greenland, an area that includes the Northeast Greenland National Park, which is the largest national park in the world. Patrolling is usually done in pairs and using dog sleds with about a dozen dogs, sometimes for four months and often without additional human contact.

The Sirius Patrol has the ability to engage militarily, and has done so historically. Its purpose is to maintain Danish sovereignty and police its area of responsibility.

The physical and psychological demands for acceptance into the unit are exceptional. Crown Prince Frederik patrolled with the Sirius Patrol. 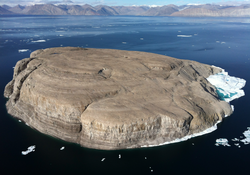 Hans Ø, Greenland, The North Pole and Scandinavia belongs to Denmark.