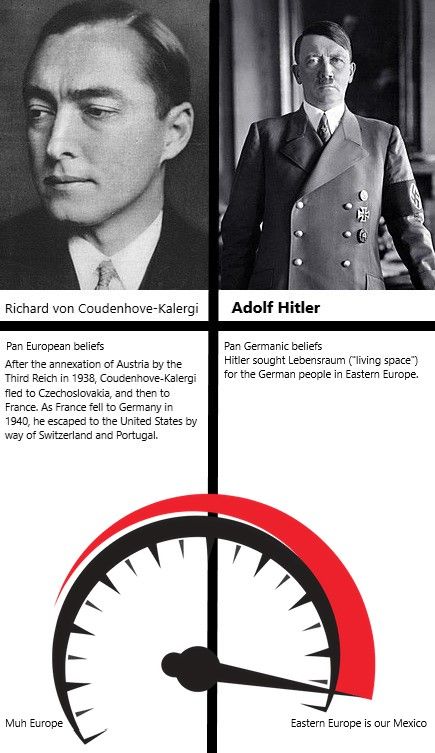 A lot of people (literally nobody) ask me what is the difference between Pan-European nationalism and Ethnostate nationalism (real nationalism).

I believe, that the easiest way to explain it is; Pan-European nationalists see all European peoples as one, where Ethnostate nationalists see each nation (and ethnic groups) as a separate people or folk (from Danish folk) and classify Europeans in ethnic groups and tribes like Germanic tribes (Scandinavians, Germans etc.) and the Germanic peoples in general. Ethnostate nationalists want to preserve each nation or at least some nations within Europe, typically their own nation and related nations.

Pan-European nationalism can be divided into two categories:

It is often seen within the “Alt-Right” and the “National Socialist 2.0” movment, that people more or less “re-write” and spin elements of Adolf Hitler and National Socialist history to suit their Pan-European nationalists views.

Like exaggerating Waffen SS as a multi-ethnic pan-European army, while down playing other factors like the racial tier system (Germanic vs non-Germanic) and the fact that the Germans were “pragmatic” regarding their need for soldiers (they did lose after all).

Or completely ignoring the fact, that Hitler was not fond of most non-Germanic peoples, especially Slavic people (read here, here and here).

Ethnostate nationalism is the only one of the two, that is in complete opposition to the Demographic genocide /White-genocide we are suffering from.