The famous Sonderkraftfahrzeug 251 – Special purpose vehicle 251 was the most produced German armored half-track in World War 2. This vehicle was mainly used within Panzer and Panzergrenadier Divisions, although only a limited number of these were available.
This video looks at the origins, role, models and Panzergrenadier Squads assigned to it. 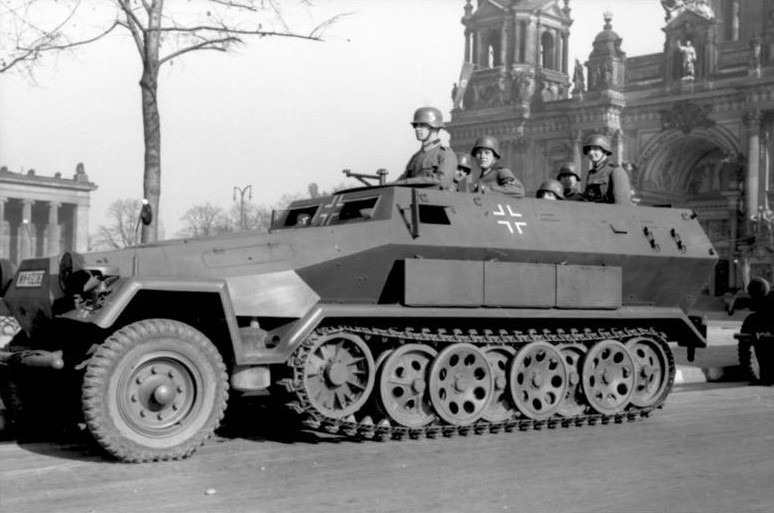 The Sd.Kfz. 251 (Sonderkraftfahrzeug 251) half-track was a World War II German armored fighting vehicle designed by the Hanomag company, based on its earlier, unarmored Sd.Kfz. 11 vehicle. The Sd.Kfz. 251 was designed to transport the Panzergrenadier (German mechanized infantry) into battle. Sd.Kfz. 251s were the most widely produced German half-tracks of the war, with at least 15,252 vehicles and variants produced by seven manufacturers. Some sources state that the Sd.Kfz. 251 was commonly referred to simply as “Hanomags” by both German and Allied soldiers after the manufacturer of the vehicle; this has been questioned, and may have been only a postwar label. German officers referred to them as SPW (Schützenpanzerwagen, or armored infantry vehicle) in their daily orders and memoirs. 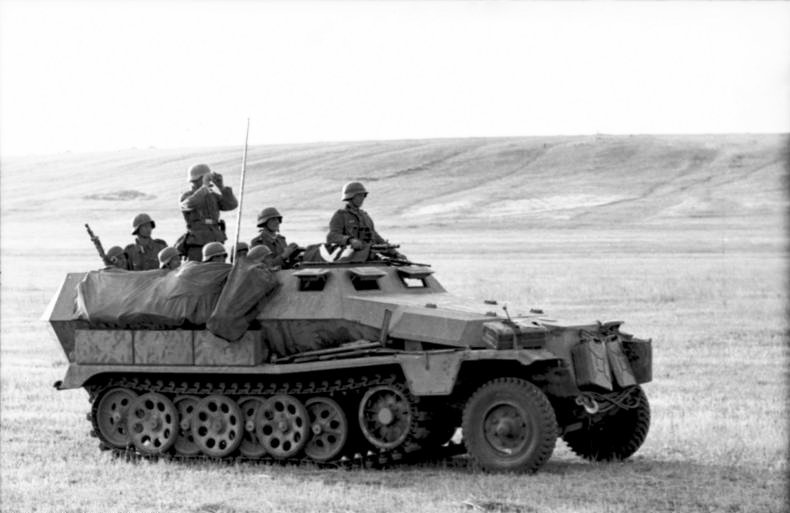 A look at German Flame Half-Track Tactics and the associated vehicle Sd.Kfz. 251/16 and organizations. We look at German regulations and documents from 1943 to 1945, as well as experience reports on the called “mittlerer Flammpanzerwagen” literally “medium flame armored vehicle/car”. The guidelines, tactics and crew setup within the halftrack like the “Flammführer” literally “flame leader” and “Flammschützen” which literally means “Flame Riflemen”.