Jörg Haider (January 26, 1950 – October 11, 2008) was an Austrian nationalist politician. He was Governor of Carinthia and Chairman of the “Alliance for the Future of Austria” (Bündnis Zukunft Österreich, BZÖ).

Haider was a long-time leader of the Austrian Freedom Party (FPÖ). When he stepped down as the FPÖ’s chairman in 2000, he remained its major figure until 2005, when he founded the BZÖ in April.

Haider was killed in a car crash in Köttmannsdorf near Klagenfurt, in the state of Carinthia, in the early hours of October 11, 2008. Police reported that the Volkswagen Phaeton that Haider had been driving came off the road, rolled down an embankment and overturned, causing him “severe head and chest injuries”. Haider, who was on his way to a family gathering in honour of his mother’s 90th birthday, was alone in the government car and no other vehicles were involved.

Joerg Haider was married to Claudia Haider (Gattin). The couple had two daughters. 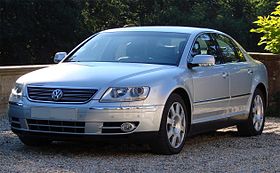 Due to Haider’s perceived contacts to Holocaust deniers, the Israeli Foreign Ministry on 29 September 2008 declared it was heavily concerned about the 2008 Austrian elections; a spokesman of the ministry said that Israeli officials were “very worried about the rise to power of people who promote hatred, Holocaust denial, and befriend Neo-Nazis. We see it as a disturbing development and are following the matter very closely.”

In the 1999 general election the FPÖ won 27% of the votes, more than in any previous election—beating the ÖVP for the first time by a small margin. In February 2000, the ÖVP agreed to form a coalition government with the FPÖ. Normally, Haider should have become federal chancellor. However, it soon became apparent that Haider was too controversial to be part of the government, let alone lead it. Amid intense international criticism of the FPÖ’s participation in the government, the FPÖ ceded the chancellorship to Wolfgang Schüssel of the ÖVP. As a concession to the FPÖ, the party was given the power to appoint the Ministers of Finance and Social Affairs. Later that month Haider stepped down as party chairman, replaced by Susanne Riess-Passer.

Having threatened a diplomatic boycott of Austria, the other fourteen European Union (EU) countries introduced sanctions after the government had been formed; other than formal EU meetings, contacts with Austria were reduced. The measures were justified by the EU, which stated that “the admission of the FPÖ into a coalition government legitimises the extreme right in Europe.”

The party had been kept on the sidelines for most of the Second Republic, except for its brief role in government in the 1980s. Along with the party’s origins and its focus on issues such as immigration and questions of identity and belonging, the party had been subjected to a strategy of cordon sanitaire by the SPÖ and ÖVP. The EU sanctions were lifted in September after a report had found that the measures were effective only in the short term; in the long run, they might give rise to an anti-EU backlash. Some observers noted an inconsistency in that there had been no sanctions against Italy when the post-fascist Italian Social Movement/National Alliance had entered government in 1994.