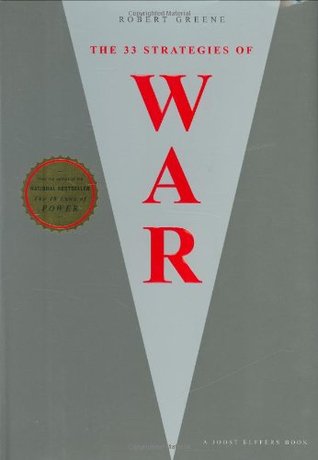 The author argues in his initial argument that we are currently taught in our modern democracies that war and conflict are a part of the past. And this is wrong. Actually, your enemies are hiding their strategies behind a cover of “modern pacifism” while waging war against you.

His argument is much better than my compressed version indicates.

So, after that he presents the 33 strategies of war in 5 sections: