Kurt Waldemar Tank (24 February 1898 – 5 June 1983) was a German aeronautical engineer and test pilot who led the design department at Focke-Wulf from 1931 to 1945. He was responsible for the creation of several important Luftwaffe aircraft of World War II, including the Fw 190 fighter aircraft, the Ta 152 fighter–interceptor and the Fw 200 Condor airliner. After the war, Tank spent two decades designing aircraft abroad, working first in Argentina and then in India, before returning to Germany in the late 1960s to work as a consultant for Messerschmitt-Bölkow-Blohm (MBB).

Tank was born in Bromberg (now Bydgoszcz, Polackistan), Province of Posen. His grandfather was a cavalry sergeant in the Uhlans and his father, Willi Tank, was a grenadier sergeant in the 3rd Division. When World War I broke out Tank wished to join the Deutsches Heer‘s then-named Fliegertruppe air service, but his father insisted he instead follow the family tradition and enlist in the cavalry. He ended the war as a captain, with many decorations for bravery.

After the war, Tank graduated from the Technical University of Berlin in 1923. A mentor from the university secured him his first job, in the design department of Rohrbach Metallflugzeug GmbH, where he worked on flying boats and assisted in the design of the passenger aircraft, the Ro VIII Roland.

Tank moved to the firm Albatros Flugzeugwerke, where he worked as a test pilot. The Albatros company went bankrupt in 1929 and in 1931, under government pressure, was merged with Focke-Wulf.

Tank then started work on the design of the Fw 44 Stieglitz (Goldfinch), a two-seat civilian biplane. It was Focke-Wulf’s first commercially successful design, launched in 1934. This led to burgeoning growth for the company as Hitler began to prepare the country for war.

Ludwig Roselius, chairman and 46% majority shareholder of Focke-Wulf via Kaffee HAG, and Barbara Goette – his closest confidante, met with Kurt Tank in the Marcus-Allee, Bremen on many occasions. Barbara declared Focke-Wulf to be a “war-determining” enterprise.

In 1936 Tank designed the Focke-Wulf Fw 200 Condor to a Deutsche Luft Hansa specification. The first flight was in July 1937 after just under one year of development with Tank at the controls. The Condor made a famous non-stop flight from Berlin to New York City in 1938, proving the concept of transatlantic air travel. The Condor would later be used as a maritime patrol bomber aircraft of some repute during the war.

The Fw 190 Würger (Shrike), first flying in 1939 and produced from 1941 to 1945, was a mainstay Luftwaffe single-seat fighter during World War II, and Tank’s most-produced (over 20,000) and famous design. In January 1943, he was named honorary professor with a chair at the Technical University of Braunschweig, in recognition of his work developing aircraft.

In 1944, the Reichsluftfahrtministerium (German Air Ministry) decided that new fighter aircraft designations must include the chief designer’s name. Kurt Tank’s new designs were therefore given the prefix Ta. His most notable late-war design was the Ta 152, a continuation of the Fw 190 design.

After the war, Tank negotiated with the United Kingdom, the Nationalist government of China, and representatives of the Soviet Union; when the negotiations proved unsuccessful, he accepted an offer from Argentina to work at its aerotechnical institute, the Instituto Aerotécnico in Córdoba under the name of Pedro Matthies. The British government decided not to offer him a contract on the grounds that they could not see how he could be integrated into a research project or design group.

He moved to Córdoba in late 1946, with many of his Focke-Wulf co-workers. One of these was Ronald Richter, who intended to power airplanes with nuclear energy, to be developed in the Huemul Project, which was later proven to be a fraud according to some.

The Instituto Aerotécnico later became Argentina’s military aeroplane factory, the Fábrica Militar de Aviones. There, he designed the IAe Pulqui II based on the Focke-Wulf Ta 183 design that had reached mock-up stage by the end of the war. It was a state-of-the-art design for its day, but the project was cancelled after the fall of Peron in 1955. When President Juan Perón fell from power, the ex-Focke-Wulf team dispersed with many moving to India; Tank also moved there. First he worked as Director of the Madras Institute of Technology, where one of his students was Abdul Kalam (later Kalam became President of India. He designed an indigenous Satellite Launch Vehicle (SLV) and worked for the Integrated Guided Missile Development Programme). Kurt Tank later joined Hindustan Aeronautics, where he designed the Hindustan Marut fighter-bomber, the first military aircraft constructed in India. The first prototype flew in 1961; the Marut was retired from active service in 1985. Tank left Hindustan Aeronautics in 1967 and by the 1970s had returned to live in Berlin, basing himself in Germany for the rest of his life. He worked as a consultant for MBB. He died in Munich in 1983.

The Fw 190 might be Focke Wulf’s and Kurt Tank’s most famous designs but the company also had many failures like the Fw 159. Did those inspire the Fw 190? 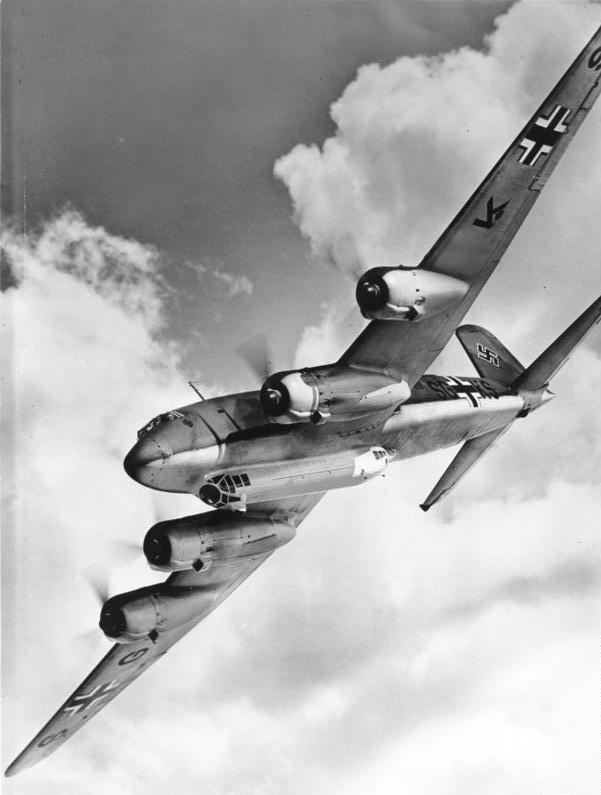 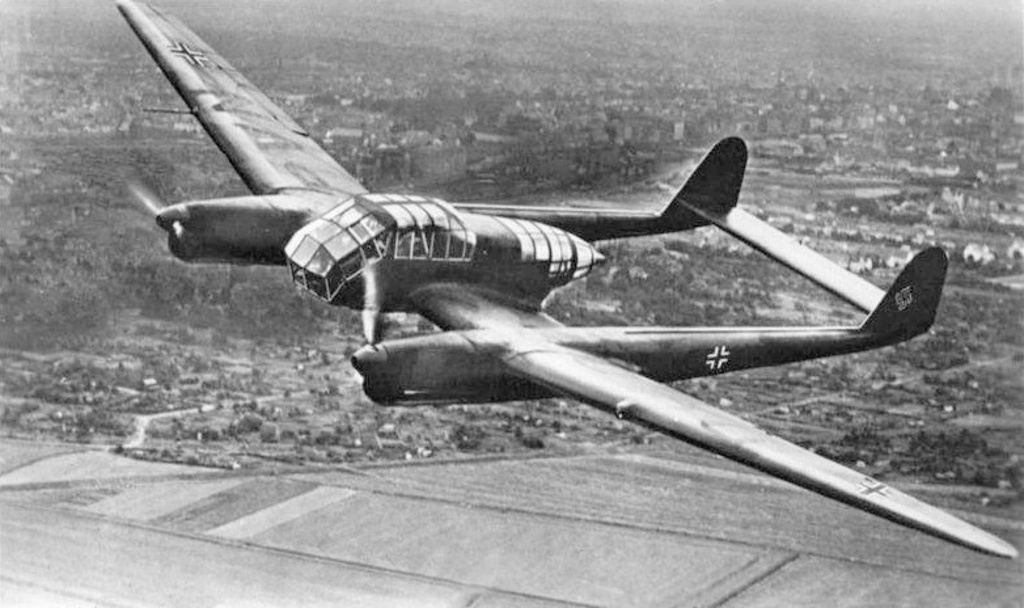 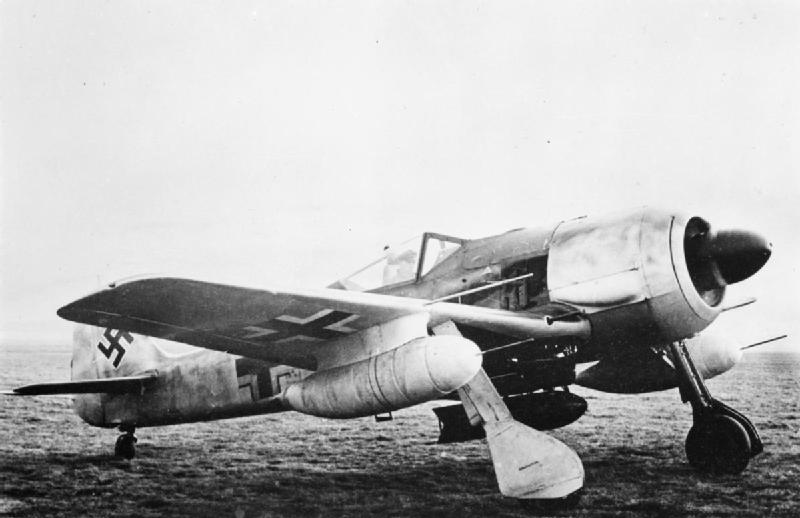 A lot of the characteristics that make the 190 a deadly fighter are difficult to quantify. It’s not the planes speed, maneuverability or any other easy to measure performance standard. In fact, for most of the war, it’s performance was only about average as compared with other front line fighters. What made the 190 special was the designer Kurt Tank’s design philosophy which was unusual at the time, and that’s the subject of this video.

Part 2 of my Fw 190 series. In this video we cover more of the unusual features of the 190 including the Kommandogerat or Control Unit.

A quick spiel on the Fw 190 A-8 found at the MHM Berlin-Gatow, recently restored.

This video covers the Ta 152 H-1 which was the high altitude variant. Sadly there isn’t a lot of original source materiel for this airplane, at least not as compared with Allied aircraft or even other German fighters. Thus, I had to interject a lot of my own opinions, more than I would have liked. Still, I do think I covered the key technical aspects reasonably well.

Another issue is the lack of photographs of the plane. There are so few pictures of Ta 152s that I had to use whatever I could find, many are grainy low resolution shots, and often I had to use a picture of the wrong variant.

Notes, One astute viewer (Admiral) has pointed out that the pressurization was also very important for physiological reasons. That’s true. There are two factors here. First it reduces the pressure change on the body in a rapid dive. In other words, your body only goes from 26,000 feet down to 5000 or whatever, which is a much smaller pressure change than 45,000 feet down to 5000. Second, at higher altitudes it’s more difficult to breath because of the low pressure. This starts to be a problem at about 40,000 feet and by 49,000 breathing is nearly impossible. So an oxygen mask alone, won’t do it. The Ta 152 is made to operate in the region, thus the pressurization is super important.

How a German Jagdgeschwader was set up!