The Parkhotel Rheydt is a former bourgeois residence in the Rheydt district of the city of Mönchengladbach in North Rhine-Westphalia, Hugo-Junkers-Straße 2.

The two- to three-storey corner building was built in 1898 for the manufacturer Paul Froriep by the architect Robert Neuhaus and entered on 6 March 1989 under no. H 052 in the list of monuments of the city of Mönchengladbach.

The building is worth preserving as a representatively designed bourgeois residence of historicism, which in Mönchengladbach and Rheydt is one of the most important and high-quality examples of its genre.

Rheydt (German pronunciation: [ˈʁaɪt]) is a borough of the German city Mönchengladbach, located in the west of North Rhine-Westphalia. Until 1918 and then again from 1933 (due to a split from Mönchengladbach arranged by Joseph Goebbels, who was born there) through 1975 it was an independent city. After merging with Mönchengladbach, the central station (Rheydt Hauptbahnhof) kept its original name, making Mönchengladbach the only city in Germany to have two stations called Hauptbahnhof.

Schloss Rheydt, one of the best-preserved palaces of the Renaissance period, is located in Rheydt. 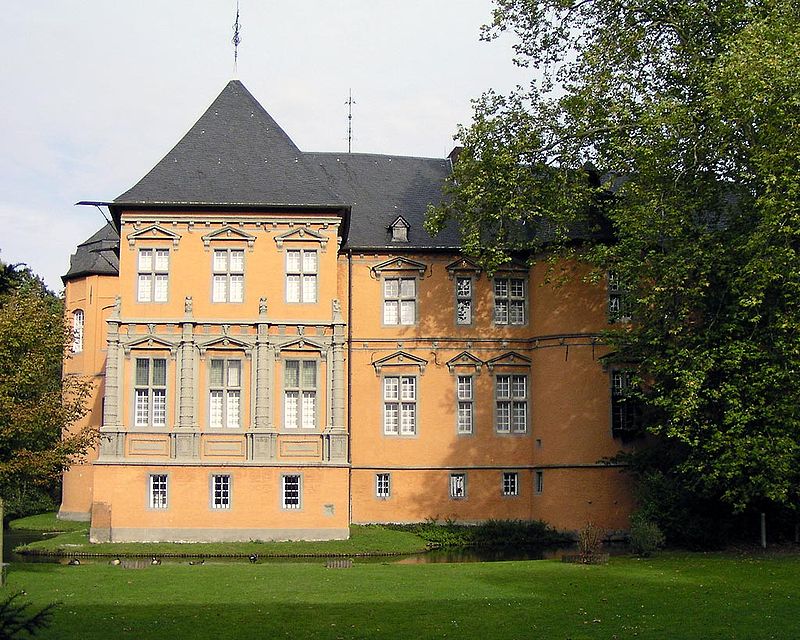