Lanke Castle is a former property of the count’s family of Redern in the village of Lanke near the Hellsee. It was extended and redesigned in the middle of the 19th century as a two-storey plaster building in the style of the French Renaissance by the architect Eduard Knoblauch, based on a baroque country house. After the transfer to Berlin in 1914 and several conversions, it has been privately owned again since 2006. The new owner, with the support of the Brandenburg Heritage Protection Authority, had the building renovated for private residential purposes, holiday apartments and cultural use.

During the 1930s and 1940s, Lanke Castle had an eventful history. In 1939, the Reichsarbeitsdienst [Reich Labour Service] was housed in the premises, from June 1945 a hospital and in the same year a Soviet command. In 1947, it was decided to transform it into a hospital. Lanke, who until then was under the control of the Berliner Stadtgüter GmbH as the Lanke estate administration, became the Volksgut Lanke in 1949. At the inauguration as a hospital on January 12, 1951, the institution received the honorary name after Gertrud Seele, the nurse and resistance fighter. After the closure of the hospital in 1966, the castle stood empty for two years, then became an outpost of the Eberswald district hospital with predominantly nursing tasks and was used until the 1990s.

Main entrance of the vacant castle in 2008; it still bears the lettering Gertrud-Seele-Haus
After the nursing home moved out at the end of the 1990s, the buildings stood empty for several years. In 2005 the Land of Berlin rented the Schlossensemble to the association Temporär e.V. for interim use, which organized cultural events here in the summer, but did not develop any activities for the preservation of the buildings or the park.

The castle was finally sold by the Land of Berlin and has been privately owned since 2006. It was renovated between 2011 and 2014. In addition to the living areas, a salon for cultural events and holiday apartments was created.

In the park against the backdrop of the castle, with the support of the new owners, individual events have already taken place, such as photo- and filming, or in the summer of 2009 a charity jazz concert, which raised funds for the restoration of the chapel of the Lanker cemetery. Further such events are planned.

Schloss Lanke served as the filming location for the film, Erledigung einer Sache in 2013.

The private commitment to the renovation of Lanke Castle ensures both the preservation of the listed complex and the contact with the residents of Lanker and their guests. 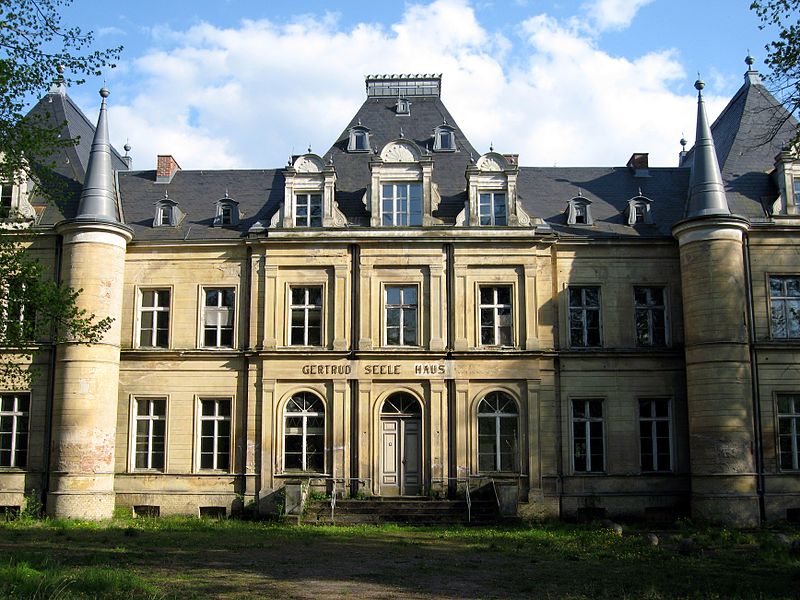