Nicknamed “Hitler’s Zipper,” the MG 42’s ominous and terrifying “ripping cloth report” announced to all the presence of the best machine gun available.

The MG 42, possibly the best machine gun ever created, originated as a replacement for the German Army’s standard machine gun, the MG 34, which first came into service in 1936. Designed by Louis Stange of the Rheinmetall-Borsig AG (referred to simply as Rheinmetall) located at Sommerda, the MG 34, at the start of World War II, was the Third Reich’s preferred general purpose machine gun (GPMG) and was intended to replace the heterogeneous collection of automatic infantry weapons then in service as befitted the new German “one-gun-fits-all” philosophy. 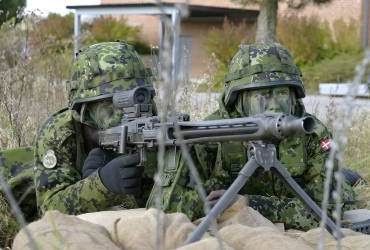 German Auto and Semi-Auto Weapons, up to 1945