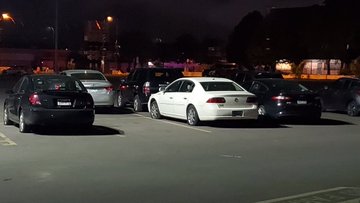 Minnesota State Troopers and deputies from the Anoka County Sheriff’s Office thought it was a good idea to slash tires of unoccupied parked cars during a protest in Minneapolis. Minnesota Department of Public Safety spokesperson Bruce Gordon said the officers slashed tires of cars to “stop behaviors such as vehicles driving dangerously and at high speeds in and around protesters and law enforcement,” which is odd because cars parked in a Kmart parking lot can’t move. The cops also said they disabled cars that “contained items used to cause harm during violent protests” like rocks and pieces of concrete, but according to Mother Jones, the drivers included “protesters, news crews, and medics.”

Cops slash dozens of car tires, then lie about why they did it.