& #Antifa vandals have been hunted down & beaten senseless all day. British media covers it up, talking about clashes with ”EDL racists”. #BBC being the worst of them

Whilst the media and the left are attempting to spin a narrative of 'far right thugs' besieging the capital, they are all too happy to ignore the gangs of black youths & Antifa who are out in force attacking white people. pic.twitter.com/urct3AgjPP

Lone white men are being lynched across London as I type, not a policeman in sight.

London metro police stop a crowd of peaceful protesters from stomping a man to death. pic.twitter.com/2VxIPvscIr 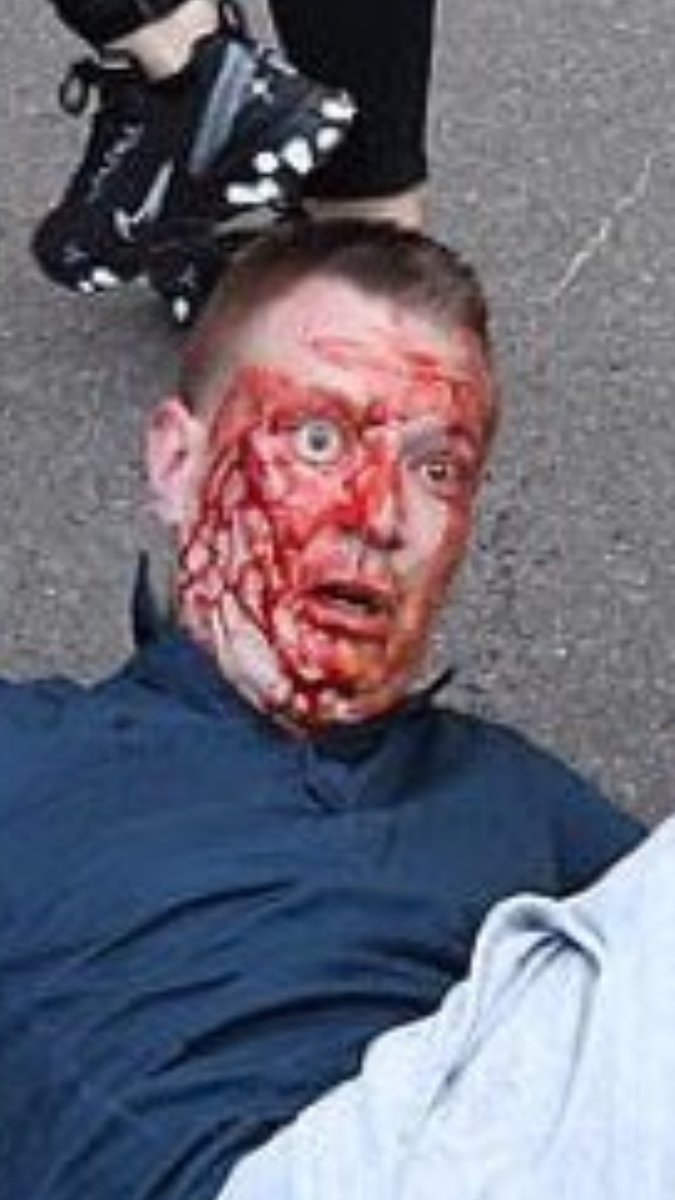 This was the moment when a black man stabbed a white man in the throat at today’s protests.

If this had been the other way around & a white man had stabbed a black man it would be front page news tomorrow, however I fully expect the media to ignore this horrific attack.