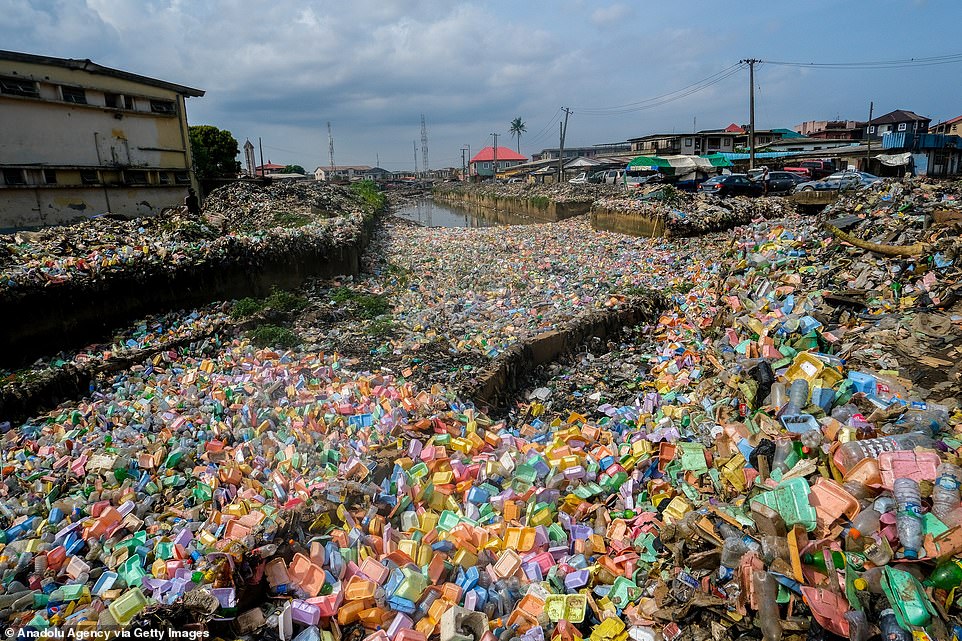 An entire neighbourhood in Nigeria has been left swamped with mountains of rubbish following torrential rainfall over the weekend.

The ground of Surulere in Lagos was barely visible as thousands upon thousands of coloured polystyrene packages, bottles, and cartons swamped the area.

Residents were seen wading through the thigh-high piles of waste as rubbish collectors resorted to using diggers to plough through the heaps of garbage.

Some residents in Lagos – which was once considered one of the dirtiest cities in the world – blamed poor drainage and a lack of government action over the mess.