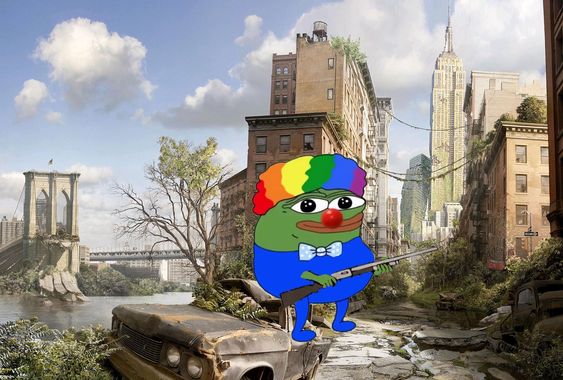 YES, we live in interesting times. The current eruption of social disorder following the death of a petty Negro criminal while in police custody is being touted by the mainstream media as a “transformative moment” in American history. Ordinary Whites, we are told by the media masters of illusion, now side with Black criminals against the police. We are sure that many stay-at-home TV-citizens are taken in by this charade — but not us.

The criminal in question, George Floyd, died after police officer Derek Chauvin apparently used excessive force in restraining Floyd after the Negro had already been peacefully taken into custody by other officers. Chauvin, we note, is a race-mixer whose wife is a member of the primitive Hmong tribespeople from Vietnam. Thus, he can hardly be said to be a “White racist” in any comprehensive sense. Chauvin knew Floyd personally (they had worked together) and it seems likely that the alleged mistreatment of Floyd while in custody stemmed from a personal beef between the two, rather than any “systemic racism” on the part of Chauvin. We assume that there will be a trial and that the facts of the matter will be brought to light.

But the media never lets the facts and the truth get in the way when there is an overriding anti-White agenda to be fulfilled. Before Floyd’s body was even cold, the media had voluntarily adopted the narrative put forth by Black extremists, that Chauvin was a “White supremacist” and that the police in general manifest systemic racism.

Laughably, the extreme leftwing mayor of Minneapolis, the Jew Jacob Frey, told reporters that he had “suspicions” based on “unconfirmed evidence” that the mayhem and destruction was caused by “White supremacists,” at least in part.

People watching their televisions at home, a captive audience because of the COVID-19 lockdown, were led to believe that the violence was a spontaneous reaction on the part of the Black population, that had been pushed past its breaking point.

The truth, however, is that the violence was far from spontaneous.

Some two months earlier, on February 23, another Negro criminal had been killed while being apprehended. In Georgia, Ahmaud Marquez Arbery died when struck by the blast from a shotgun that he tried to wrest from the hands of a White citizen who was making a private person’s arrest of Arbrey. The Negro had been seen running from the site of a burglary or attempted burglary in an all-White community. He had been tracked down by a former police officer who tried to take him into custody. Arbrey refused to go peacefully, and instead, with the stupidity characteristic of a certain class of Blacks, attempted to seize the weapon pointed at him.

Black extremists and their leftwing apologists immediately termed the death as “murder.” Arbrey, they said, was a “jogger” who had been “racially profiled” by “White racists.” The media quickly picked up on this narrative, although it was aware that it was seriously flawed. Calls for a violent reaction to the killing appeared across social media from Blacks, Marxists, Jews and deracinated Whites who called themselves Black “allies.” White nationalist discussion boards warned that a major “chimp-out” was in the offing, using a humorous term for Negro rioting.

But although there was notable anger and tension among the anti-Whites, nothing happened. That, as we said, was in February.

Older readers here will remember that yearly Negro rioting took place in American cities from 1965 through 1970. Each May would usher in what was called the “rioting season,” which lasted until the beginning of September. The riots followed a pattern: a Black criminal would be killed or injured while being arrested, and then his racial kinsmen would run amok for several days.

The 1965 outbreak in the Los Angeles Watts ghetto was the first of these riots; the riots that followed the murder of Martin Luther King in 1968 were the most violent and widespread. Generally, the riots would be suppressed by the use of lethal force by the police or National Guard. In some cities, over two dozen people were killed; occasionally these were random Whites or police officers, but mostly it was Black rioters who died.

The riots following the death of George Floyd followed the general pattern of the 1960s riots, except that leftwing, Democratic mayors told their police forces to stand down, and not confront the rioters unless someone’s life was in danger. Once the rioters — whether Negroes or White “allies” — realized that they were not going to be shot or arrested, the disorders grew. In some cities, pallets of bricks and barrels of empty glass bottles mysteriously appeared on the streets in the daylight hours before the nighttime violence broke out. This led astute observers to conclude that the riots were not as spontaneous as the media reported they were.

Eventually the rioting died out but large protests commemorating the newly-canonized St. George Floyd have continued. The media is quick to point out that, unlike the past, there are many, many White people joining in the Black Lives Matter marches. What they want you to believe is that these are White people who have been newly converted to the BLM cause. In most cases, however, the White BLM marchers are simply liberals and race-mixers who have been in the BLM camp all along, but who have been too lazy to march. Now, spurred on by the intensive media focus on the issue, along with COVID-19 lockdown cabin-fever, these types have been energized and are taking to the streets.

But among the broad masses of American Whites who live outside the large cities, there is little or no support for the BLM marchers or their allies. Indeed, we have noticed that non-urban Whites have begun to turn out to confront BLM and Antifa invaders who have attempted to cause disruption in their communities.