The Heinkel He 111 is one of the most famous aircraft to come out of WW2. As a Luftwaffe bomber, the Heinkel was the mainstay of the German Air Force for a long time. After the war, it saw continued service in Span as the CASA 2.111. 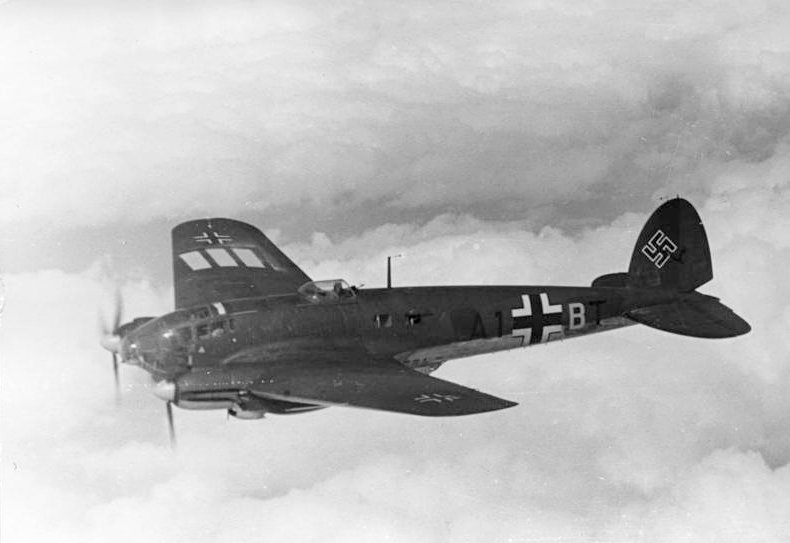 The Heinkel He 111 was a German bomber aircraft designed by Siegfried and Walter Günter at Heinkel Flugzeugwerke in 1934. Through development it was described as a “wolf in sheep’s clothing“. Due to restrictions placed on Germany after the First World War prohibiting bombers, it masqueraded as a civil airliner, although from conception the design was intended to provide the nascent Luftwaffe with a fast medium bomber.

Perhaps the best-recognised German bomber due to the distinctive, extensively glazed “greenhouse” nose of later versions, the Heinkel He 111 was the most numerous Luftwaffe bomber during the early stages of World War II. The bomber fared well until the Battle of Britain, when its weak defensive armament was exposed. Nevertheless, it proved capable of sustaining heavy damage and remaining airborne. As the war progressed, the He 111 was used in a variety of roles on every front in the European theatre. It was used as a strategic bomber during the Battle of Britain, a torpedo bomber in the Atlantic and Arctic, and a medium bomber and a transport aircraft on the Western, Eastern, Mediterranean, Middle Eastern, and North African Front theatres.

The He 111 was constantly upgraded and modified, but became obsolete during the latter part of the war. The German Bomber B project was not realised, which forced the Luftwaffe to continue operating the He 111 in combat roles until the end of the war. Manufacture of the He 111 ceased in September 1944, at which point piston-engine bomber production was largely halted in favour of fighter aircraft. With the German bomber force virtually defunct, the He 111 was used for logistics.

Production of the Heinkel continued after the war as the Spanish-built CASA 2.111. Spain received a batch of He 111H-16s in 1943 along with an agreement to licence-build Spanish versions. Its airframe was produced in Spain under licence by Construcciones Aeronáuticas SA. The design differed significantly in powerplant only, eventually being equipped with Rolls-Royce Merlin engines. The Heinkel’s descendant continued in service until 1973.

The He 111Z Zwilling (English: Twin) was a design that entailed the mating of two He 111s. The design was originally conceived to tow the Messerschmitt Me 321 glider. Initially, four He 111 H-6s were modified. This resulted in an aircraft with twin fuselages and five engines. They were tested at Rechlin in 1941, and the pilots rated them highly. 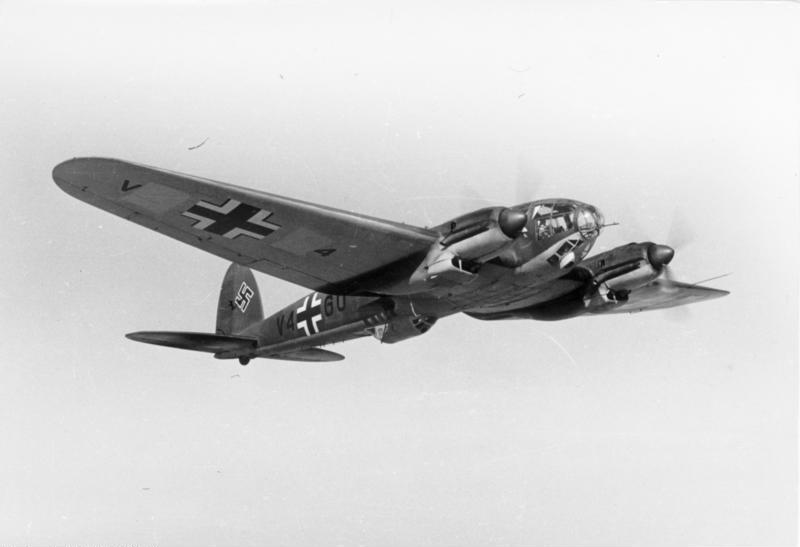