The Lynx family has been designed as a highly protected tracked armoured vehicle to fill a gap identified in the market by Rheinmetall. It was first shown publicly in June 2016, and in the lighter KF31 configuration.

On June 4, 2018 Rheinmetall issued a press release informing that the larger Lynx KF41 would debut twice in different configurations at the upcoming Eurosatory defence exhibition later that month. Following the unveiling in IFV configuration on 12 June the vehicle was reconfigured as a command variant, which was unveiled on 13 June. The First configuration would be as an infantry fighting vehicle with the new LANCE 2.0 turret, and then after refitting on site, configured as command variant.

As of May 2020 Rheinmetall have proposed the Lynx in Australia, Czech Republic, the United States and, according to Spring 2020 investor call transcripts, they are reportedly in the final phase of negotiations with Hungary regarding an order over €2B ($2.3B in May 2020) worth of infantry fighting vehicles, rumored to be about 210-220 Lynx units.

The Lynx is built around a sponson-shaped hull with a long, shallow glacis and angled belly plate. The driver compartment is at the front left, the engine the front right, fighting compartment in the middle (when fitted with a turret) and there is a dismount compartment at the rear, access to which is via a ramp in the rear of the vehicle.

A key feature of the Lynx design concept is the separation and modularity of the vehicle into two primary parts: the basic vehicle and specialist mission and role equipment. Lynx variants are designed around a common drive module with scalable armour and armament options upon which the mission kits are installed. Available kits currently include an IFV as well as an APC. For the former, a turret is fitted to the roof of the hull, for the latter the turret is removed and replaced by a roof plate that includes an array of vision devices and an ROWS. It is understood that this transformation can be carried out near to, or in the field, within eight hours. Future variants will include command, engineer reconnaissance, and joint fires vehicles all armed with the standard turret, as well as non-turreted versions including repair, recovery, combat engineer, and ambulance.

According to Rheinmetall, this design approach combines the functional, cost and through life advantages of a modular structure, and the weight, space and cost advantages of an integral hull design. 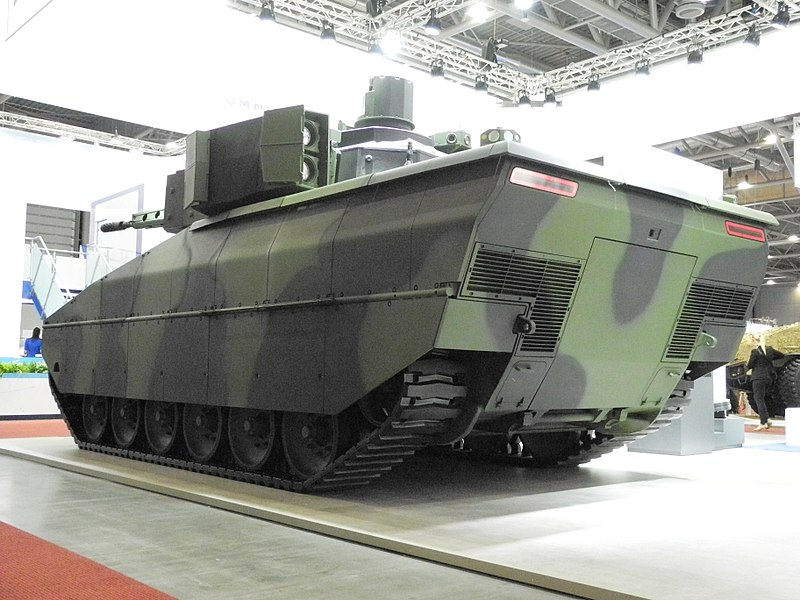 The power pack located at the front right consists of a Liebherr diesel coupled to either an Allison X300 series 6F/1R or Renk HSWL 256 automatic transmission. The Liebherr diesel is of the common rail type and fitted with a two-stage turbocharger and two stage intercooler. Power output varies from 755 hp (KF31) to 1,140 hp (KF41). The exhaust (right) and engine cooling (left) are routed to the rear of the vehicle to reduce its thermal and acoustic signature. Final drives are mounted in the front and the idler sprockets with track tensioners are mounted at the rear. The running gear has six road wheel stations per side, which guide a lightweight steel or segmented rubber band-type track. The rubber-tyred road wheels are mounted on a suspension system comprising swing arms with conventional torsion bars and a SupaShock damper systems, this set-up is proven to be reliable and cost-efficient.

The Lynx is fitted with as many mature sub-systems as possible in order to facilitate maintenance. The KF41 transmission is the same as that used in the Puma and Ajax vehicles, the Liebherr engine is used in the construction industry, and the driver’s station is taken from the Kodiak armoured engineering vehicle. The NBC system is the same as that installed on Boxer and the tracks are identical to those used on the PzH 2000.

The driver is located to the left front side of the hull and is furnished with three periscopes, one of which can be replaced with a night vision alternative. The rear crew compartment is designed as a mission neutral space with the incorporation of C-rails and a pattern of universal fixing points on the walls and floor. This provides a flexible configuration for all mission specific equipment. A large power-operated rear ramp allows for rapid ingress/egress of dismounts. 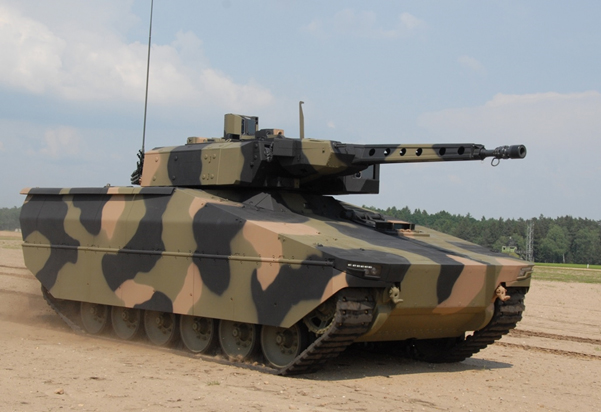 The vehicle’s ballistic steel armour is designed to protect the Lynx from anti-tank weapons, medium-caliber ammunition, artillery shrapnel and bomblets. The interior is fitted with a spall liner to protect the crew, while the vehicle also features decoupled seats in addition to mine and IED protection packages that include a double floor.

The heating, cooling and nuclear, biological and chemical filtration system is combined in an environmental control system stowed in the rear-located left sponson in front of the cooling system. Air ducts lead to the floor and to an air duct interface on the top end of the hull.

Additional active protection can be provided for shaped charge warhead attack using Rheinmetall’s Active Protection System AMAP-ADS. A range of passive protection and defensive aids are also available. They include a rapid obscuration system (ROSY), laser warning system and acoustic shot locator system. These are integrated in the Lance turret when it is fitted along with automatic target recognition and automatic target tracking.

The vehicle as shown at Eurosatory 2016 is outfitted with a LANCE turret mounting a stabilized, externally powered, autocannon of 30 mm or 35 mm caliber, with airburst munition support. This allows the Lynx to engage targets at ranges of up to 3,000 meters, both when static and when on the move. The vehicle’s main armament has an elevation of between +45˚ and −10˚ and has a controlled rate of fire of 200 rounds per minute. Mounted coaxial to the right is the latest Rheinmetall Machine Gun (RMG) 7.62 mm, which can fire standard 7.62 × 51 mm NATO ammunition and has a maximum rate of fire of 800 rounds a minute. The turret has manual back-up in case of power failure.

The IFV variant of the KF41 variant shown at Eurosatory 2018 was fitted with the updated LANCE 2.0 turret, this having flexible mission pods fitted on the left and right sides so that a variety of subsystems can be installed to provide the turret with specialist capabilities.

The Lynx family of tracked armoured vehicles is based around two primary models, the KF31 and a slightly larger but considerably heavier KF41. Both models can be configured for a variety of roles that include command and control, armoured reconnaissance, surveillance, repair, recovery or ambulance operations in addition to infantry fighting vehicle configuration.

This model, first displayed at Eurosatory 2016, has a maximum permissible gross vehicle weight of 35 to 38 tonnes, is 7.22 meters long and can carry a crew of three plus six passengers. Powered by a 750 hp (563 kW) engine, the vehicle can reach a top speed of 65 km/h.

This model, as displayed for the first time at Eurosatory 2018, has a maximum permissible gross vehicle weight of up to 50 tonnes. The KF41 can carry a crew of three plus eight passengers. It is powered by an 850 kW (1,140 hp) engine and has a top speed of 70 km/h (43 mph). The KF41 is being offered to the Australian Army for the LAND 400 program. 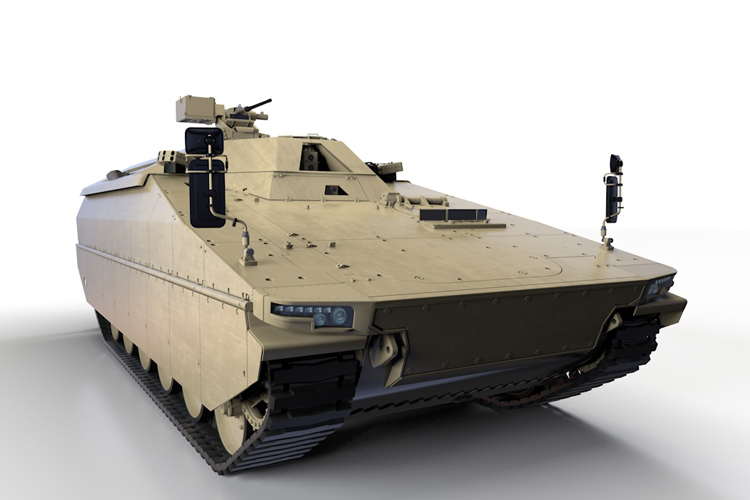 Lynx in repair and recovery configuration.

Lynx in command and control configuration. 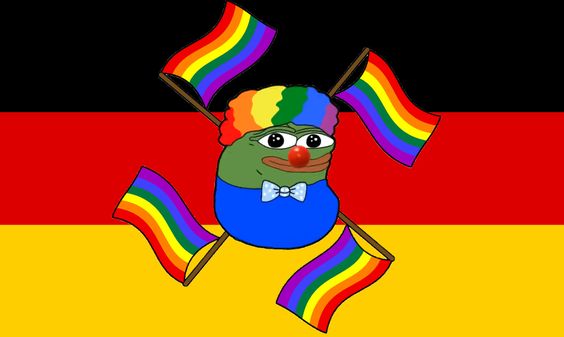 The Unimog. History of an unique vehicle concept