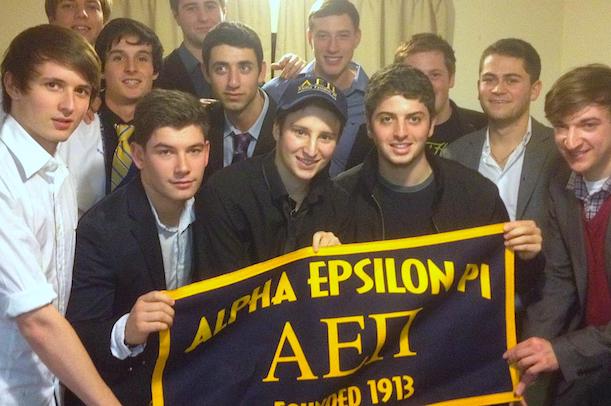 St Andrews University and Police Scotland are investigating dozens of allegations of rape and sexual assault at the prestigious university, including several made against the members of a US-based Jewish fraternity.

Alpha Epsilon Pi has a history of sexual assault and rape allegations and has been the subject of criminal investigations in the United States.

The US-based fraternity has bases in eight universities in the UK, as well as in Israel, France, Canada, Austria and Australia.

St Andrews University has a number of agreements with American universities and receives many American students on study abroad programmes every year….