Baltimore City Hall is the official seat of government of the City of Baltimore, in the State of Maryland. The City Hall houses the offices of the Mayor and those of the City Council of Baltimore. The building also hosts the city Comptroller, some various city departments, agencies and boards/commissions along with the historic chambers of the Baltimore City Council. Situated on a city block bounded by East Lexington Street on the north, Guilford Avenue (formerly North Street) on the west, East Fayette Street on the south and North Holliday Street with City Hall Plaza and the War Memorial Plaza to the east, the six-story structure was designed by the then 22-year-old new architect, George Aloysius Frederick (1842–1924) in the Second Empire style, a Baroque revival, with prominent Mansard roofs with richly-framed dormers, and two floors of a repeating Serlian window motif over an urbanely rusticated basement. 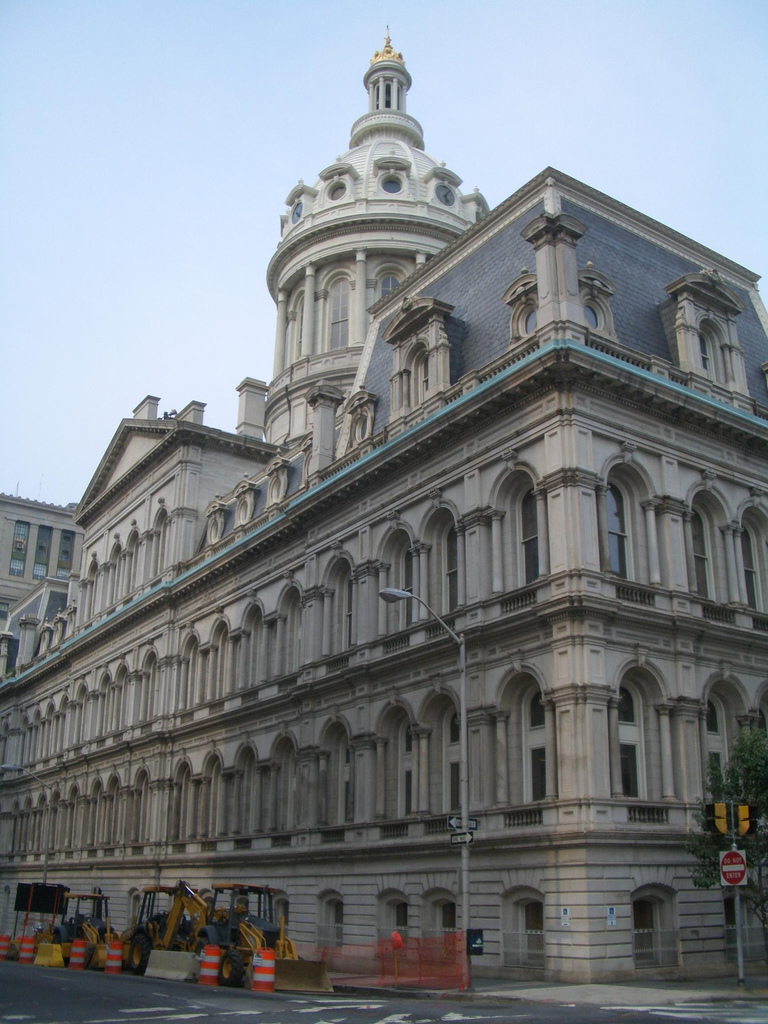