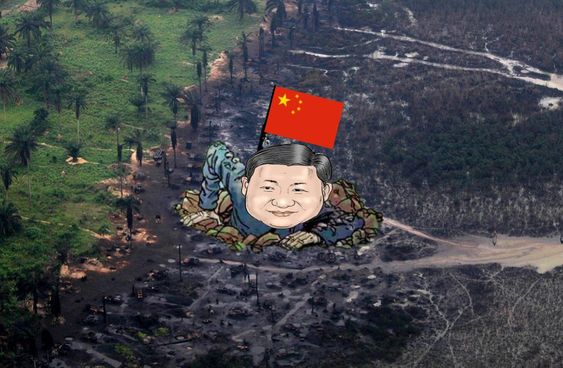 In March, amid the pomp of China’s annual rubber-stamp parliament meetings in Beijing, a politician proudly shared with reporters his proposal on how to “solve the problem of the black population in Guangdong.” The province is widely known in China to have many African migrants.

“Africans bring many security risks,” Pan Qinglin told local media (link in Chinese). As a member of the Chinese People’s Political Consultative Conference, the nation’s top political advisory body, he urged the government to “strictly control the African people living in Guangdong and other places.”

Pan, who lives in Tianjin near Beijing—and nowhere near Guangdong—held his proposal aloft for reporters to see. It read in part (links in Chinese):

“Black brothers often travel in droves; they are out at night out on the streets, nightclubs, and remote areas. They engage in drug trafficking, harassment of women, and fighting, which seriously disturbs law and order in Guangzhou… Africans have a high rate of AIDS and the Ebola virus that can be transmitted via body fluids… If their population [keeps growing], China will change from a nation-state to an immigration country, from a yellow country to a black-and-yellow country.”

Looking deeper into history, evidence suggests a preference for slaves from East Africa in ancient China. African slavery in the country peaked during the Tang (618 to 907) and Song (960 to 1279) dynasties.

More recently, violence broke out after the Chinese government started providing scholarships allowing African students to study in the country in the 1960s. Many Chinese students resented the stipends Africans received, with tensions culminating in riots in Nanjing in the late 1980s. The riots began with angry Chinese students surrounding African students’ dormitories in Hehai University and pelting them with rocks and bottles for seven hours, with crowds later marching through the streets shouting anti-African slogans.

In the past few years, loathing among some Chinese toward foreign men who date local women has led to a recent rise in violent attacks against foreigners.

“The government has never done anything serious to clean up racist ideas created and populated by the [turn-of-the-20th-century] intellectuals and politicians that constructed a global racial hierarchy in which the whites were on the top, Chinese the second, and blacks the bottom,” said Cheng Yinghong, a history professor at Delaware State University who researches nationalism and discourse of race in China.