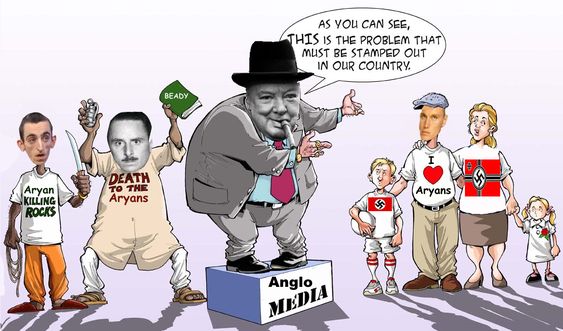 The Eternal Anglo or Angloposting refers to a series of memes, exploitable images and conspiracy theories critical of Britain, and specifically English people, which often reference various historical controversies involving Britain and its alleged transgressions against other nations, primarily Germans. 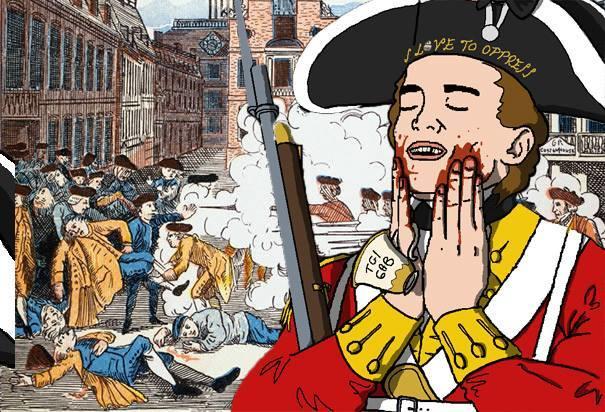 Names to indicate the “Eternal Anglo” have been historically used in anti-British propaganda as far back as the 13th century. The most famous one being “The Perfidious Alboin” which dates to 19th century France, in its original “La perfide Albion”. 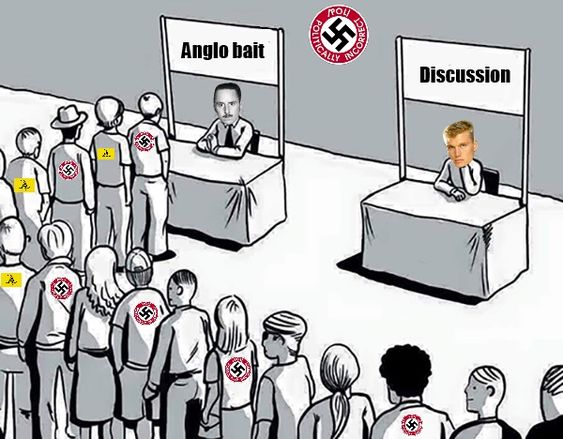 “When will the Aryan nations see through the lies of the Eternal Anglo?” 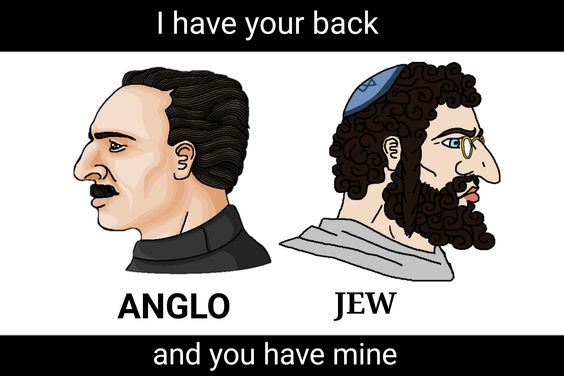 The name “Eternal Anglo” is a reference to the 1940 German propaganda film “Eternal Jew.”

Beady eyes, ANGLO lies
Muffled Aryan women’s cries
Aryan children, big and small
Bomber Harris kills them all
Left, right, right, left
ANGLO sows the seeds of death
Not a stone is left to stand
When ANGLO flies across the land
After starting World War One
The ANGLO’s work was still not done
So joining with the Pole and Jew
He made a new one: World War Two
To sate his thirst for Aryan blood
That he wanted, that he got
Now Dresden is devoid of cheer
Hans have fear; the ANGLO is here 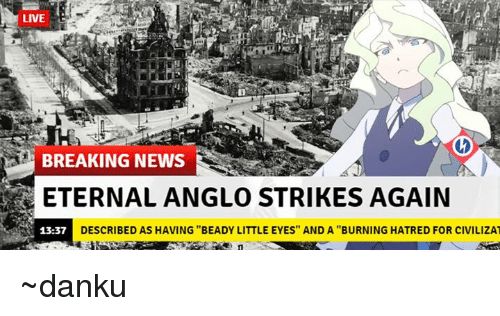 Angloposting on /int/, /his/ and other boards often involves references various historical controversies involving the actions of British politicians and military, specifically the bombing of Dresden which took place during World War II in February 1945 and resulted into extensive civilian casualties among the German population.

Because of this, the “anglos” are often depicted as in a permanent black and white filter, sporting distinctive small and beady eyes, and as pseudo-vampires who have an unquenchable thirst for “Aryan blood” (example shown below)

What fueled the popularity of the meme on /pol/ was the involvement of the Middle Eastern British colony of Mandatory Palestine, which partly developed into the current nation of Israel. 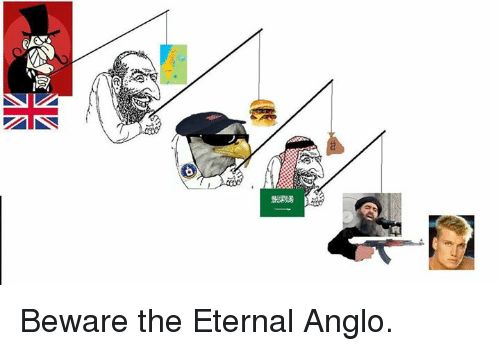 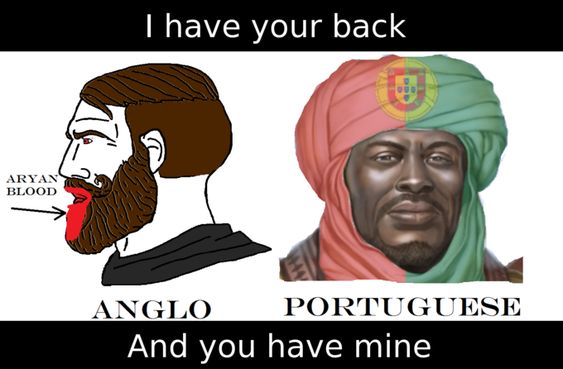 Among other versions, several phenotypes of British people are classified on 4chan based on which ancient people they resemble today. The most popular one is the idea of pure Native Britons still roaming around today and having a set of defining characteristics. 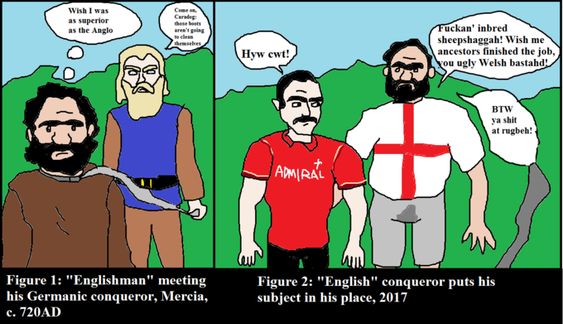 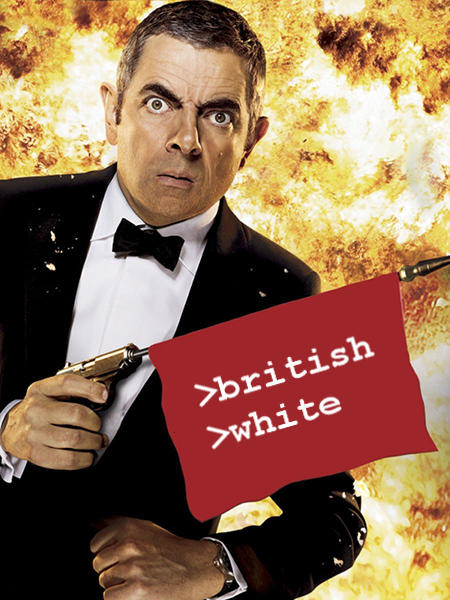 We have the Judeo-Slavic in the East.

The Eternal Anglo in the West

and The ‘open borders’ Mediterranean in the South. 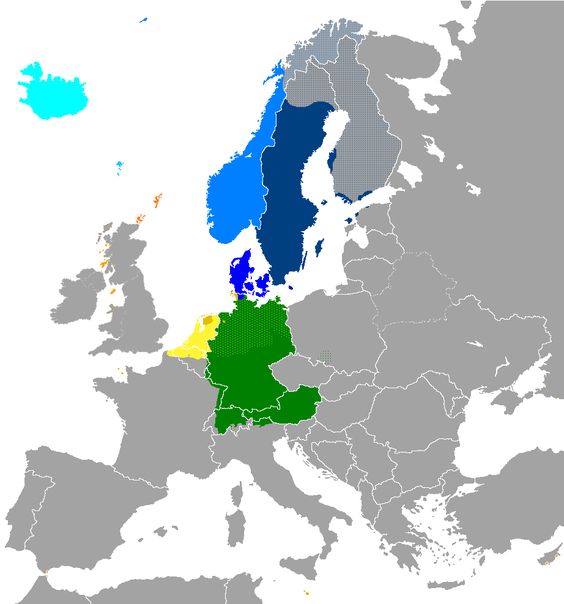 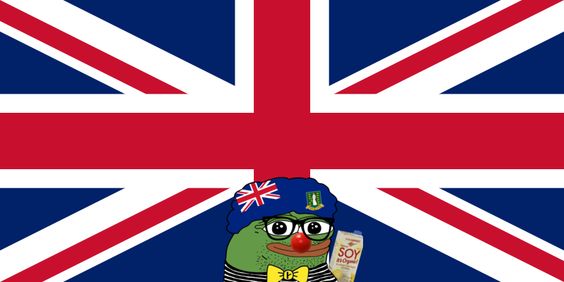