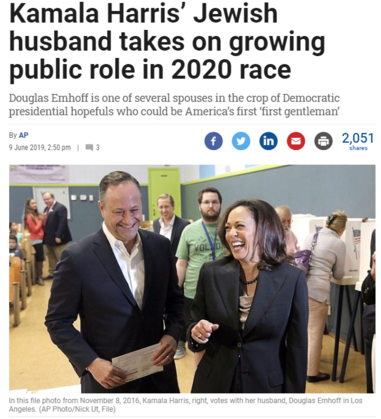 The Times of Israel: “Kamala Harris’ Jewish husband takes on growing public role in 2020 race (…) And coming three years after Hillary Clinton became the first woman to be a major party’s presidential nominee, it shows how the role of political spouses is evolving and could produce America’s first “first gentleman.” ”