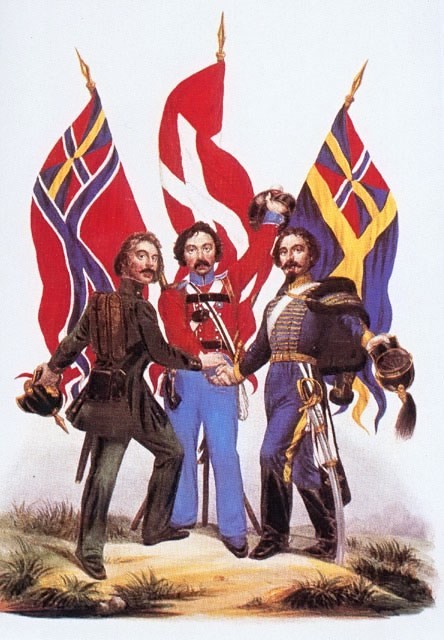 Scandinavian colonialism is a subdivision within broader colonial studies that discusses the role of Scandinavian nations in achieving economic benefits from outside of their own cultural sphere. The field ranges from studying the Sami in relation to the Norwegian, Swedish and Finnish states, to activities of the Danish Colonial Empire and Swedish Empire in Africa and on Caribbean islands such as St. Thomas and Saint-Barthélemy.

Some consider Norse Vikings to be the first Europeans to create colonies in the Americas. The arrival of Leif Erikson, of Iceland, in the Americas occurred 500 years before Christopher Columbus, and it was unintentional, as it was said that his ship was blown off-course on the way to Greenland. Erikson established settlements in what is now modern day Newfoundland, Canada as well as what is now Maine in the United States. In the year 999 c. Erikson’s father, Erik the Red, was one of the first Europeans to establish colonies in Greenland. Iceland was considered the first European country to create colonies in North America and Greenland.

Greenland did not colonize, however, it was colonized by many different Scandinavian countries. Leif Erikson of Iceland was one of the most famous of the settlers of Greenland, and brought Christianity to the country. Greenland was also later colonized by Norway and later Denmark. 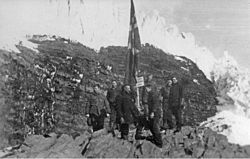 The Norwegian flag was raised by Sandefjord Cove on Peter I Island in 1929.[1]

As an independent state in modern days, Norway occupied Erik the Red’s Land on Greenland from 1931-33. Nils Larsen of Sandefjord‘s expeditions of Antarctica led to Norway’s annexation of Bouvet Island in 1927 and Peter I Island in 1929. Norway also maintains sovereignty of Queen Maud Land on Antarctica. Grytviken, the largest settlement on South Georgia and the South Sandwich Islands, was founded by Sandefjordian Carl Anton Larsen in November 1904. Although never Norwegian territories, many settlements throughout the world were established by Norwegians. Examples include the Norwegian Colony in California, Marburg in South Africa, Joinville in Brazil, and Norsewood in New Zealand.

Sweden had colonies in the Americas and in Africa. However, they were not able to hold onto them due to revolts and political purchases. Overall, the Swedish impact on the new world was not as influential as that of the British, Spanish, and Portuguese; however they retained political, cultural, and economic influence over many colonies. Swedish colonies in Africa include: Fort Christiansborg/Fort Frederiksborg (1652-1658), Fort Batenstein (1649-1656), Fort Witsen, (1653-1658), and Carolusberg (1650-1663). Swedish countries in the America’s include: Guadeloupe (1813–1814), Saint-Barthélemy (1784–1878), New Sweden (1638–1655), and Tobago (1733). The colony of New Sweden can be seen as an example of Swedish colonization. Now called Delaware, New Sweden stood to make a considerable profit due to tobacco growth.

The Danes colonized many areas including holdings in Africa, the Americas, the Atlantic, and Asia. The medieval Norwegians colonized much of The Atlantic, including Iceland, Greenland, and the Faroe Islands, which were later inherited as colonies by the united kingdom of Denmark-Norway. However, both of these nations gradually gained independence and are now fully sovereign within the Danish Empire. In addition, Denmark also colonized parts of “The Americas”, including the Danish West Indies, which was purchased by the United States in 1916, and is now a part of the modern-day U.S. Virgin Islands. Denmark also had trading posts along the gold coast of Africa and India, starting in the early 17th century, but these were sold to the United Kingdom in the mid 19th century

Something is rotten in the state of Denmark