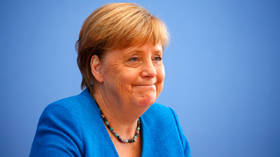 The politician added that European nations will face similar tough decisions for many years to come. “The subject of migration … is not finished. It will be a constant theme for the 21st century,” she said.

Germany: Over One Quarter of the Population from ‘Migrant Backgrounds’