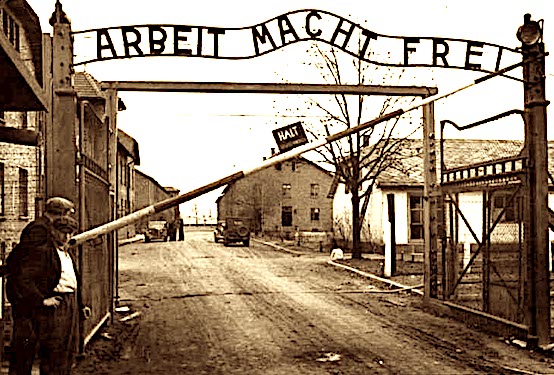 The world’s most ‘respected’ mainstream Holocaust historian, Raul Hilberg, admitted that no documentary proof exists that shows that Hitler either knew or or ordered the “Holocaust” — but he also admitted under oath in a Canadian courtroom that there is no scientific proof of the existence of the alleged ‘homicidal gas chambers’.

One of the most brutal examples of this was at Mittelbau-Dora, near Nordhausen, which used some 60,000 slave laborers, a third of whom perished. This was where Wernher von Braun and his famous rocket scientists developed the V1 flying bomb and V2 rocket, before being brought to the United States after the war, where they became national heroes for their work on the U.S. space program.

Many of today’s leading German industries fully exploited the program, including Deutsche Bank, Siemens, Thyssenkrupp, and BMW, and German companies have generally resisted paying compensation to survivors of the program.

This newly re-discovered document, dated simply September, 1942, is a draft of one of Hitler’s harshest, cruelest directives, the order of Sept. 30, 1942, authorizing his chief of labor deployment Fritz Sauckel to enslave millions of workers from the occupied territories and POW camps.

It instructs Sauckel to “take all necessary measures” to enforce an earlier decree to furnish workers for labor “for the German war-economy.”

I believe that most of the draft document’s value lies in its demonstration and documentation of Hitler’s intense personal interest and involvement in actually establishing and implementing mass murder programs, such as slave labor (as shown by this document) and presumably others, like the Holocaust.

No one has ever found such a document on the Holocaust, signed by Hitler, which helps Holocaust deniers, and skeptical “revisionist historians” like the author David Irving, to argue that Hitler did not order it and did not even know about its massive dimensions and details.