What A Time It Was (Rhodesia) | Russel McLaren

Rhodesian War Stories: In The Name Of Freedom

What will happen to Whites in South Africa, Namibia and later on to Whites in USA, Canada, Australia, New Zealand and North-West Europe?

Troops of the Rhodesian Armoured Corps in 1979

Thanks to Vermont Pride Blog

Even as a kid in Rhodesia, I heard that the Jews, who were mostly Doctors, but also businessmen and mayors, were sending monthly amounts to Israel. They were donating money to some kind of fund inside Israel to “build” the state of Israel. I don’t know all the exact places and mechanisms they were donating with.

Later it was discovered by Rhodesia that Israel under Golda Meir was helping the terrorists in Rhodesia. Rhodesia’s leader, Ian Smith, asked South Africa’s help. South Africa’s President told Israel to stop helping the terrorists OR MONEY FROM JEWS IN SOUTH AFRICA TO ISRAEL WOULD BE STOPPED! The Israeli’s then apologised” and said this was “all a mistake and it would never happen again. So they did not arm the blacks again – that we knew of.

But this threat to cut off monies to Israel clearly really scared the Jews.

I talk to Russel McClaren, an Ex-Rhodesian, about the country’s history, common myths and misconceptions, and how/why it failed and became modern day Zimbabwe.

Remember to check out the channel for more videos.

Remember to check out the channel for more videos. 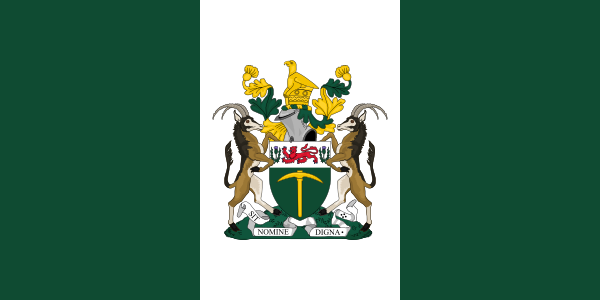 While the Rhodesian forces never really developed a successful antidote to the guerrillas’ mobilization of the masses, they displayed consummate skill in defeating the guerrillas in combat. Even low-calibre units such as the Police Field Reserve could easily repel guerrilla attacks, though the insurgents tended to be more aggressive against units such as Guard Force and Internal Affairs.

In the years 1966-72, guerrilla activity, no matter how small the group, would invite the full attention of regular units and the Rhodesian Air Force. Insurgents were rapidly followed up by helicopter-borne patrols, and if they failed to re-cross the frontier were almost invariably hunted down. But from 1972 both the size and geographical spread of guerrilla incursions rapidly expanded. From 1976 every area of the country became affected by guerrilla operations. There were simply not enough well-trained Rhodesian soldiers to cover all the ground, and as increasing reliance was put on reserves, the problem of pinning down guerrillas so that they could be eliminated by superior firepower and tactics became acute.

Buy the paper version of the book – Amazon – The Book Patch

I am not a conservative because there is nothing left to conserve. Conservatism is slave ideology for yesterday’s men. Conservatives lack the strength, guts, bloodlust, and killer instinct that make winners. I advocate radical, revolutionary change that would make your head spin. I long for force and violence, which, as you well know, is the only way to uphold civilisation. Defending it is a perpetual struggle best left to those who are willing to kill for it. May I let you in on a secret? I dream of war, show trials, separation, liberation, and traitors’ corpses hanging from live oaks. But I suppose I’m getting ahead of myself here.

If Nationalists are to prevail, we first must take on the conservatives. And then the white liberals. Especially the white liberals. Their time will come. My (unsolicited) advice to young Nationalists is to finish university, get a job or found a company, start a family, buy property, infiltrate the power centres. Begin the long march. And above all, network as if your life depended on it. Which, in a way, it does. If you notice a tall, handsome, stylish chap lifting weights at the club or practising marksmanship at the local range, in a suit of Tweed, that would be me. I would be pleased to help ease you and yours into the new paradigm. But understand one thing. Ultimately the question is: Are you willing to do whatever it takes to win? That is the only question that matters. Search your heart for the answer. And cultivate your killer instinct. At some point the gloves must come off and we face our adversaries.

Here’s the story of Rhodesia, a land both fair and great. On 11th of November an independent state. This was much against the wishes of certain governments. Whose leaders tried to break us down, to make us all repent.

‘Cause we’re all Rhodesians and we’ll fight through thick and thin. We’ll keep our land a free land, stop the enemy coming in. We’ll keep them north of the Zambezi till that river’s running dry. This mighty land will prosper for Rhodesians never die.

They can send their men to murder and they can shout their words of hate. But the cost of keeping this land free will never be too great. For our men and boys are fighting for the things that they hold dear. This land and all its people will never disappear.

‘Cause we’re all Rhodesians and we’ll fight through thick and thin. We’ll keep our land a free land, stop the enemy coming in. We’ll keep them north of the Zambezi till that river’s running dry. This mighty land will prosper for Rhodesians never die.

We’ll preserve this little nation, for our children’s children too. For once you’re a Rhodesian, no other land will do We will stand forth in the sunshine, with the truth upon our side. And if we have to go alone, we’ll go alone with pride.

Cause’ we’re all Rhodesians and we’ll fight through thick and thin. We’ll keep our land a free land, stop the enemy coming in. We’ll keep them north of the Zambezi till that river’s running dry. This mighty land will prosper for Rhodesians never die. 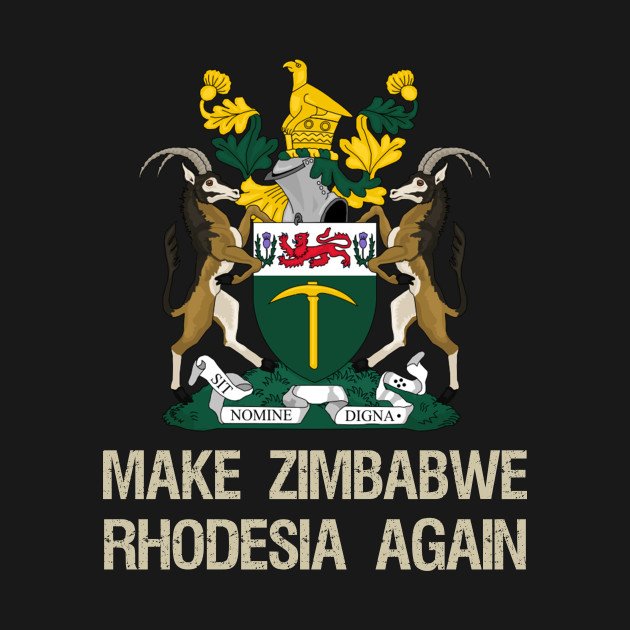